We could not finish the year without doing our personal ranking of the best sneakers 2019. We talked about it every week, we showed you all the limited editions and announced all the collaborations.
A really flourishing year for sneakers. Now no longer a niche accessory, but a real world to which more and more people are approaching.
A constantly evolving market that involved luxury brands, jet set characters, sports champions.
A passion that has become a business in every respect.
But at the end of the year it’s time to take stock.
It’s time to see which sneakers have made their way into the hearts of fans, which sneakers have become a cult item almost finished by now.
And here is our ranking:
Travis Scott x Air Jordan 1 “Cactus Jack”  their release was highly anticipated. In May it was already predictable that they would become one of the most beloved sneakers of 2019. The swoosh designed on the contrary has conquered everyone.

Hajime Sorayama x Dior B23  one of the most hype collaborations we have seen during the year. A special encounter is the one between the Japanese illustrator Hajime Sorayama and the luxury brand Dior. A floral and delicate graphic on which stands a T-Rex robot. 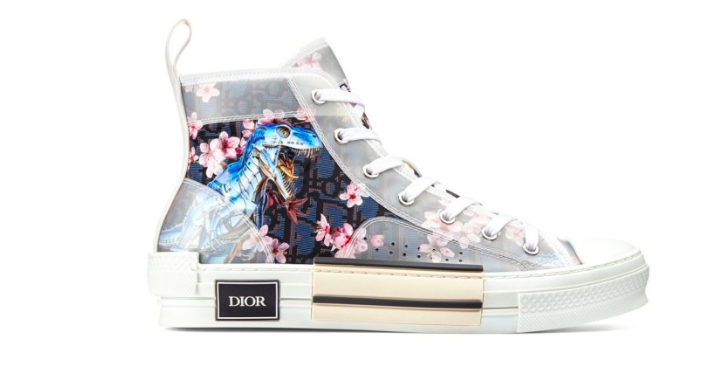 Bodega x New Balance 997S “No Days Off” the meeting between New Balance and the Boston streetwear boutique has created one of the most amazing sneakers of this year. The classic and timeless line that characterizes NB sneakers from 1906 blends with the boldness and colors of Bodega. The sold out was immediate.

SpongeBob SquarePants x Nike Kyrie 5 “SpongeBob”  20 years after the release of SpongeBob, July 7th 1999, Nike wanted to pay homage to the most nice cartoon of the sea with a line dedicated not only to the protagonist but also to friends of the Sponge among which stands out, not only among the sneakers, Patrick the starfish. A fun and witty collection for incurable nostalgics.

Adidas Yeezy Boost 700 v2   we had not forgotten the yeezy. This year they gave their best. Countless versions in which they have been proposed. But this summer line deserves a place in the standings. The upper in breathable suede has left its mark on sneaker history.

WAITING FOR DISNEY-PLUS. ARRIVAL IN ITALY IS EXPECTED FOR THE 31ST OF MARCH.

THE ICON FILMS OF CINEMA FASHION