There has been a new development in the story starring the American designer Alexander Wang and the allegations of sexual harassment brought against him. The allegations began to circulate last December, first on TikTok and later on Instagram. Here Diet Prada had become the first media in the industry to talk about the affair. But in January, in an interview with the Guardian, Wang had denied any accusation, considering them “grotesque and groundless“. But today, she seems to have changed her version.

Yesterday Wang posted an unexpected statement on Instagram. Her post reads: “Several people have come forward to raise charges against me for my past behaviors. I support their right to come forward and tell their story. I listened carefully to what they had to say. It was not easy for them to tell their stories, and I regret having behaved in a way that caused them pain. While we disagree on some details of our interactions, I want to set a good example and use my visibility and influence to encourage others to recognize harmful and harmful behavior. In life, you learn and grow, and now that I’ve learned my lesson, I’ll do better. ” 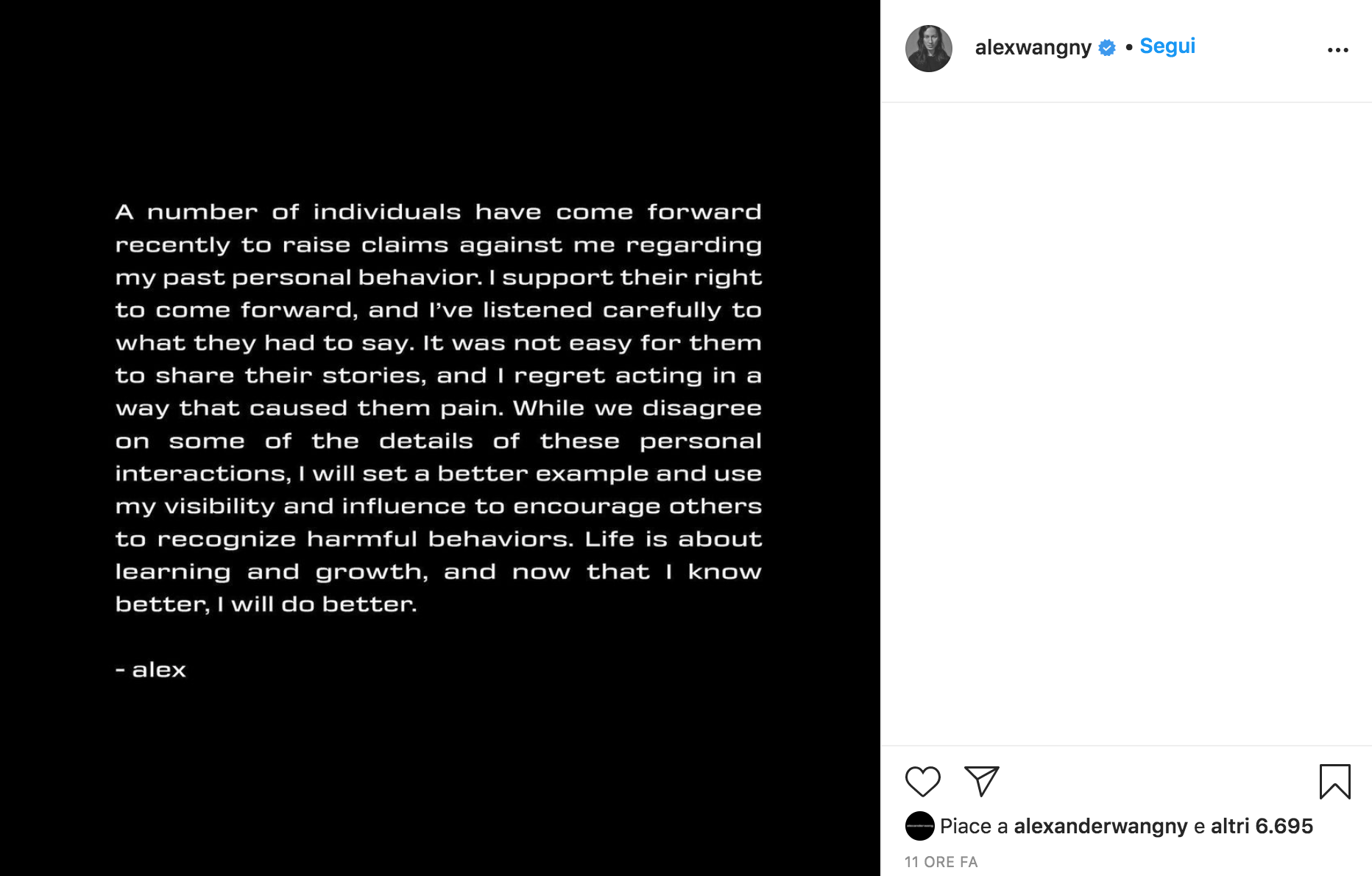 Wang’s statement shortly follows a New York Magazine article that featured other stories describing the designer’s harassment and abuse. Although Diet Prada and publications such as BoF and The New York Times follow the story from the beginning, the story has not profoundly impacted the fashion industry.

Wang, also well known for the after parties and the nightlife linked to his brand, is connected by friendships of a certain caliber: Top models, influencers, actors, singers. The best of the world show biz. But in recent months, none of these people wanted to comment on the story. They preferred to ignore it. Despite the same, they were the first to show solidarity and commitment to the Time’s Up and #MeToo movements.

Ten of the men who shared their experience with Wang decided to be represented by Lisa Bloom. The renowned Los Angeles attorney has represented Harvey Weinstein in the past, as well as former President Trump.