This year marks 10 years since the disappearance of a fashion genius. A rebellious, controversial genius who certainly marked the fashion system for his show fashion shows. We are talking about the British designer Alexander McQueen, who passed away in February 2010, committing suicide in his Mayfair apartment. For the occasion, we decided to remember him and retrace his sartorial stylistic path and how his immense creative force was born, made of the same substance of dreams and restlessness. 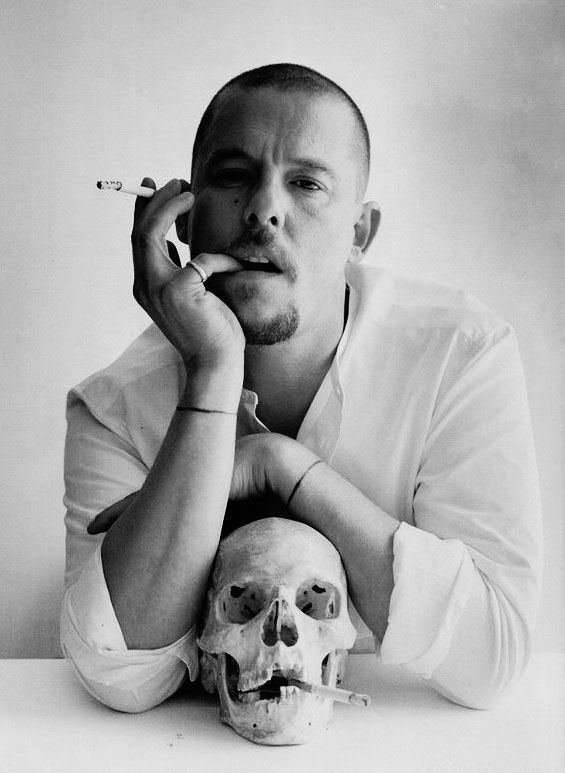 The British designer left school early and at just 16 he started working in the Anderson & Sheppard atelier of Savile Row, where he learned the secrets of haute couture. At the age of twenty he joined the dramatic and imaginary Japanese designer Koji Tatsuno and a year later, in 1990, he arrived in Milan to be part of Romeo Gigli‘s style office. Creative but rebellious, after a warning from the Italian designer, he leaves a mark of his disapproval, sewing the word “Fuck You” hidden from view. In 1992 he decided to undertake a master course at Central Saint Martins College of Art and Design of London and it is here that she strengthens her creative vision, the technical ability in cutting and building. To note her talent (and genius) at the end of the year show was Isabella Blow, assistant to Anna Wintour, creating a collection dedicated to Jack the Ripper and Isabella herself bought every single piece.
Alexander’s rise is constant: he will design the costumes for David Bowie’s 1996 / ’97 tour. From 1996 to 2001 he took over the artistic direction of Givenchy but often went close to him, especially when it came to the most conservative fashion shows, such as Haute Couture. The first collection for the maison is a sensational fiasco and Alexander is troubled, frequent nightmares assail him. His never sterile excesses, and his provocations, never free of charge, earned him the nickname of enfant terrible and hooligan of English fashion. Each fashion show is an event, an iconic masquerade: iconoclastic references and blasphemous notes, dramas in a technological key and, again, allegorical representations of war, anger, death, poetry and rebirth alternate on the catwalk. 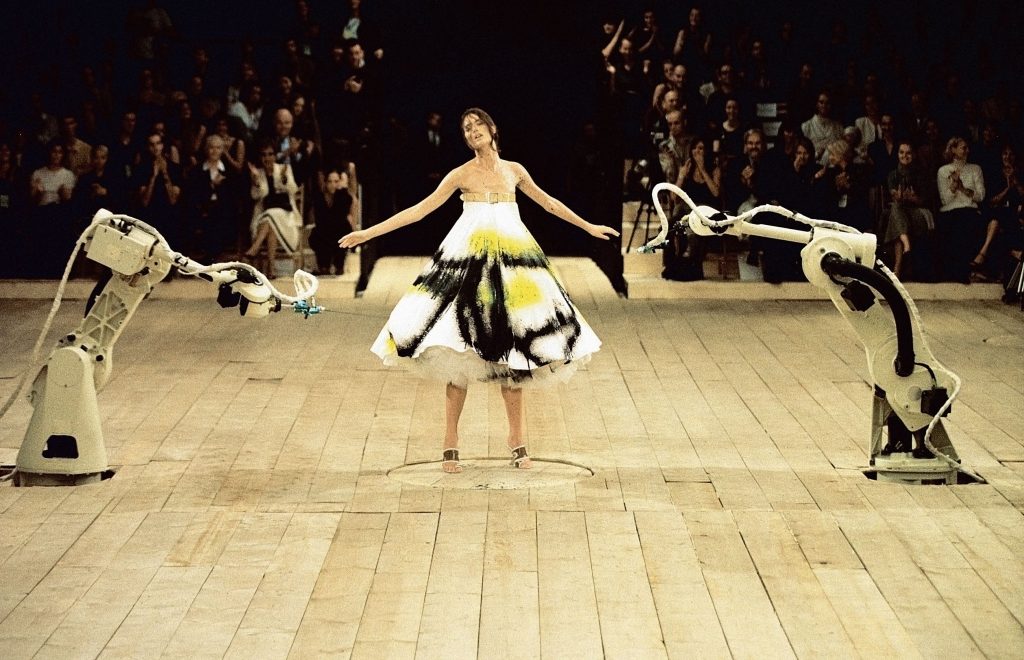 2008 is a very hard year for the designer, who has to face the premature death of his mentor, Isabella Blow, who committed suicide after being turned away from that same glossy world. Unhappy and drug addict opens 2010: after being excluded from the London Fashion Week calendar, Alexander also loses his mother. He cannot go on, when the defenses are lowered, the demons re-emerge and no assassin can be as ruthless as his own mind. Alexander McQueen is found hanged by the housekeeper on 11 February. Next to her body is a note asking her to take care of her beloved dogs.
McQueen, shy and reserved like few others, rebellious by constitution, perhaps he would not have been able to adapt to a world like today, divided between followers and hashtags, and fast fashion. Anarchist and irreverent, Alexander McQueen aimed to upset with his collections, in the name of pathos. 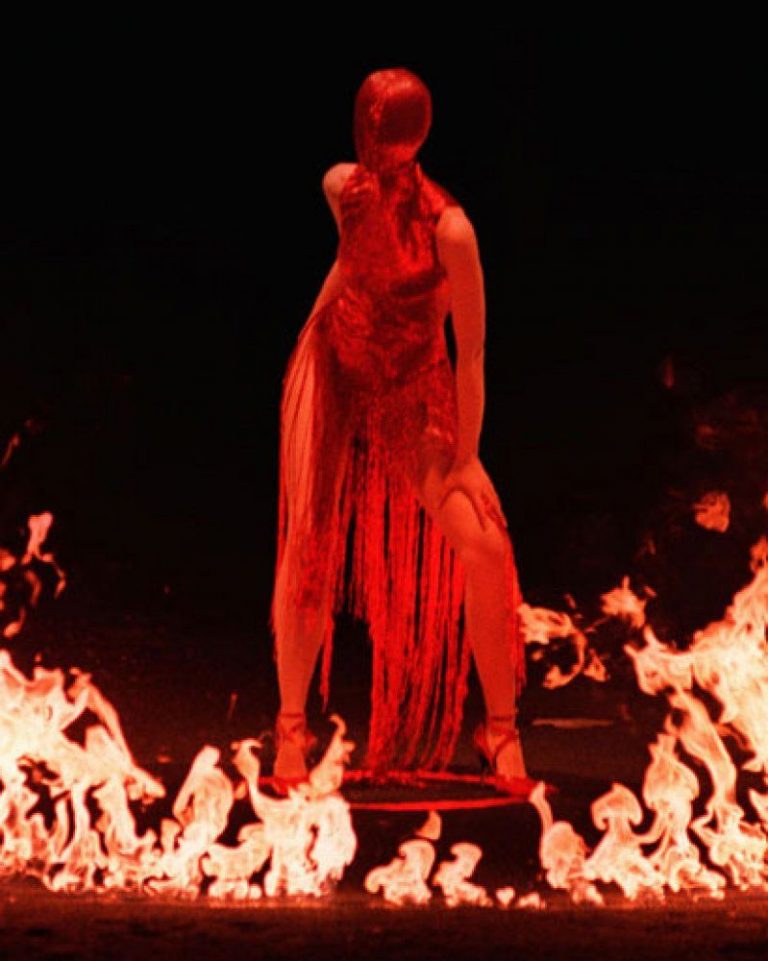 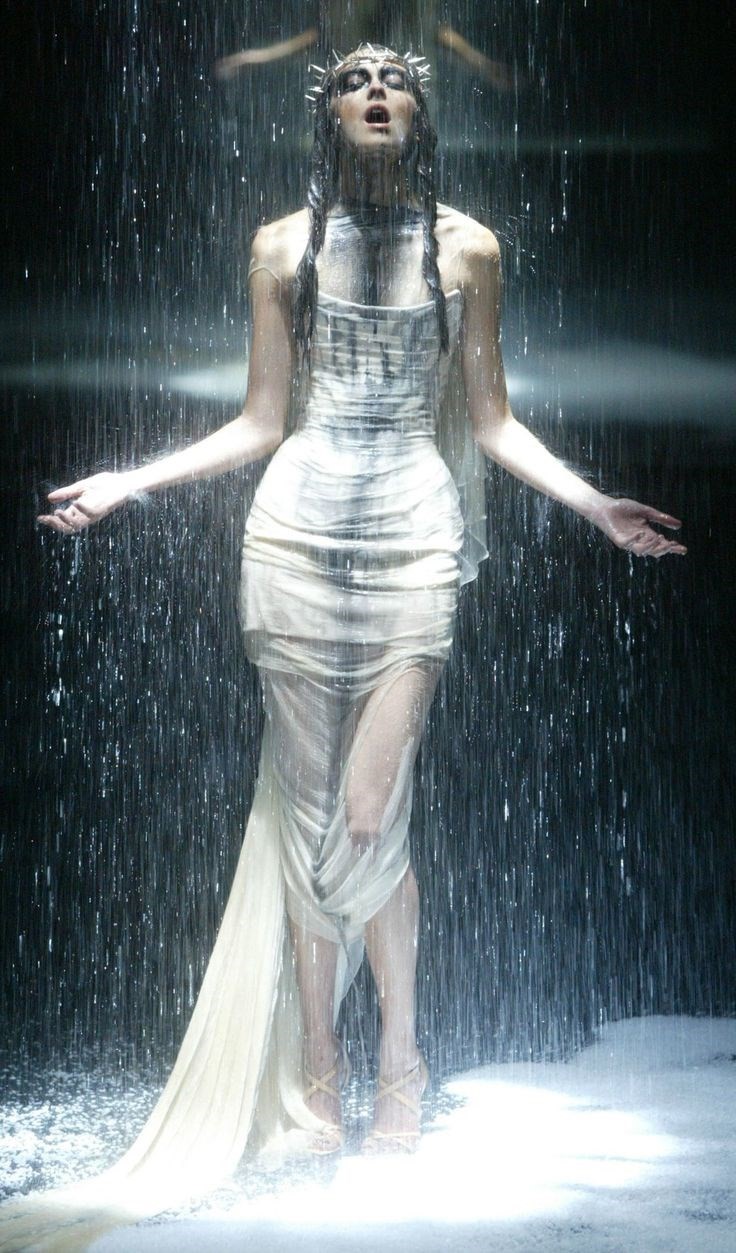 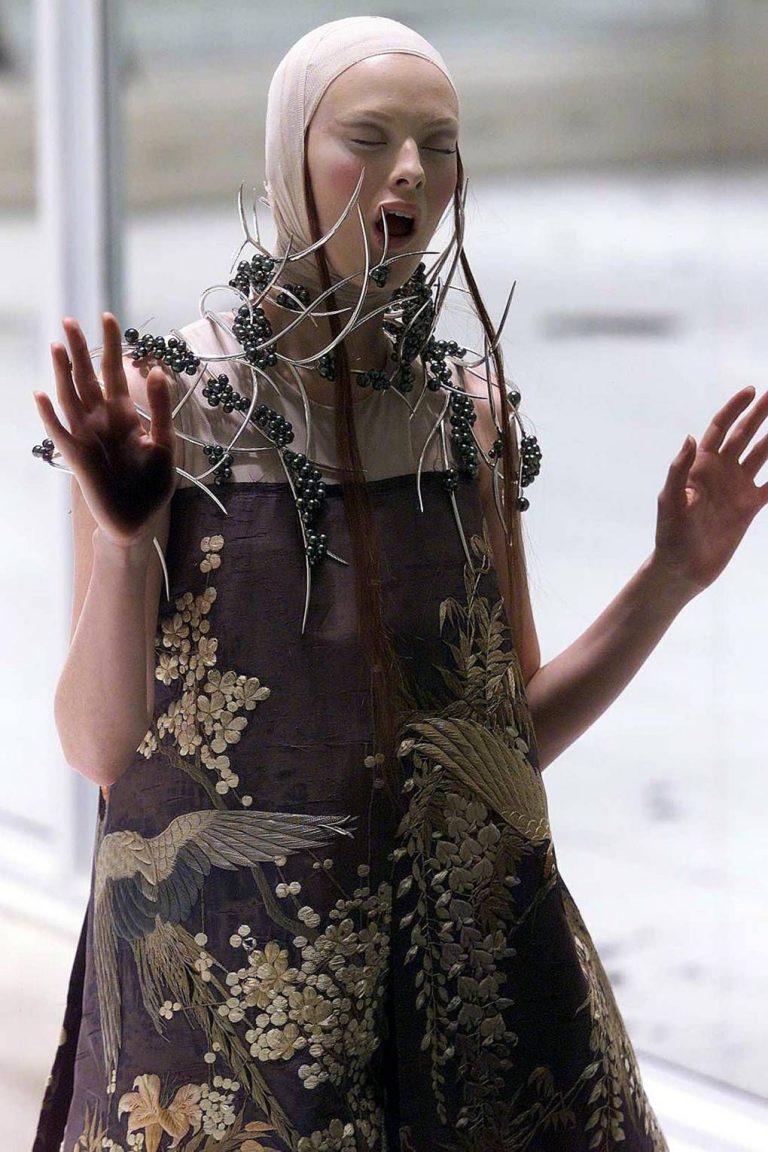 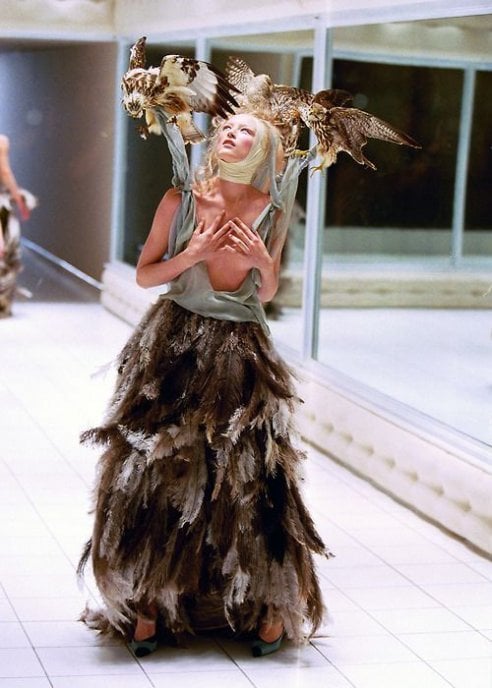 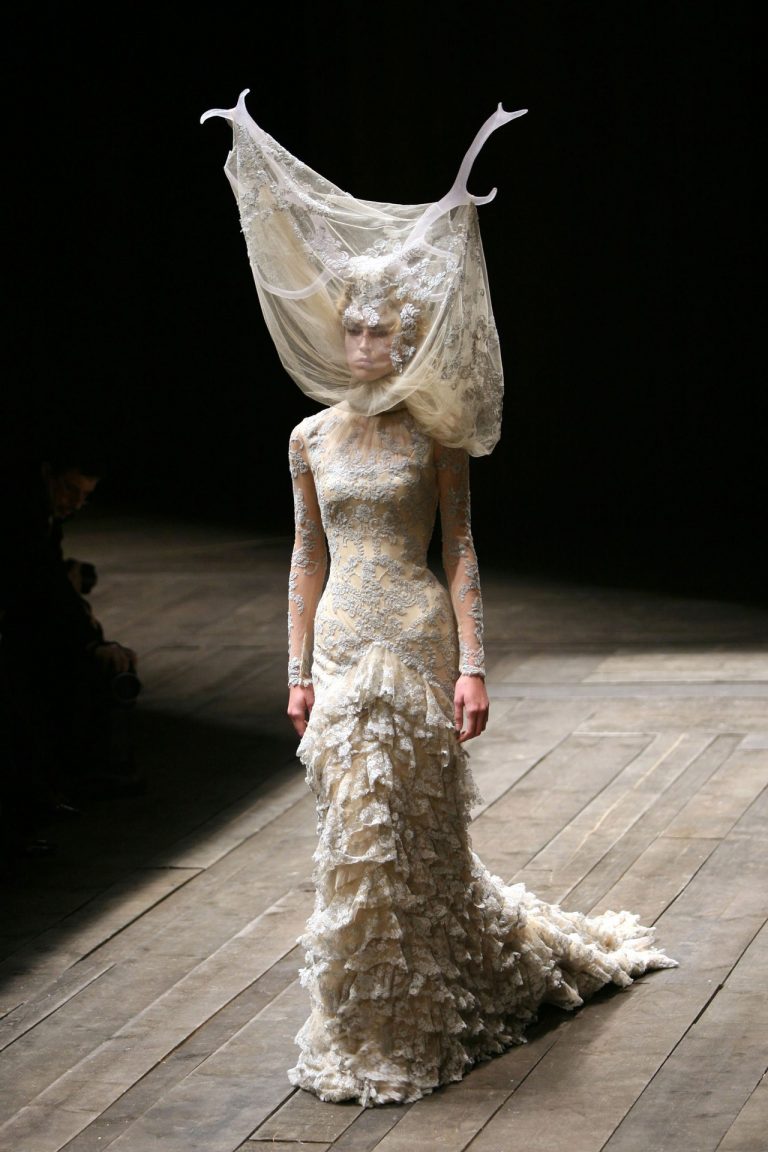 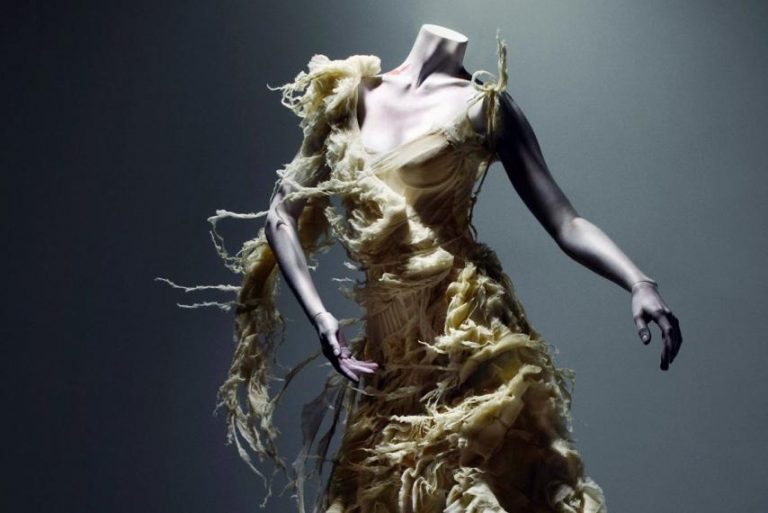 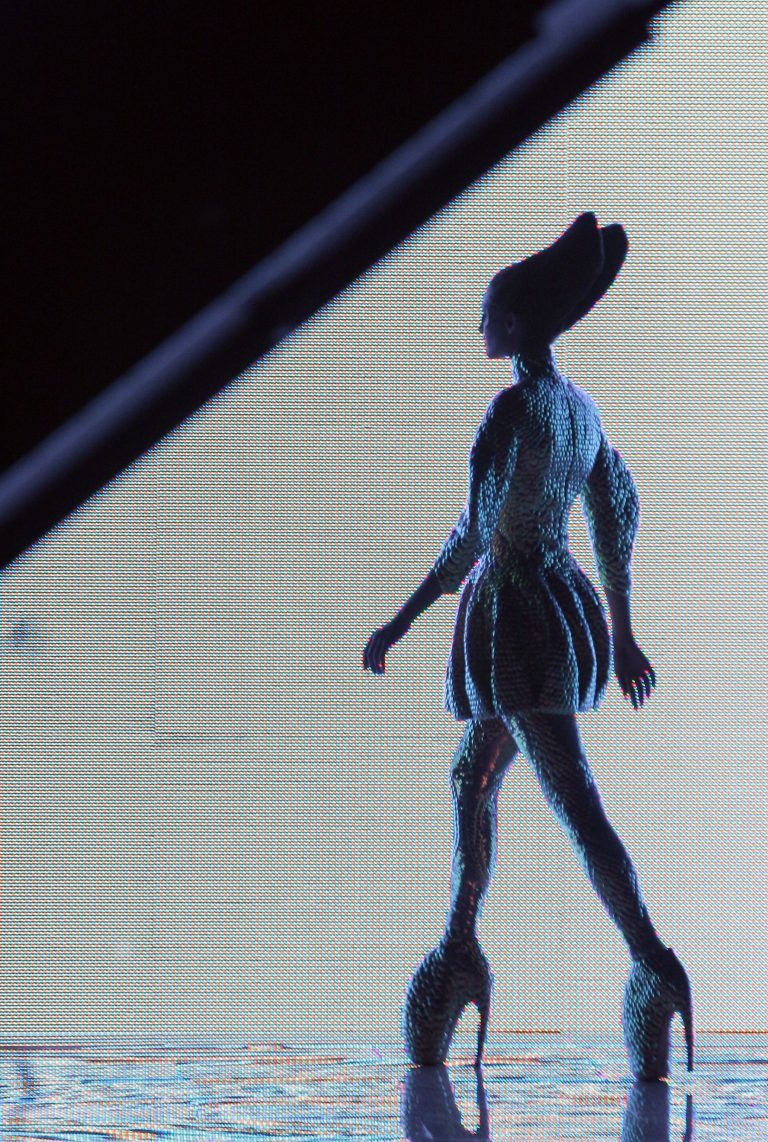 A model presents an outfit by British deigner Alexander McQueen during ready-to-wear Spring-Summer 2010 fashion show on October 6, 2009 in Paris. AFP PHOTO FRANCOIS GUILLOT (Photo credit should read FRANCOIS GUILLOT/AFP/Getty Images)
The creative direction of the brand is entrusted to Sarah Burton, who has been regularly parading since September 2010 as part of the Paris Fashion Week, and we cannot say that thanks for 10 years she has been taking us to the contemporary Alexander McQueen.
Share this
Tags:

THE BLONDS BRINGS GLAM ON STAGE

According to Ana Rujas and Lachlan Watson, a Tall Story

ALL THE LOOKS IN THE 911 MUSIC VIDEO BY LADY GAGA

Lady Gaga keeps surprising her fans with her unique style and