Lady Gaga keeps surprising her fans with her unique style and the 911 music video did not disappoint. The singer and actress showed off new looks, in a series of surreal outfits with a new hairstyle, from baby pink to baby blue. Let’s have a look. The first outfit is an asymmetrical patchwork dress that mixes pink, orange and white, featuring a cloak by the young Central Saint Martins designer, Johanne Swarnke. The look was completed with a pearl necklace, long earrings and a red mask.

The second look is a see-through blue dress by Diego Montoya, characterized by pearl details. The singer completed the look with a gold metal by Lance Victor Moore, by the same artist that made the face masks worn by Lady Gaga at the MTV Awards 2020.

The third look is a red latex dress with an amazing hat designed by It Spain.

In the following scene, Lady Gaga wears a green chiffon dress loaned from the Universal Studios, paired with an extra headpiece shaped as an aura made by Shaun Leane from the Alexander McQueen “La Poupee” 1997 Collection. Then the next look is a jumpsuit by It Spain that hugs the body paired with a cloak made exclusively for her by the costume designer Samuel Ososki. Then a yellow draped dress, still made by the CSM designer Johanne Swarnke, with a metallic mask by L.V. Moore. 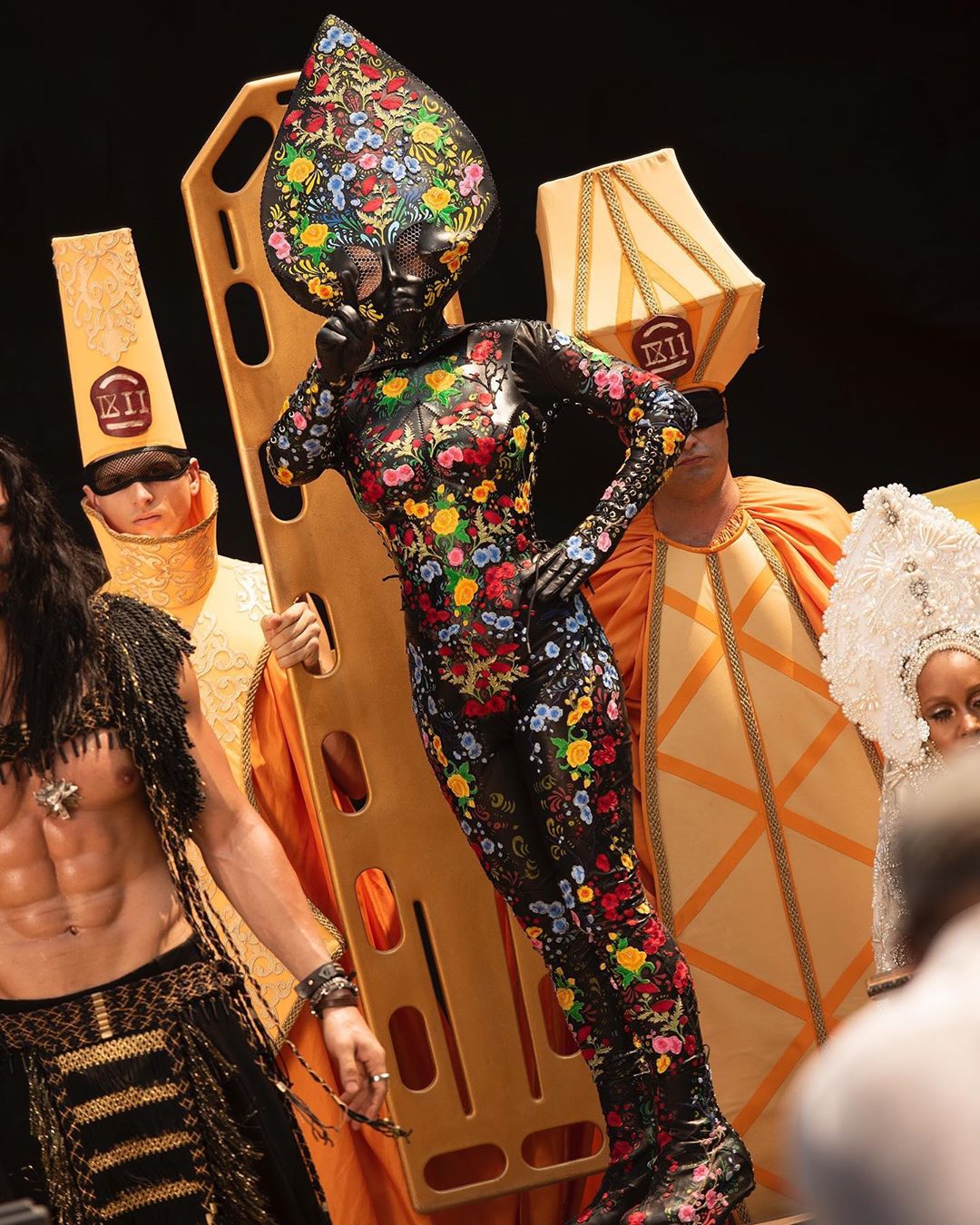 The last look is a lace black dress part of the “Highland Rape” made by Alexander McQueen in 1995. The look was completed with a prosthetic beauty look. 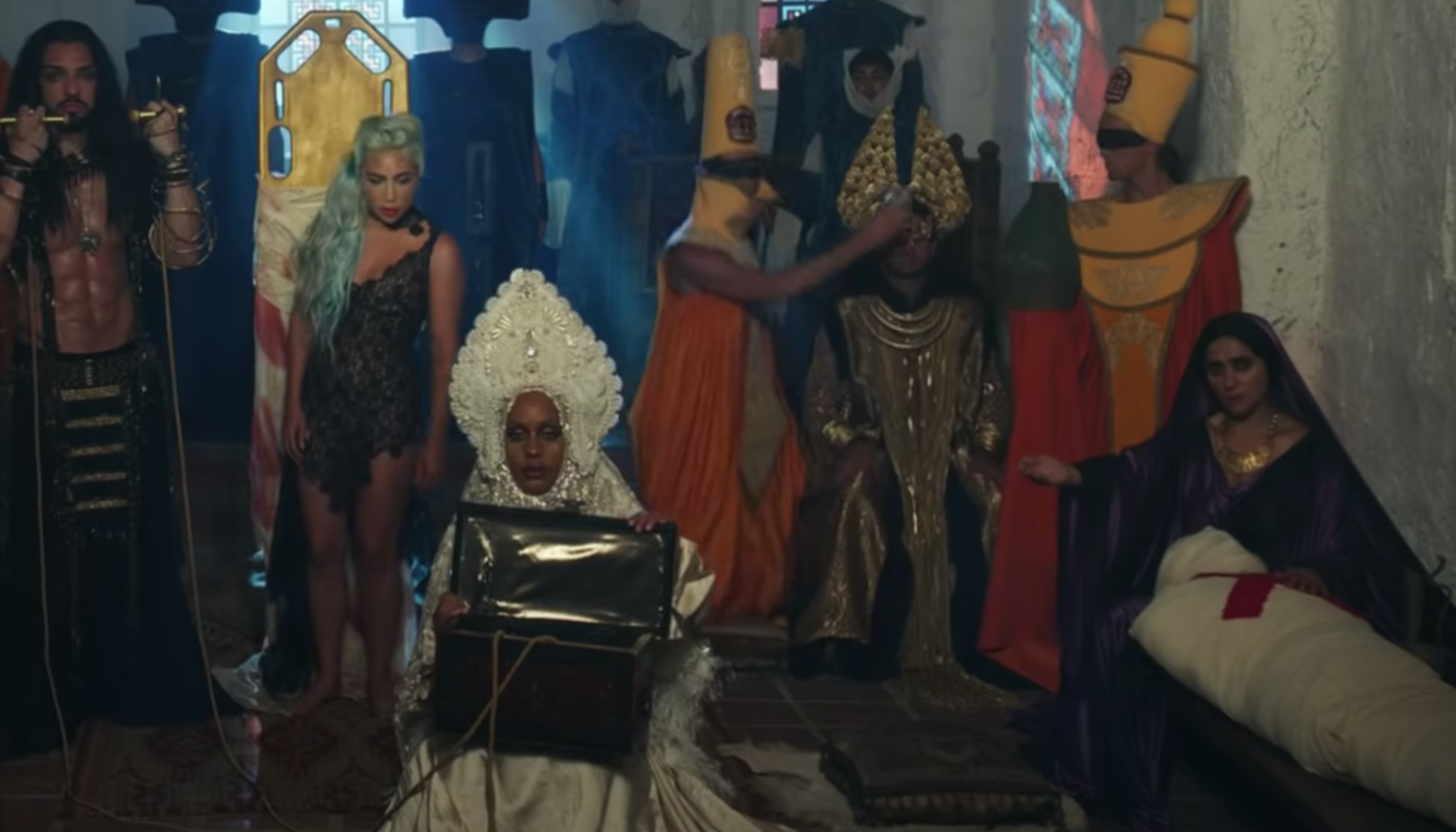 Now check out the music video down below.

THE COMEBACK OF THE NIKE DUNK HIGH & SLAM JAM

THE SHOTS OF “HOUSE OF GUCCI” ARE FINISHED. LADY GAGA ANNOUNCES IT

“I would like to thank all of Italy for encouraging