The Nike Air Yeezy 2 “Red October” is the quintessential grail shoe. Considered one of the most limited sneakers of the decade, it often reaches disproportionate resell prices. And when it comes to resale nowadays, it is impossible not to refer to StockX. However, the reference point for the sneakers, fashion, and collectible items market has been targeted by various criticisms on social media in the last few hours.
A Twitter user, @san_nimat, pointed the finger at the platform, accusing her of losing her pair of Nike Air Yeezy 2 “Red October” in size US 9 that she had sold him. According to what was reported by the boy’s Tweet, the shoe would have arrived in one of the StockX sorting offices to be authenticated. But two weeks after his arrival, @san_nimat said he received an email saying that the “Red October” he sent had failed the authenticity check. The sneakers turned out to be a different model than the original Air Yeezy. 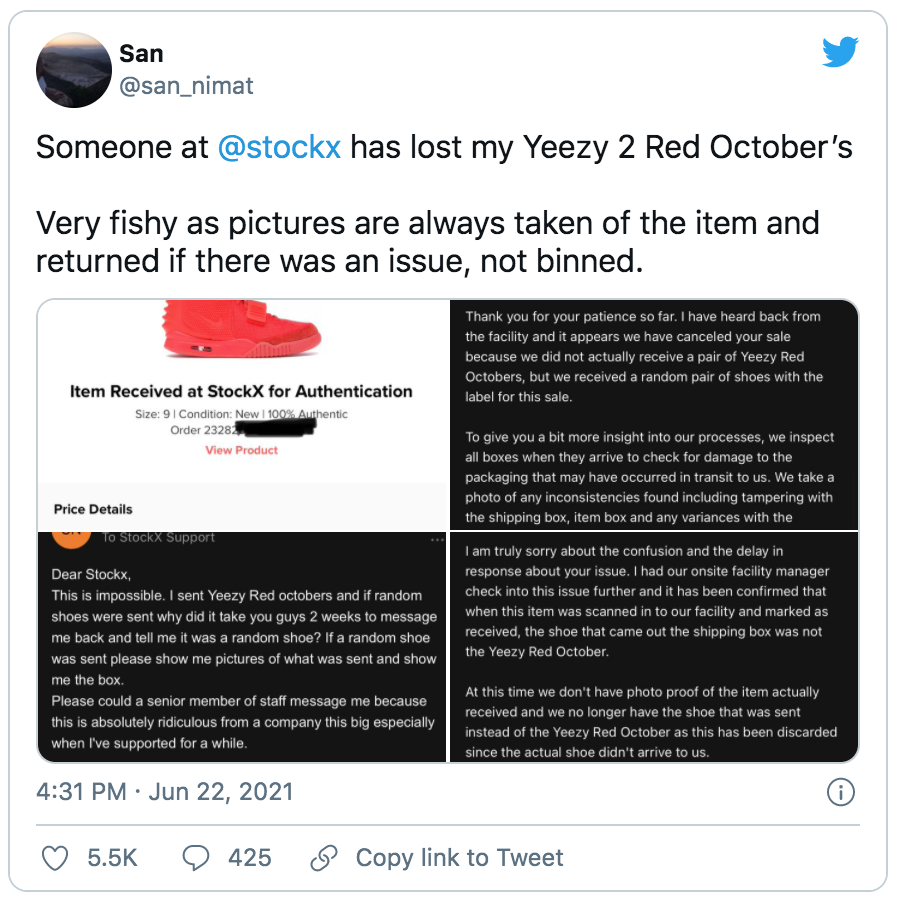 In addition, the email specified that it would be useless to open a claim as the original box did not appear to have been tampered with during shipment. Instead of the Nike Air Yeezy 2 “Red October”, another shoe would have arrived while the first would have been lost. StockX answered the question made public on Twitter. The platform claims it is trying to resolve the unfortunate situation by engaging one of its Senior Managers in the investigation.
It is not yet clear whether the fault is attributable to StockX or to UPS, the courier used by the company. We are confident that the resell giant will be able to solve the problem.
Share this
Tags: