Ann Hebert, Nike ‘s vice president and general manager for North America has resigned. Her sudden departure comes after she has served for the company for over 25 years. The decision was made following an article in Bloomberg Businessweek. This was about the reseller business run by Ann’s son, Joe Hebert.

The report revealed how the boy used a credit card in Ann’s name to buy sneakers at lower prices. Sometimes even with more generous discounts than retailers like Foot Locker. Following its resale business, West Coast Streetwear sold such sneakers at four times the price. And as we can well imagine, Nike does not in any way allow its employees to take part in business related to the resale of shoes.

The West Coast Streetwear company has not made any comments on the matter. At the same time, Joe retorted to Bloomberg that his mom Ann was not to be “removed” from the position given the high role she had in the company. She also stressed several times that she never received inside information for purchases or discount codes. For her part, Nike told CNBC that Herbert decided to step down on her own, declining further questions about it.

Also according to Bloomberg, Ann Hebert, as far back as 2018, shed more light on her son’s activity: “There has never been any violation of company policy, conflict of interest or passing of information, nor a commercial affiliation between West Coast Streetwear and Nike “. However, the words that could exonerate Joe Hebert’s mother from any accusation were not enough to make users think again on the web, who continued to support their hypotheses related to the backdoor and the priority ways that the son could enjoy. Adding fuel to the fire was the very particular story that appeared on the net last January 2020, when West Coast Streetwear claimed to have found three pairs of NikeMag in a garage bought for only $75. A somewhat unusual see given the rarity of the models. 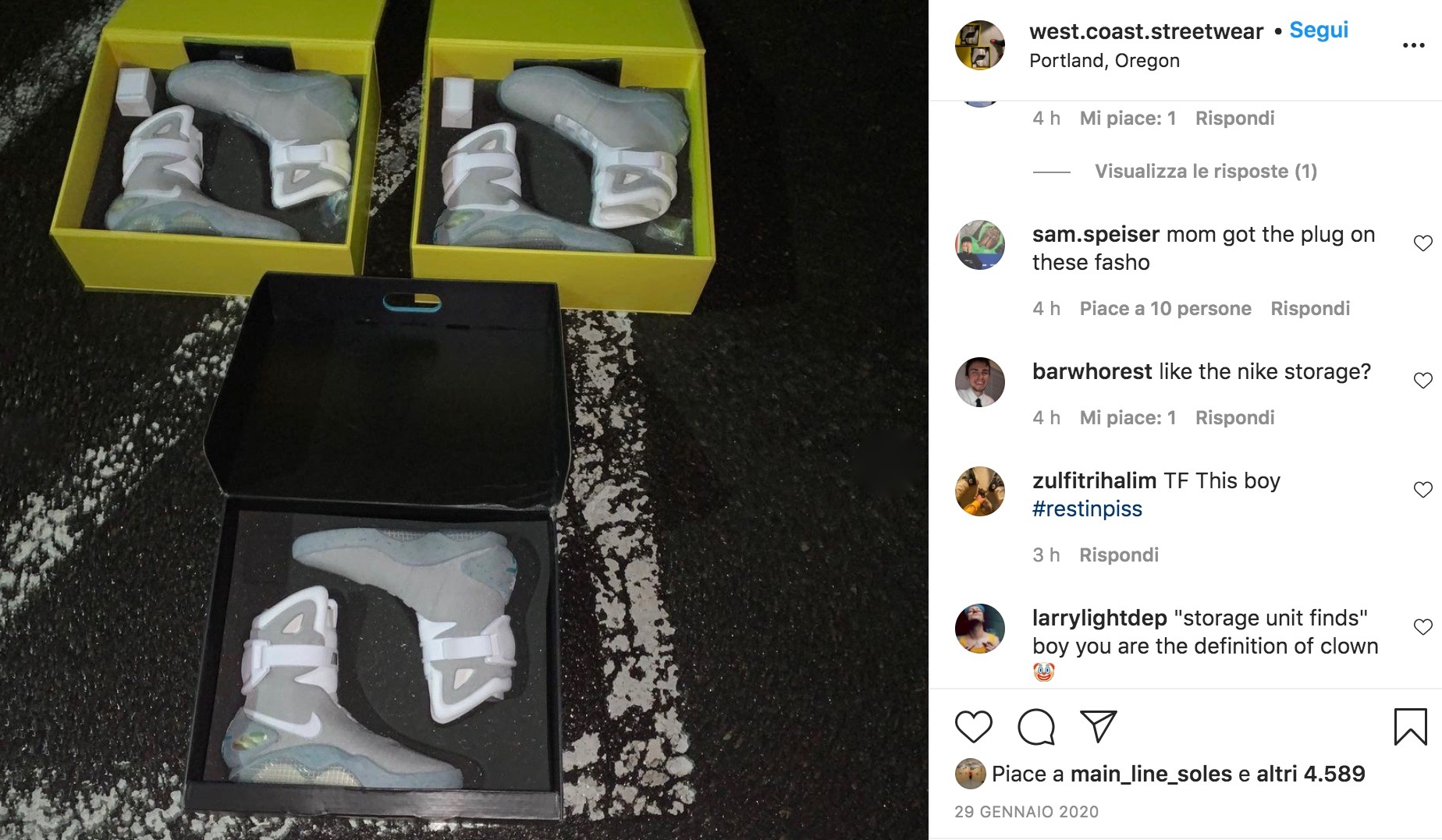 While the resignation given by Ann Hebert through the Nike press release would seem to be entirely voluntary, on the other hand, the lack of motivation leaves room for numerous doubts. Are these the first steps taken by Nike to try to remedy the backdoor?

AN AIR JORDAN 1 RETRO FOR CHARITY

THE INTERVIEW OF MEGHAN AND HARRY CONCERNS THE ROYAL FAMILY