Among the many difficulties, 2020 will also be remembered as the year in which Netflix was able to create interest around itself with high quality and innovative products, such as the beautiful series “The queen’s gambit”. The show obtained remarkable success from both audience and critics, but in addition to the interesting and very sui generis plot (dealing with a competitive world of chess that has been little explored before), today we would like to answer a question that many have asked themselves: What was the story of Beth Harmon inspired by? Is there a “true story” behind?

Absolutely yes. The series is inspired by the novel written in 1983 by the American author Walter Tevis, inserting some strongly autobiographical themes, such as his passion for the game of chess, and above all, drug addiction and alcoholism. The character of the protagonist Beth is based on the figure of the famous American chess player Bobby Fischer: the style of play is largely taken from that of Fischer and, moreover, the same chess player became world champion after defeating a Russian during Cold War period. It is important to remember that what makes the story real is precisely the fact that it is set in the historical period of the Cold War, where the tension and confrontation between the United States and Russia was not only political, but flowed into every branch of the society, culture, and even sport.

Furthermore, the Queen’s gambit is truly special as every single move during the chess matches was choreographed by chess consultants Garry Kasparov and Bruce Pandolfini, who also trained the actors. In fact, Anya Taylor-Joy knew absolutely nothing at all about chess before playing Beth, but they helped her a lot to immerse herself in that world. 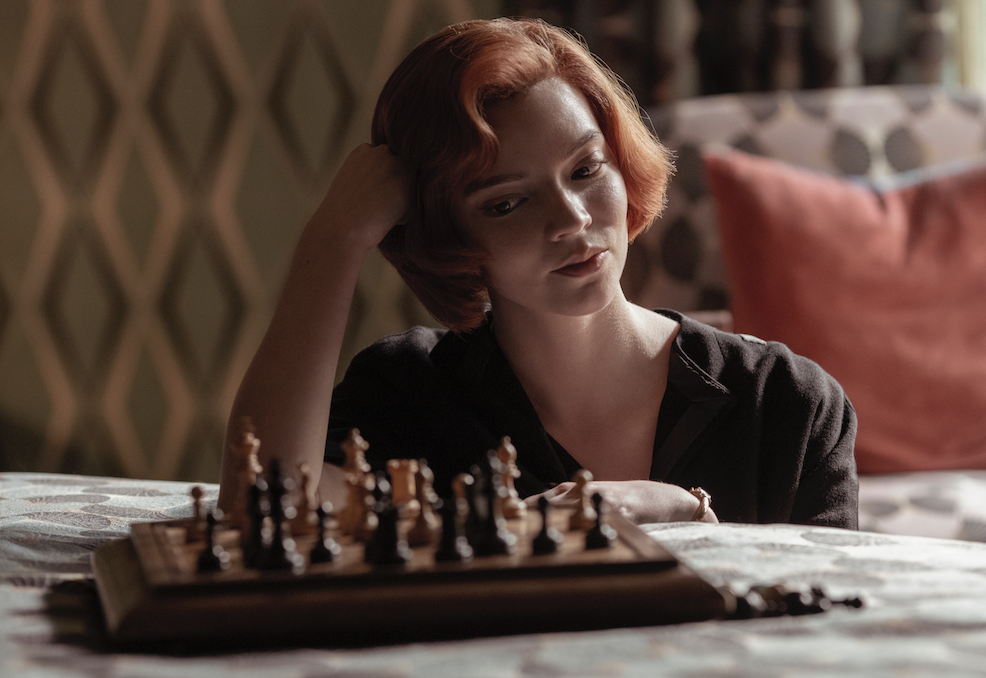 THE NEW FENDI LABORATORY IN TUSCANY

Before the Halston series was released on Netflix in mid-May,