On October 23th another Netflix original series came out and is now available on the streaming platform, “The Queen’s Gambit“. The miniseries includes 7 episodes that are perfect for a day of binge-watching and is based on the homonymous 1983’s novel by Walter Trevis. Between genius and madness, The Queen’s Gambit, (played by actress Anya Taylor -Joy) is the essence of American 1960s glamour. A story of formation, redemption, strategy and ambition, where genius and madness coexist in the character of Elizabeth Harmon, the protagonist.

During the arch of 7 episodes, we observe a shy but courageous teenager becoming a restless and glamorous adult. Despite her difficult childhood spent in an orphanage, as well as the abuse of tranquillizers used as “vitamins” in the structure, Beth finds redemption in the game of chess and the janitor Bill Camp will be an incredible teacher. So the girl plays, wins and climbs the top world rankings. Elizabeth Harmon is a young woman who defeats men and, which was revolutionary in the chess world of the 60s. 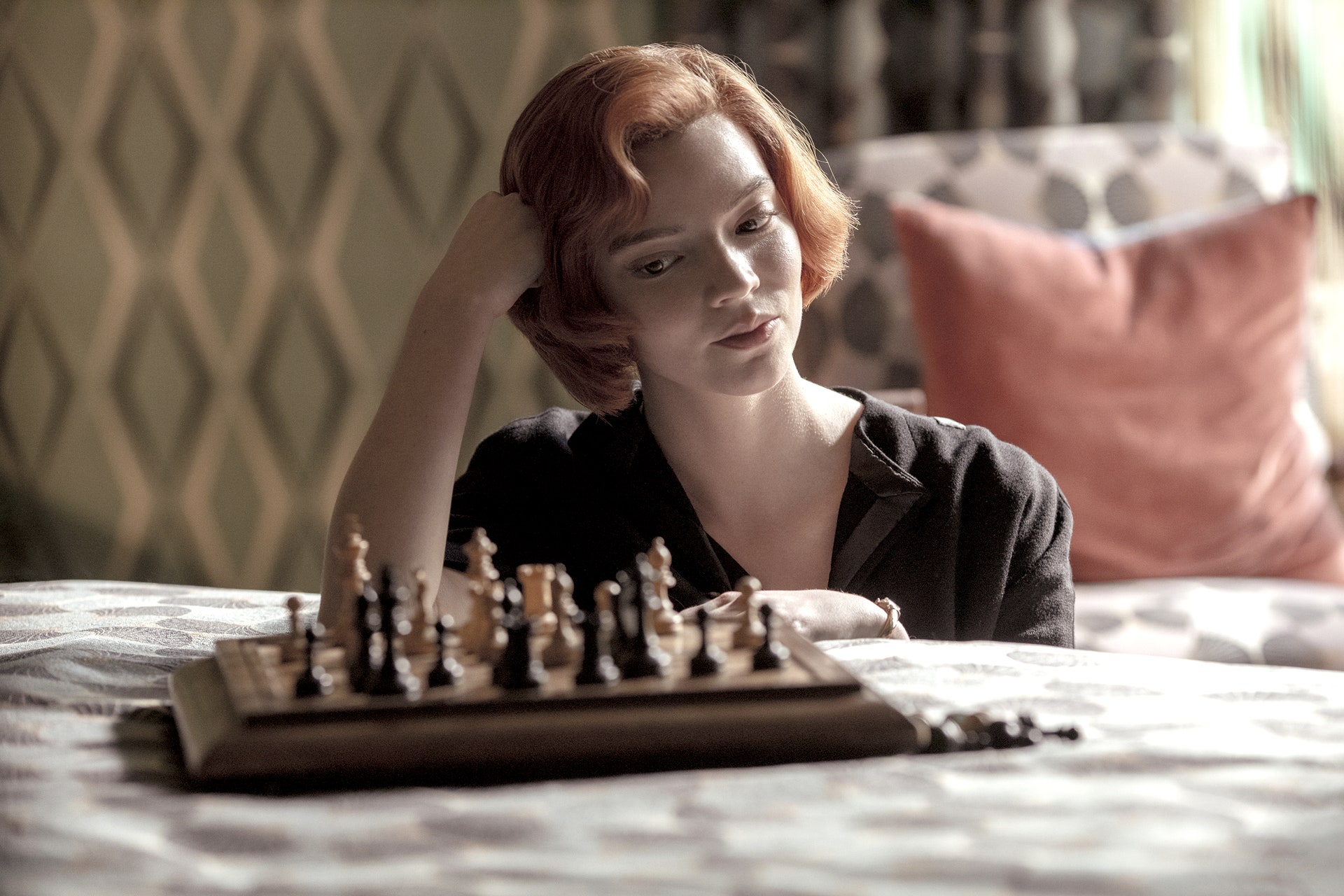 Anya Taylor-Joy is magnetic in the role of Beth: her character is hypnotic thanks to her doe eyes, red hair and a retro look, as well as her incredible acting skills. Young Beth’s hair is styled into a bob with short bangs, while her daily uniform is a cerulean sweater and lace-up shoes worn with short socks. The wardrobe is severe and rigorous, not at all charming and colourful. Beth’s social redemption, as a woman, is implemented through the game of chess as well as her change of look: fluffy bob (inspired by the cut created in 1961 by Kenneth Battelle, the most fashionable New York hairdresser of the time), trapeze dresses, bon ton coats, pleated skirts and turtlenecks, palazzo pants and geometric blouses. An essential and chic wardrobe. The Queen’s Gambit is the story of the redemption of a woman, beautiful, intelligent and glamorous, poised between genius and madness, who checks mate even the most arrogant men, full of pride.

GUCCI IS BACK ON THE PODIUM OF THE WORLD'S HOTTEST BRANDS