Three days ago there was the first evening of Sanremo 2020. Singers who followed each other with their performances, certainly has a different musicality from that traditionally hosted by RaiUno, from which the network wants to detach but not too much, and everything followed normal. But we know that after all, normalcy does not exist. And he, the one who destroyed it, enters the greatest exponent of the new Italian musical generation: Achille Lauro. Lauro, who had already participated last year with Rolls Royce, positioned ninth in the final classification but registering a great critical acclaim (and on Spotify), is in the race with the song I don’t care this year. And we saw that he took the song at his word! But we arrive calmly and we explain to you why it is right to talk about it. He performed on the first evening of the Festival, going down the Ariston stairs wearing a black velvet hood with floral embroidery and trompe l’oeil in gold and silver sequins, and barefoot. But at the end of the first verse (Do me what you want I am here / Angel face / David by Michelangelo / Popsicle eyes / Damn things I like) he took off his hood and remained in body and shorts in naked mesh with all over rhinestone embroidery. All signed by Gucci. 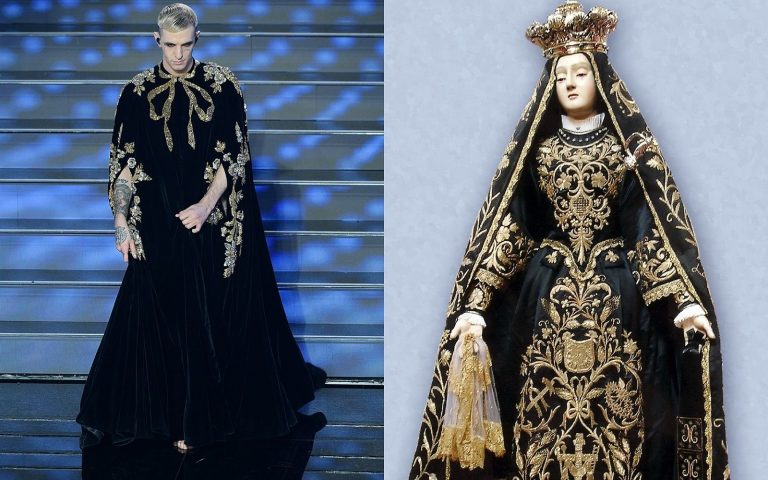 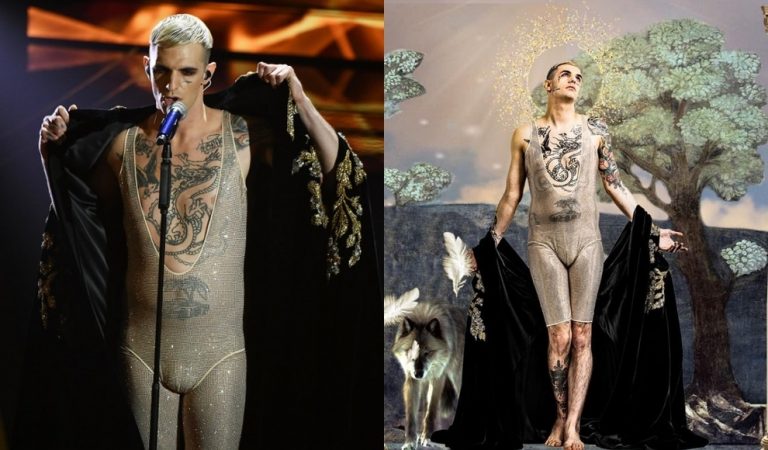 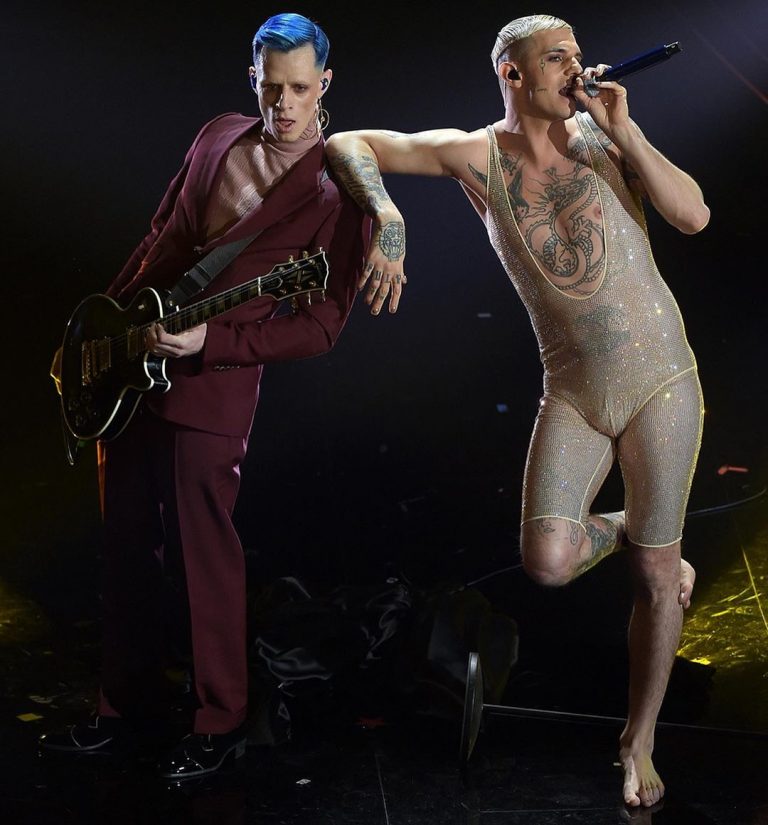 A performance that left everyone speechless but above all triggered social media. Twitter and Instagram flooded with photos, comments, exaltations, memes and endless opinions. Lauro also took first place among Google searches related to the Festival. The peak was reached at 22.28, when searches reached five zeros, and a second spike was recorded at 3.08 in the morning. Not only that, Achille Lauro’s moment represented a moment of hilarity and involvement compared to a long and overloaded Festival.
And yesterday a lot of hats, the cantate has renewed the audience with a provocative and rebellious performance. A duet with the singer Annalisa on “Men don’t change“, bringing on the Ariston stage his homage to one of the most iconic characters of the world pop and rock scene: Ziggy Stardust, one of David Bowie‘s many alter egos. A glam rock make-up of the time and an emerald green satin outfit by Gucci, to emphasize once again the gender fluid look. 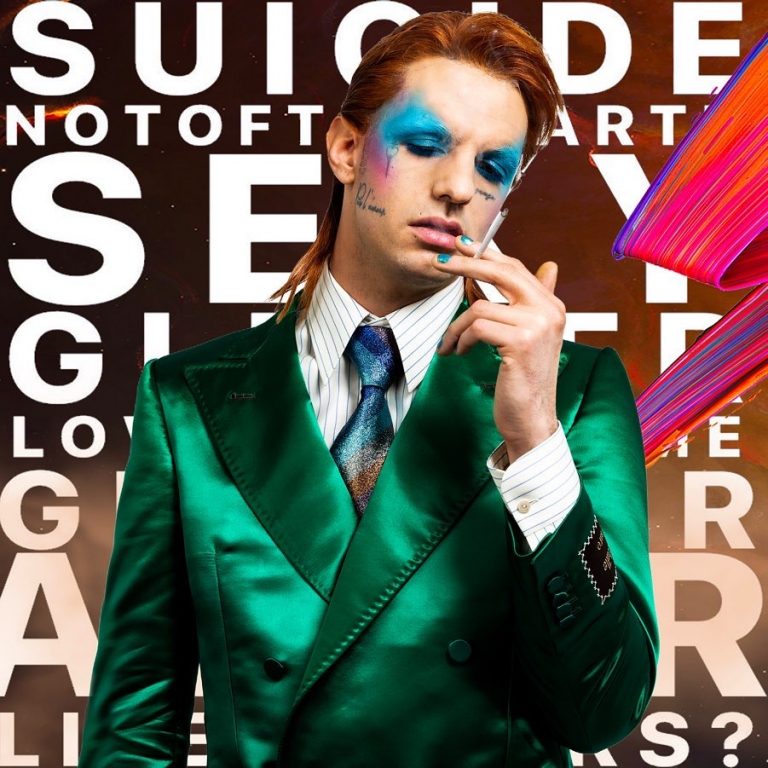 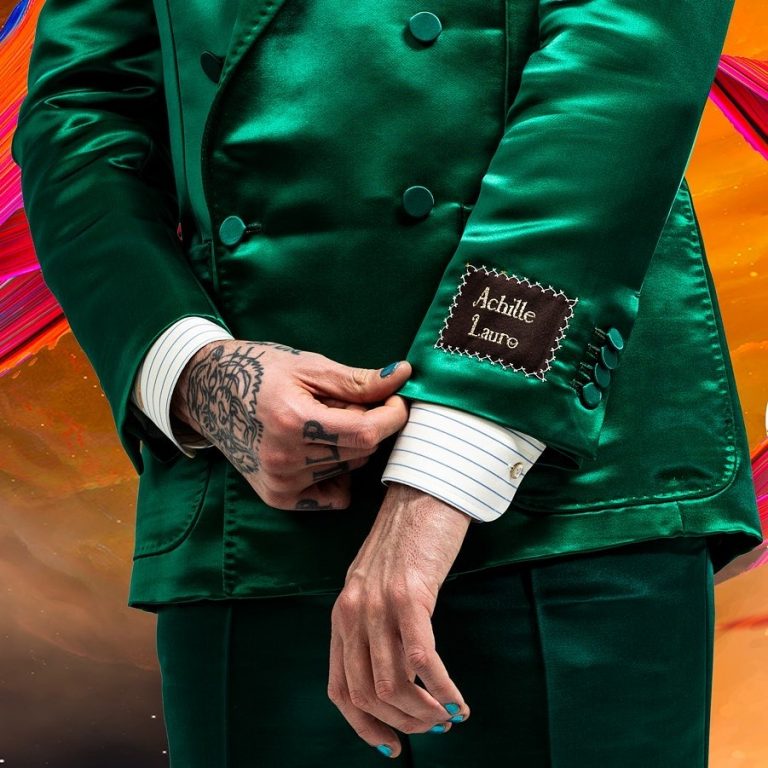 AL GARGHET IN MILAN YOU FEEL LIKE A FAIRY TALE