More than a week after the publication of the unfortunate summer 2023 advertising campaign which generated global outrage, the Balenciaga fashion house is still dealing with the consequences of the case. The controversy was triggered by the photos of the “Balenciaga Objects” campaign, taken by photographer Gabriele Galimberti, which featured children clutching teddy bear-shaped bags with BDSM harnesses, the same ones seen in the brand’s last show.  Immediately after the spreading of the shots depicting minors surrounded by objects from the collection, in particular the Plush Bear backpack wearing a sadomasochistic suit, together with other advertising shots in which a page of a Supreme Court decision that prohibits child pornography appeared in the background of the set , the social media uprising was unanimous. 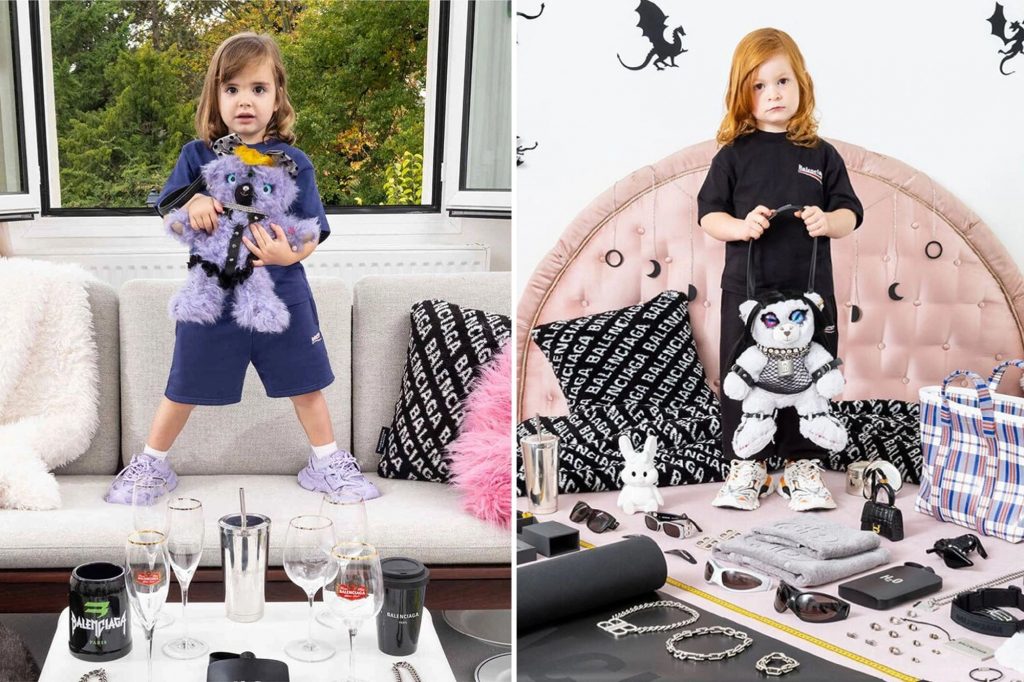 Although the provocative nature has always been one of Balenciaga’s stylistic features, this time the same brand has had to declare itself responsible for the choices of offensive communication, dangerously subject to misinterpretations.

So shortly after the immediate removal of the images, the Maison published stories and posts on instagram apologizing for what happened. “Our plush bags shouldn’t have been featured with children in this campaign. We immediately removed the campaign from all platforms.”

Soon after, the brand made public the action it would take on this huge mistake via another story: «We are pursuing legal action against the parties responsible for creating the set and including unapproved items for the Spring 23 campaign photoshoot. We stand for the safety and well-being of children.” 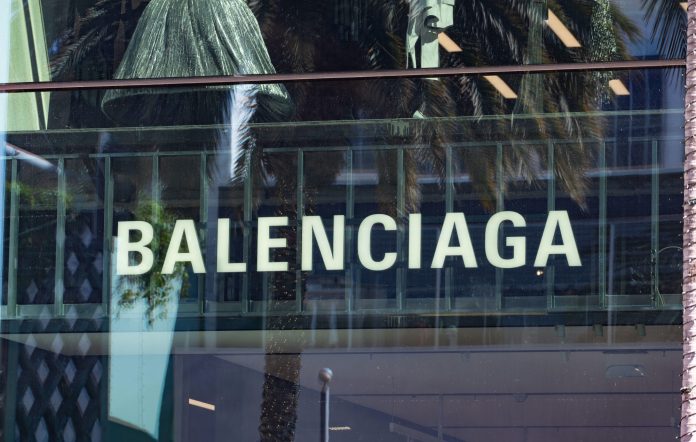 In this climate of anger and doubt, it was inevitable that many VIPs the fashion house of the Kering group used to collaborate with distanced themselves. First of all, Kim Kardashian who promptly expressed her intention to re-consider her relationship with Balenciaga.

On Sunday, Kardashian told her 334 million Instagram followers that her future relationship with the brand will be based on its “willingness to take responsibility for something that should never have happened,” adding that “Child safety must be kept with the utmost consideration and any attempt to normalize child abuse of any kind should have no place in our society.” 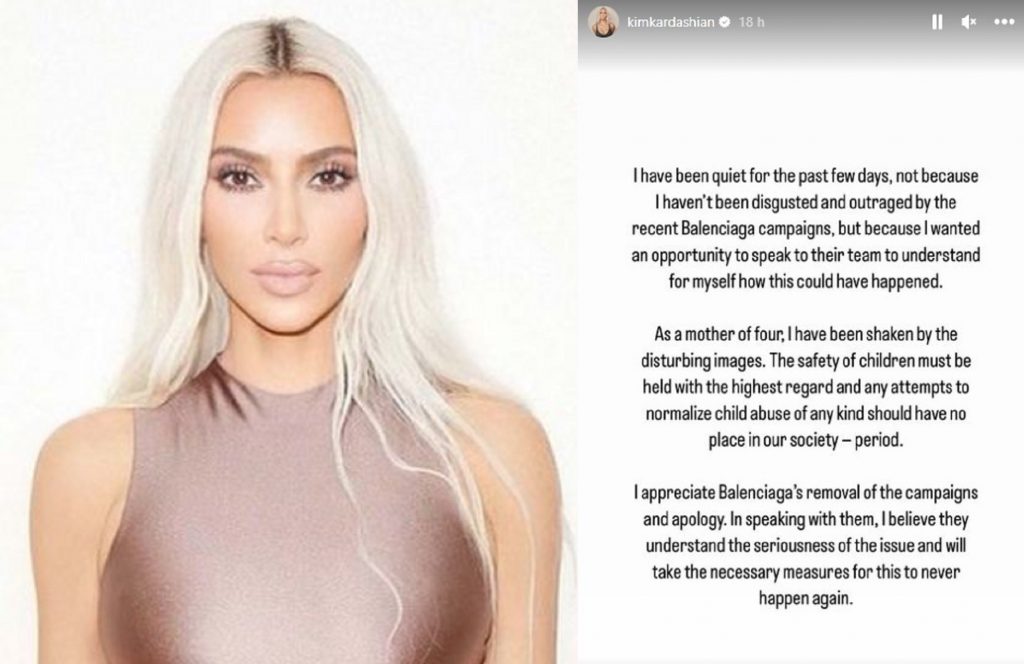 The brand, meanwhile, continues to make amends through its social media announcements, apologizing, taking blame while updating its audience on how it plans to clarify the situation and fix it.

“There are times when paths part ways because of the