Friday 5 July Rome hosted one of the summer parties  more anticipated of the season. The Eur Piscina delle Rose literally transformed itself to host the Stranger Things by Netflix event. In a moment we took a journey back in time and we were catapulted into the small town of Hawkins in the 80s.

Soft drinks, burgers, hot dogs, foosballs and the music of Queen and Duran Duran in the background. Surely you have experienced a thrill if you lived in the 80s. You will want to dust off your old wardrobe and pull white socks and maxi colored shirts out of the closet. The event was also eagerly awaited by smaller fans. The super guests of the evening were the very young protagonists of the series Caleb McLaughlin class 2001 better known as Lucas and Gaten Matarazzo class 2002 for all Dustin. 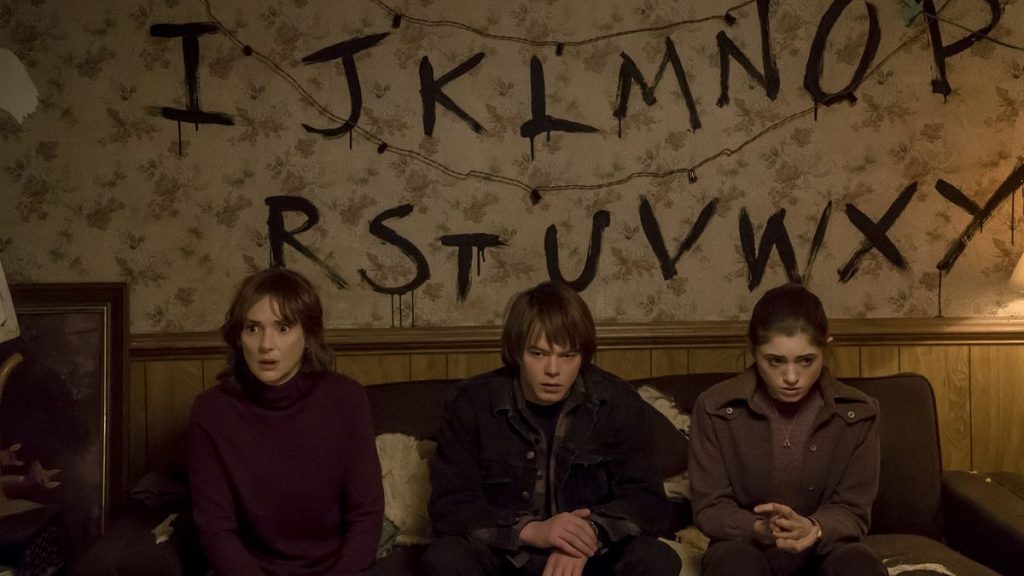 Hundreds of them were waiting behind the barriers to enter the Piscina delle Rose. All waiting for the two great little actors. Upon arrival they were greeted by a very warm crowd. The boys had fun telling their experiences not only as actors but also as young teenagers who live the same fears and emotions as any other boy of their age. “Friendship is greater than fear” this is the message that the Stranger Things series wanted and wants to launch and that the two actors also reiterated during the interview. Family, friends, bonds between people are the foundations on which the Duffer brothers founded the series. “The camaraderie, the fact of being together and making a barrier against adversity is the focus of the story: we must all try to be more united to face the difficult moments of life” said Caleb. The evening was funny, ironic, hilarious and then the icing on the cake? The first two episodes projected on the big screen! This month we will definitely be glued to Netflix to see the third season.