It was established to award worldwide brands with the best brand awareness and brand authority able to field winning marketing strategies in the context of consumer loyalty and target audience, this year for the first time among the top 100 new entries of Sephora.

Also at the top of the ranking for this year are the “big names in technology and e-commerce with Apple, Amazon, and Microsoft in the first three positions to represent (and the data is impressive) 33% of the total value. 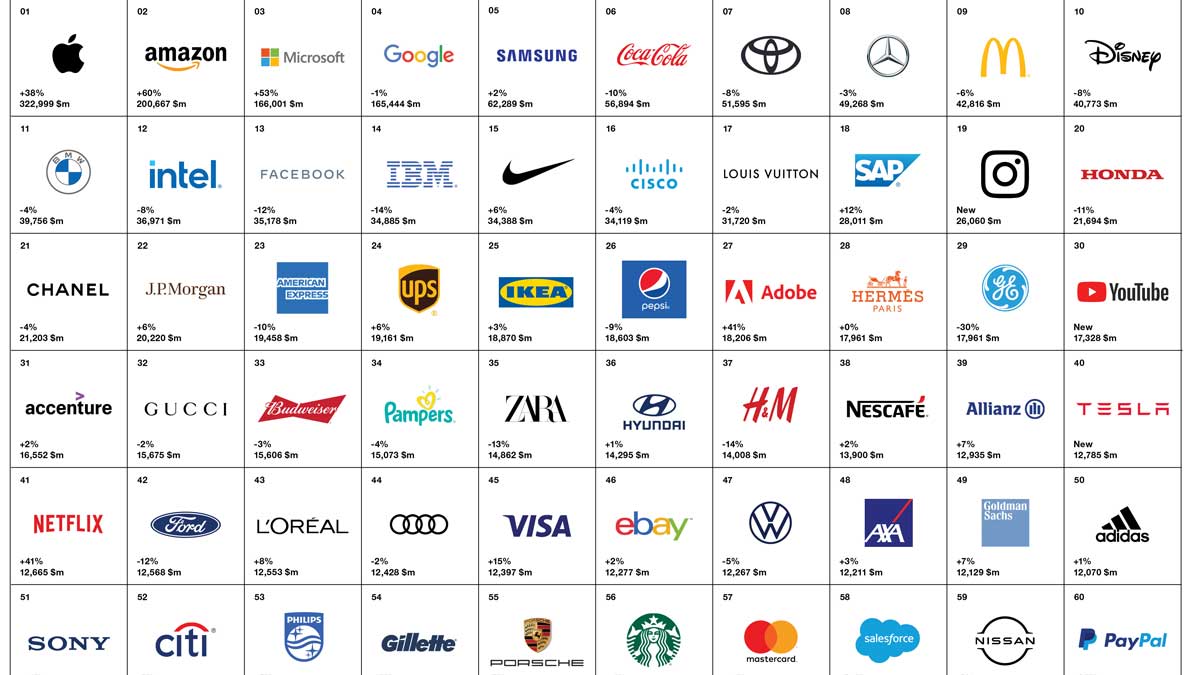 Among the Italian brands in pole position Gucci (33rd position) recorded a + 6% compared to last year with around 16.656 billion dollars.

The second Italian brand in the ranking is Ferrari, which rises three positions to 76th place compared to 2020 and has an estimated value of 7.160 billion dollars.