After months of rumors and doubts, Raf Simons has officially joined the Prada group and will work alongside Miuccia as co-creative director. The news took very little time to spread around the globe and this is not surprising: the union of two of the most authoritative creatives in the fashion world is not an event that happens so frequently.
Prada obviously confirmed everything through its social channels, but the official announcement was disclosed by Raf Simons and Miuccia Prada on Sunday 23 February, at the end of the Milan fashion week with a private press conference. It seems that the two designers will share the same responsibilities regarding the creative and the decision-making processes of the brand.

From 2 April 2020, Raf Simons will join the Prada brand as co-creative director, working in partnership with Miuccia Prada with equal responsibilities for creative input and decision-making. The first Prada collection designed by Miuccia Prada and Raf Simons will be the Spring/Summer 2021 womenswear show, presented in Milan in September 2020. Discover more via link in bio. Photos by: Brigitte Lacombe Willy Vanderperre

The idea was made concrete by Patrizio Bertelli, CEO of the Prada group and Miuccia’s husband: the two had already been working in contact with Simons having entrusted him in 2005 with the Creative Management of Jil Sander (at the time the brand was owned by the Prada group), immediately after the namesake designer left the scene.
“We like each other, we respect each other and we will see if we go somewhere,” Prada and Simons told reporters during the secret press conference in Milan. Simons explained that he was called by the CEO, Patrizio Bertelli, immediately after exiting Calvin Klein “Miuccia and I had a conversation about creativity in today’s fashion system. It led me to open dialogue with many designers, not only with Ms. Prada. We need to review how creativity can evolve in today’s fashion system.” “The lasting bond between me and Miuccia stems from our always questioning the fashion system itself, from the creative to the commercial side” added Simons. 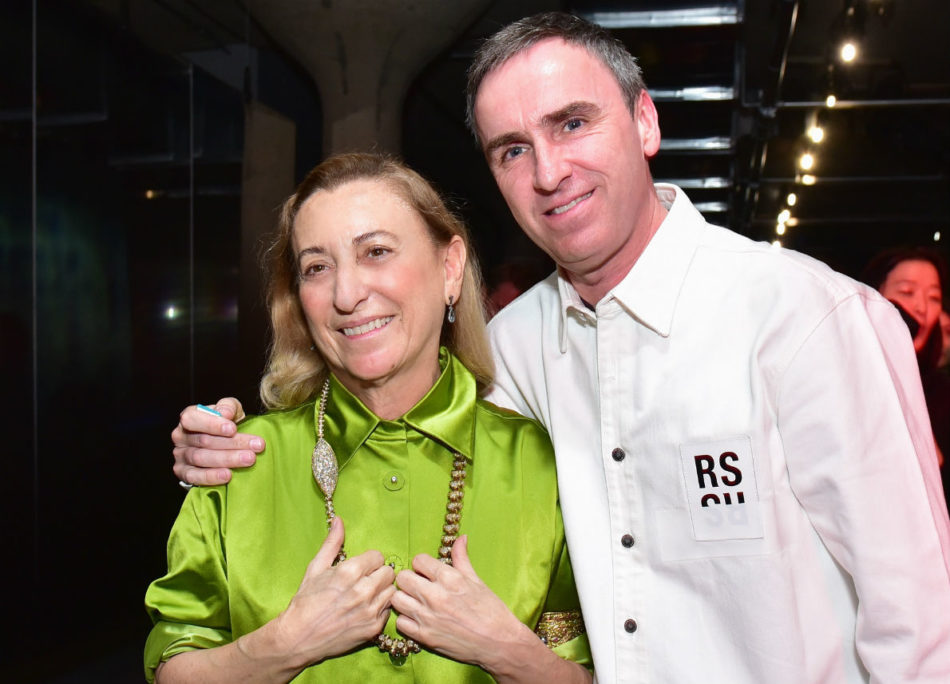 It was then specified that the designer will continue to work with his personal brand anyway and that this new agreement with Prada could last forever and the contract has no end date.
So Raf Simons will officially take on the new role of co-creative director starting from April 2nd and we will be able to see the debut of his first Prada collection in September 2020 during the Milan fashion week.

At the end of the hectic week of discounts and

ICEBERG SINCE 1974. THE FASHION SHOW IN MILAN