A few days ago (precisely on the 18th of May), the super awaited capsule collection Patta for Air Jordan VII has debuted in London and in Amsterdam.  This collaboration gave new life to an iconic pair of sneakers, in two different colours:  “Shimmer/Tough Red-Velvet Brown” and “Icicle/Sequoia-River Rock-Light Crimson”. Several pictures that circulated on social networks prove their originality: delicate hues enhance the classical Air Jordan VII’s silhouette, whereas the Patta logo stands out on the shoes’ midsole. The light pink tomaia paired with dark brown details is part of a chromatic match that Patta has already experimented with in the past. 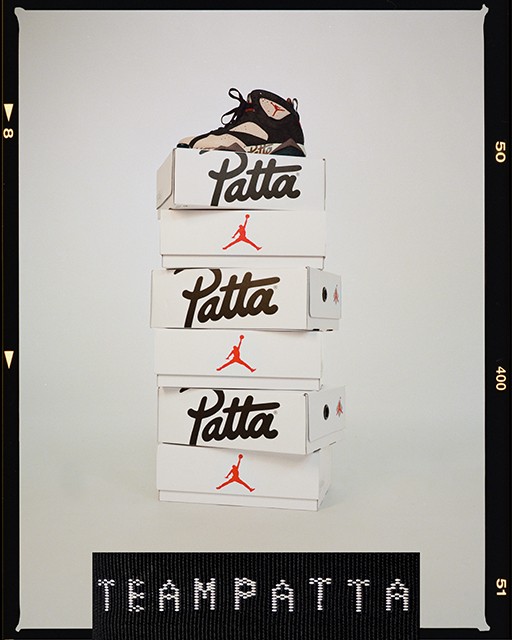 The signature of these two brands also appears near the ankle and on the heel, with a tongue that says “TEAM PATTA” and the number “23”.

The partnership between Patta and Air Jordan also produced a clothing capsule collection, consisting of shorts, a sweatsuit, T-shirts and boonie hat, characterized by the contrast between black and tribal elements, a very original pattern that had already appeared on the Air Jordan VII clothing line in 1992. 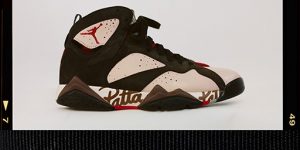 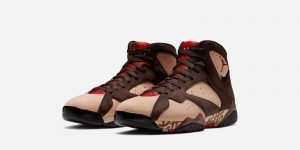 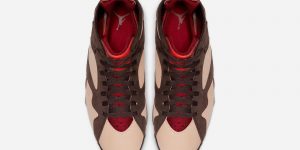 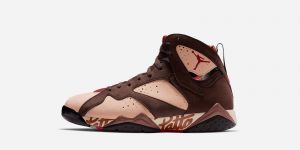 Of course, the face for the advertising campaign of the project had to be a celebrity of the world of sport: the football player from Paris Saint-Germain Neymar Jr. If you love Air Jordan and don’t want to miss out on this new collection, we can anticipate something: the shoes will be sold for 200 Euros and the official release is very close, on the 15th of June the whole capsule will be available on the SNKRS app and in few selected retailers all over the world.