From the Covid-19 pandemic to the civil rights protests in the United States, the months of April, May and June brought many changes to the fashion industry. The recent reports of Lyst, that analyzed the behaviour of 9 million users, confirmed out theories. After the end of lockdown people now more than ever can’t wait to do some shopping, and Nike became for the first time the most desired brand in the world, taking the place of Off-White which is usually is in the first place. The success of the sportswear giant is due to the millions of people working from home and seeking exercise attire during the lockdown as well as Nike’s response to the killing of George Floyd in the US and the widespread Black Lives Matter protests with their slogan “Don’t Do It”. Another factor that contributed to their success is the release of the docu-series “The Last Dance“ that increased by 36% the search for the Jordan sneakers.

New names appear on the list as well like Balmain and Fear of God. The fashion industry however encountered many difficulties during the pandemic and saw the cancellation of all the event and the digitalization of the fashion week. Only the brand that focused on e-commerce and their fanbase were able to keep floating. 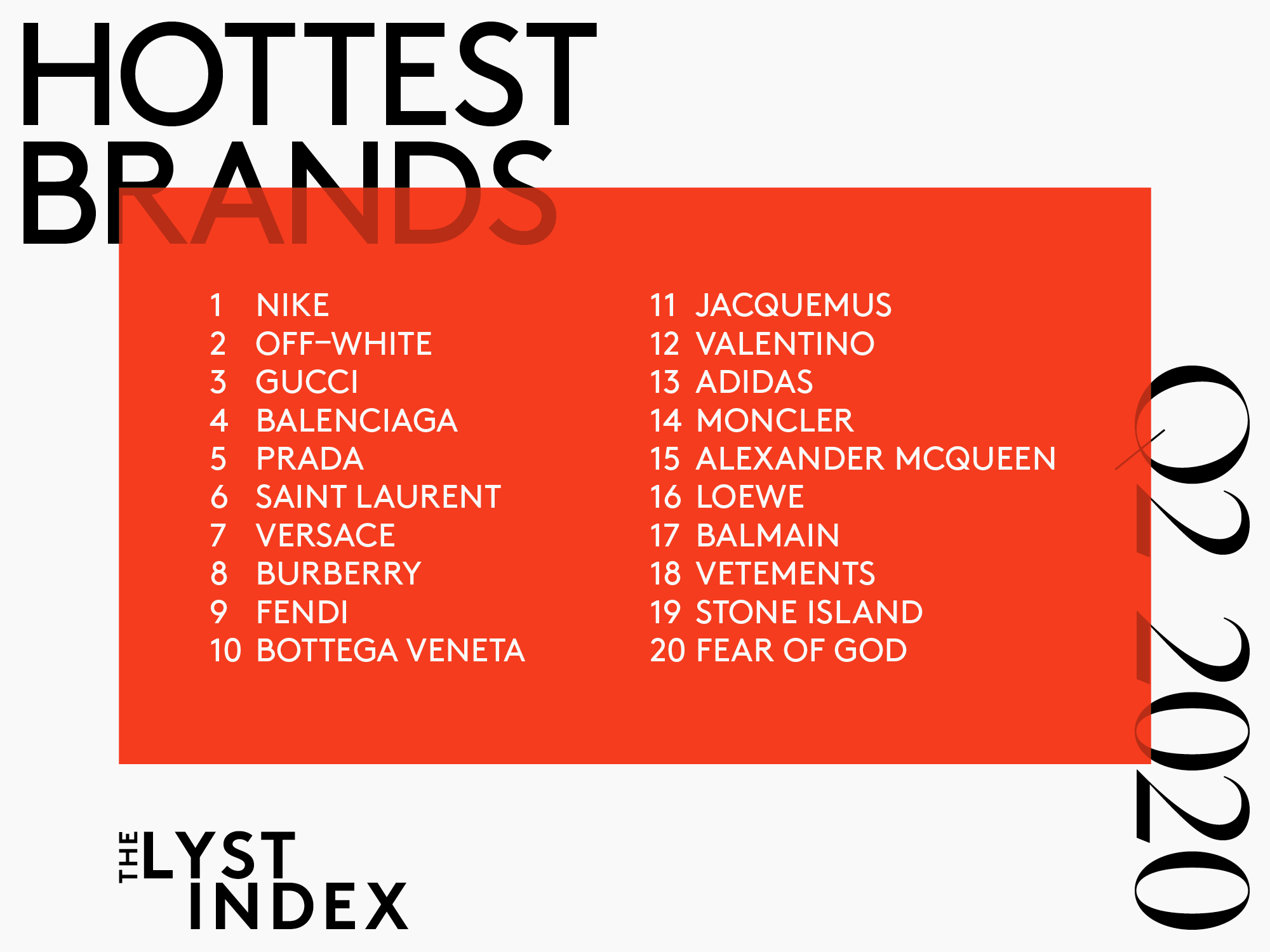 Jacquemus, for example, was able to keep his followers some company with many original initiatives like the FaceTime photoshoots with Bella Hadid and the recent campaign featuring Simone Porte’s grandma, as well as engaging with his customers. Speaking of social media TikTok became an important factor for the launch of new trends, like the JW Anderson cardigan worn by Harry Styles and the skyrocketing in popularity of the Arizonain sandals by Birkenstock, thanks to its partnership with Valentino and Rick Owens, and after being worn by celebrities like Kendall Jenner, Gigi Hadid, Usher and Leonardo DiCaprio.