After revolutionising the aesthetics of the Adidas Superstars, covering them with a very precious made in Italy leather, Prada has opted for a change of course. The new A+P Luna Rossa 21 sneaker is the result of the reinterpretation of a well-known shoe in the fashion house archive. The shoe, originally called Prada Sneaker, was born in 1997 as a tribute to the Luna Rossa sailing team, and its participation in the America’s Cup,

With its mesh and leather upper, the shoe revolutionised the world of sailing footwear and now, 23 years later, the silhouette is being revised again with the help of Adidas. The A + P Luna Rossa 21 leave behind the leather seen on the Superstars to be covered entirely in TPE, a semi-transparent synthetic material capable of making the look much more modern. The panel layering also boasts Adidas’ three stripes, colored in a darker shade. Instead, the semi-transparent midsole as the upper part ensures a monochromatic appearance. Finally, the iconic Prada red line provides the only touch of color that illuminates the heel. 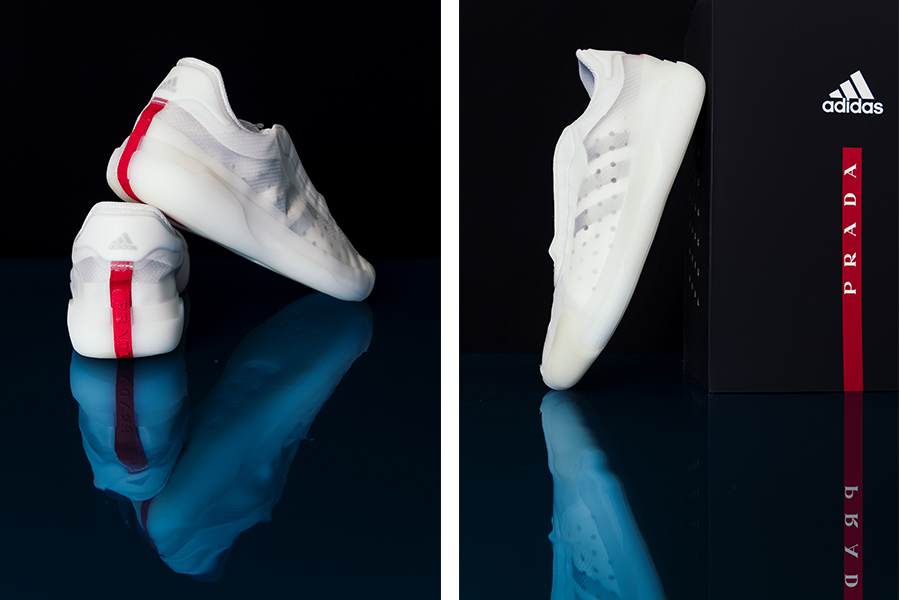 Over the last few years, the stylistic gap that separated the world of luxury fashion houses from that of sportswear brands has increasingly narrowed, making worlds that seemed light years away perfectly match. Within the world of sneakers, Prada was one of the forerunners of this trend.

The release of the shoe is scheduled for Tuesday 24 November.

THE NOTES OF BEAUTY OF HERMÈS "BOÎTE PIANO"

Created for the sailing, the gray version of the A