Lately Kanye West seems unstoppable. After anticipating the release of his upcoming animated series in collaboration with Kid Cudi and Takashi Murakami, releasing the Yeezy Foam Runner and showing his new website created by Nick Knight, the rapper just announced a collaboration between YEEZY and Gap. According to what the rapper said on Twitter, the design team will be lead by Mowalola Ogunlesi, one of the most promising designers of the fashion system at the moment.

Mowalola Ogunlesi was born in 1994 at Lagos, and her family owns a company specialized in the production of traditional African clothes. At 12 years old she moves to the UK to attend a college in Surrey. Once she finished high school, probably inspired by her parents’ work, Mowalola decides to apply to the BA Fashion Design course at the prestigious Central Saint Martins in London. She graduated in 2017 presenting the “Psychedelic” collection, inspired by the 1970s Nigerian rock scene. After launching her homonymous brand, Mowalola decide to drop her Master degree and joins the fashion platform, Fashion East. She quickly becomes one of the most hyped names in the fashion industry and her work get recognized worldwide.

Among her many successes, there is: the creation of an exclusive Barbie for their 70th anniversary; the launch of an exhibition, Silent Madness, in a London gallery; she won the Best New Designer at the Fashion Film Festival 2018 (Milan) with the short film Kilón Shélé Gán Gán, and she also designed a kit in collaboration with Nike for the 2018 World Cup. In the meantime, the brand Mowalola get sold by some of the most important boutiques all over the world such as SSENSE, Opening Ceremony and Dover Street Market, and worn by celebrities such as Drake, Skepta, Solange, the West family and Naomi Campbell, that showed of one of Mowalola’s creations during a gala. 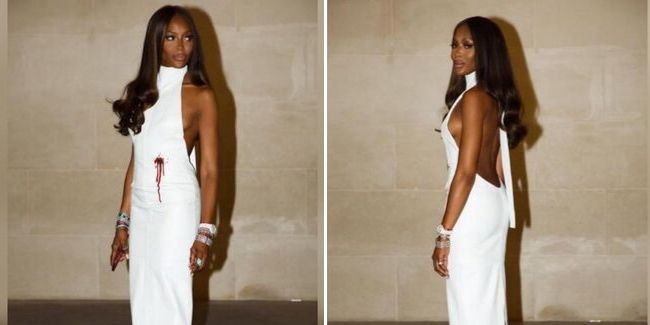 What makes her style different from other designers is her aesthetic that more than celebrating her African heritage, she detached herself from the prejudices linked to it, like the concept of masculinity and sexuality. Her creations are predominately genderless and extremely sexy, with a fetish inspiration. One of the most recurrent elements of her collections is the use of leather that creates a futuristic and kaleidoscopic aesthetic. The result is chaotic and suggestive at the same time, thanks to the presence of evocative prints and neat cuts. These are the factors that brought Kanye West to choose her for the role of design director in the Yeezy x Gap project.