Harry’s wife could soon launch a beauty line like Jennifer Lopez, Cindy Crawford, Jessica Simpson, or Heidi Klum did.
According to the clues collected by the Daily Mail and The Sun, the Duchess of Sussex considered an icon of beauty and, very much followed by her make-up choices, could launch a new business. 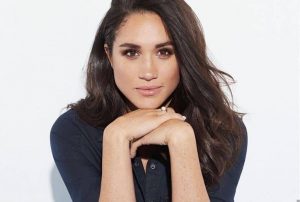 She, Harry, and her mother, Doria Ragland, have been spotted several times in the estate of Bill Guthy, co-founder of beauty companies such as Jlo Beauty. Probably to start a new collaboration.
In some interviews given at the time of his participation in the series «Suits», his favorite make-up brands were Yves Saint Laurent and Charlotte Tilbury. It would be no surprise then if there were also a part dedicated in his line to cosmetics.
According to the Daily, even the Dukes’ interview with Oprah could have been filmed at the same estate in Carpinteria, California.

In recent years, the invitations to participate in their fashion shows conceived

Following the example already given in fashion, especially by Nike and Adidas,

The video on TikTok went viral within minutes. Despite her, Elise Harmon,

“THE ICONS” , THE BEAUTY DIOR BOX FOR CHRISTMAS