NBA basketball legend Kobe Bryant died with 13-year-old daughter Gianna and 7 others in a helicopter crash in Calabasas, northwest of the city of Los Angeles.

A sudden and unexpected death that has provoked reactions all over the world: from America to India, the tributes in honor of the legend have been many.

From Madison Square Garden in New York to the Wall Street that has been dyed yellow-purple, the color of the Lakers shirt worn by Bryant. Many are the emotional memories of friends, relatives and show business personalities, starting with the friend and “rival” LeBron James who, remembering him with moving words, writes:

“I’m not ready, but here I am. Hell, I’m sitting here trying to write something for this post but every time I try I start to cry just thinking about you, your granddaughter Gigi and the friendship / law / brotherhood we had! I literally just heard your voice on Sunday morning before leaving Philadelphia to go back to Los Angeles. I didn’t think for a moment in a million years that it would be the last conversation we would have. WTF! I am heartbroken and am devastated, my brother. Friend, I love you, big brother. My heart goes to Vanessa and the children. I promise you that I will continue your legacy! (…) Please give me strength from heaven and watch over me! we are here! There are many other things I would like to say, but now I can’t, because I can’t overcome them! Until we meet my brother again! # Mamba4Life️ # Gigi4Life️ “

But as often happens in these cases, the death of the legend has also triggered jackals and speculators who have not wasted time trying to monetize this terrible tragedy.

The prices of the products connected to the name of Kobe Bryant have in fact undergone a surge in the re-sell sites and a race has immediately started to grab all the memorabilia related to the champion who during his long career has collaborated with several top brands level like Adidas, Nike, Mc Donalds, Sprite and Nintendo.

A speculation that Nike did not like at all with which Bryant has a long past of collaborations, which began in 2003 after leaving the previous sponsor Adidas who had accompanied him in the early years of his glorious career. And just to prevent these jackals from profiting from the pain of the fans and their desire to honor the legend, Nike has decided to remove all Bryant products from its online store. Currently, in fact, the homepage of the site and the various landing pages of the products concerned refer to a tribute message from the company written in large letters: 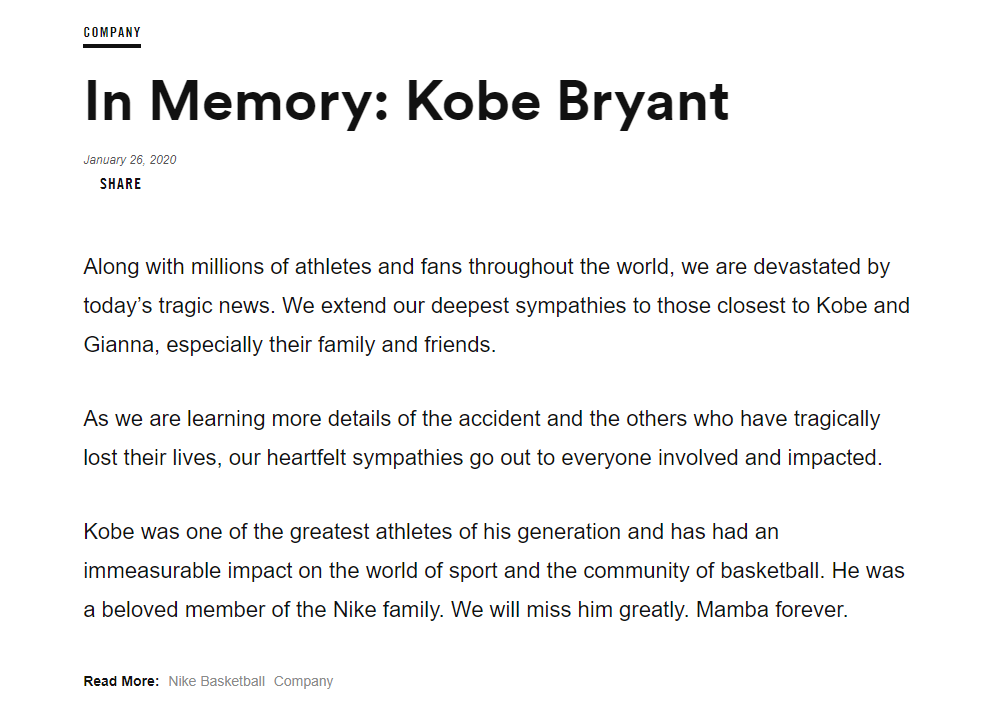 In the hope that this horrible speculation will end soon, we can only join the condolences of the family and also offer us a heartfelt tribute to this basketball legend that will always remain in the hearts of fans and sportsmen around the world.

“Like millions of athletes and fans around the world, we are heartbroken by the tragic news. We extend our deepest condolences to those dear to Kobe, especially to family and close friends. He was one of the greatest athletes of his generation, and his contribution to the world of sports and the basketball community has been immeasurable. He was a much loved member of the Nike family. We will miss him enormously. Mamba forever. ”

In the hope that this horrible speculation will end soon, we can only join the condolences of the family and also offer us a heartfelt tribute to this basketball legend that will always remain in the hearts of fans and sportsmen around the world. 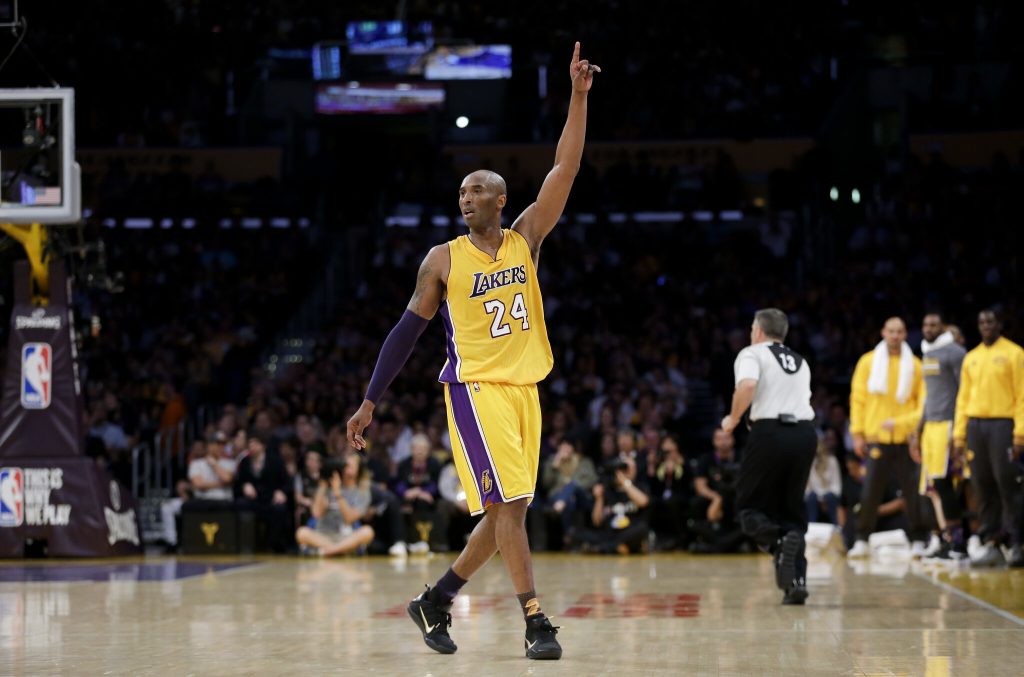 REGINA GEORGE IS COMING BACK!