These days the haute couture shows are taking place, the French high fashion. They are organized by the Chambre Syndicale de la Haute Couture, the body that manages haute couture in France and that decides whether a fashion house has the conditions to show or not. Until the pre-pandemic period, the fashion houses were forced to show in Paris, but today the situation has changed. We saw it with Dior, who presented his collection in Tuscany. But how does haute couture work, and how was it born?

Haute couture presents the collections twice a year and is considered the origin of fashion. The first couturier, that is, the high fashion designer, was the Englishman Charles Frederick Worth. He began working in Paris in 1858 at the court of Napoleon III, creating clothes for his wife, Eugenia de Montijo. The French bourgeoisie women went to the stylists’ ateliers to have exclusively tailored dresses made that no other woman could have. This concept of the uniqueness of the haute couture dress remains today. During the Second World War, there was an attempt to move high fashion to Berlin, but the Chambre Syndicale strongly opposed it.

Initially, the stylists presented the clothes in their ateliers, making them wear to the dolls to be completed later according to the requests. Later on, couturiers like Paul Poiret, Coco Chanel, and Cristobal Balenciaga began organizing small fashion shows with the so-called “mannequin” (the models) the richest women and journalists took part. At the time, haute couture customers numbered around 20,000 around the world.

To be considered an haute couture Maison, a company must respect the French Ministry of Industry’s parameters and the Fédération française de la couture. The clothes must be made to measure for each customer, who must try them on personally. The fashion houses must have a laboratory in Paris with no less than twenty full-time employees. Think that it takes around 800 hours to produce a high fashion dress. Usually, the dresses are embroidered entirely by hand, and every detail is controlled to perfection. The most famous brands currently showing are Christian Dior Haute Couture, Chanel, Elie Saab, Maison Margiela and Viktor & Rolf. Then there are the Italians Atelier Versace, Valentino, Giambattista Valli, and Armani Privé. 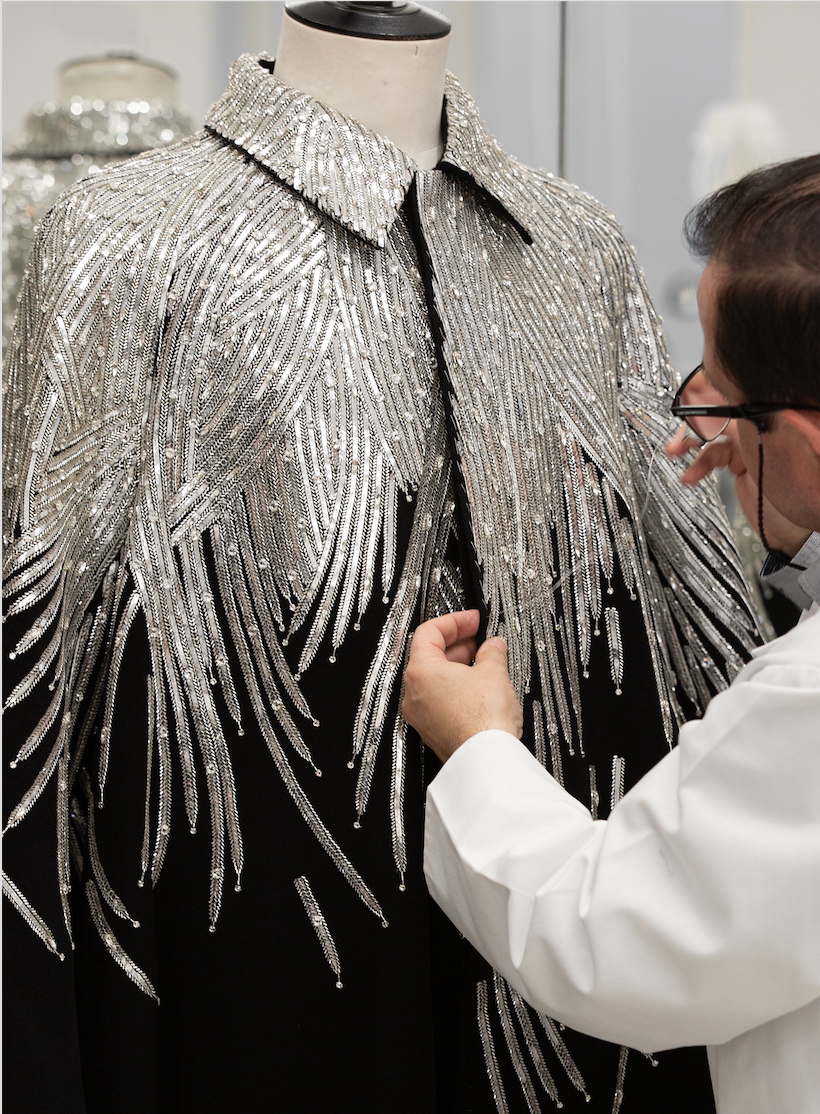 Haute couture is still considered an exclusive and elitist fashion today. In an article in T, the New York Times fashion magazine, fashion critic Alexander Fury explains that couture exists because it still represents true luxury. “It’s the luxury of someone taking care of a suit. Someone who spends their days creating something that not only makes you look beautiful but also makes you feel good. ”

About 2,200 seamstresses are working in high fashion today. They are nicknamed “Les petite mains” (little hands) precisely because they sew almost everything by hand. In fact, given the hard work and the precious materials that are used, an haute couture dress has a very high cost. A day dress can cost around nine thousand euros, while an evening dress can cost several million euros. To give a few examples, the dress by designer Scott Henshall that actress Samantha Mumba wore in 2004 at the Spiderman II film premiere was valued at eight million euros; The wedding dress by Christian Dior haute couture with which Melania Trump got married cost between one hundred and two hundred thousand euros.

But although haute couture clothes cost a lot, they yield very little to the companies. About 1 percent of the value of a suit. The fashion houses, therefore, create high fashion lines above all for prestige and to promote themselves. An investment to increase brand awareness and indirectly increase ready-to-wear sales. Fashion houses often pay actresses to wear their dresses. In 1997 Nicole Kidman was one of the first to exploit this mechanism when she wore a Christian Dior Haute Couture dress in exchange for about two million dollars.

Precisely because of these very high prices, today there are very few haute couture customers worldwide, and they come mainly from Russia, China, and the Middle East. The Telegraph writes that the value of an haute couture dress increases over the years and becomes an investment even for collectors. In the 1950s, the main clients of high fashion were personalities such as the fashion icon Babe Paley, the designer and art collector Marella Agnelli (wife of Gianni Agnelli), and the actress Grace Kelly.

Between the seventies and eighties, characters such as Nan Kempner, Lynn Wyatt, and Dodie Rosekrans.

The nineties are remembered for Mouna al-Ayoub, a high society woman from Kuwait, and the American Suzanne Saperstein, the woman who at the time spent the most money in the world on haute couture.

"READ LATER" ON WHATSAPP AND OTHER NEWS

GUCCI HAS NO RIVALS IN THE FASHION SYSTEM