According to the latest rumors, Epic Games would have started negotiations to bring the famous Fortnite to the big screen.
In particular, three former LucasFilm employees, who have just joined Epic Games, would be working on it. From LucasFilm came the former vice president of production, Jason McGatlin,
who also served as executive producer on all of Disney’s Star Wars movies. Lynn Bartsch, Head of Business, and Chris Furia, formerly of LucasFilm, were also hired with him.
It is not clear what the timing of a Fortnite movie could be, nor if it will be in cartoon form or starring real actors.
The game already had two chapters, the second of which reached season 8, and has an ever-changing narrative.
Recently the luxury Balenciaga brand was the first to start a collaboration with Fortnite. 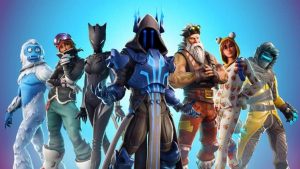 While it lacks a story in the traditional sense, like an excellent multiplayer title, it could get its own through a feature film. That of the movies is a path that many in the gaming world have taken in recent times.
Nintendo, for example, has recently announced the cast of actors who will lend their voices to the characters of the Mario film in development at Illumination (Despicable Me). In that case, the film will be made entirely in computer graphics, so it will be an animated film and not a new attempt in live-action,
which did not bring Mario the hoped-for success in the past.
Share this
Tags: