Hour 19.00, appointment in Milan, love is staged. They celebrate love, because this feeling has been their workhorse since the beginning. We are talking about Dean and Dan Caten, the designers of the DSquared2 brand, who yesterday with a spectacular fashion show and on the notes of “We are family” hit – symbol of the 80s disco of the Sister Sledge (Ps. performed live), while the images of the two designers’ family album were scrolling on a mega screen, they celebrated 25 years of their brand. The two Canadian designers thus opened Milan Fashion Week. 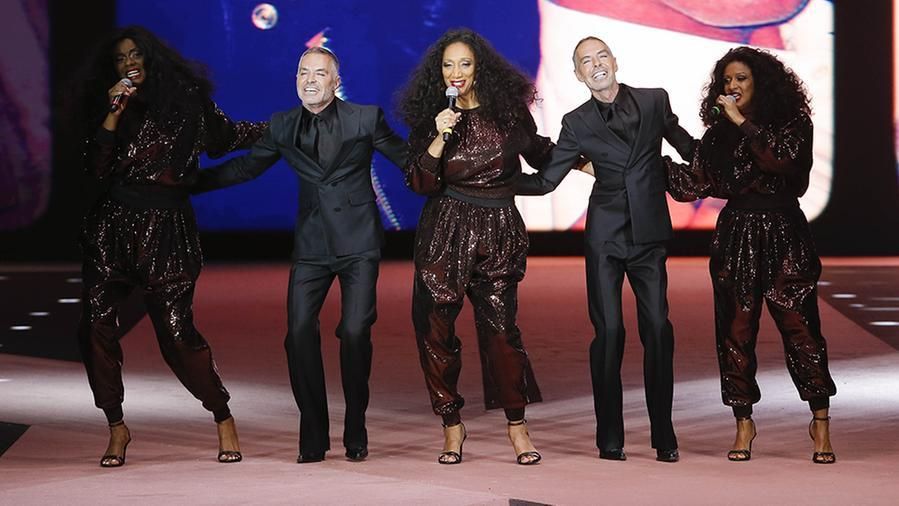 Dean and Dan Caten with Sister Sledge
The great love of their success was secretly transmitted in the F / W 2020/2021 collection, embroidering the word << Love is … >> in jacquard on the sweaters, sweatshirts and t-shirts. A passion that has transformed their work into fun and carefree in these 25 years, a joie de vivre told through a unique but not uniform wardrobe for the two sexes.
On the catwalk we saw low-rise jeans, often with a fake overlap, high-heeled ankle boots for him and her, upturned and stitched rams in all shapes and big-size revolvers. We went from the parka to the duffle coat to the hood up to the creeping coat and the micro skirts that contrast the men’s maxi sweaters. These eternal guys who rose to the fashion Olympus for sculptural jeans, Canadian style and sexy provocations, did not disappoint us this time either. Dean and Dan Caten managed to offer us the concept of fun and sensuality but without showing off too much even in this fashion show. “Ingredients” that have always conquered entertainment people such as Madonna, Maluma, Christina Aguilera and others. 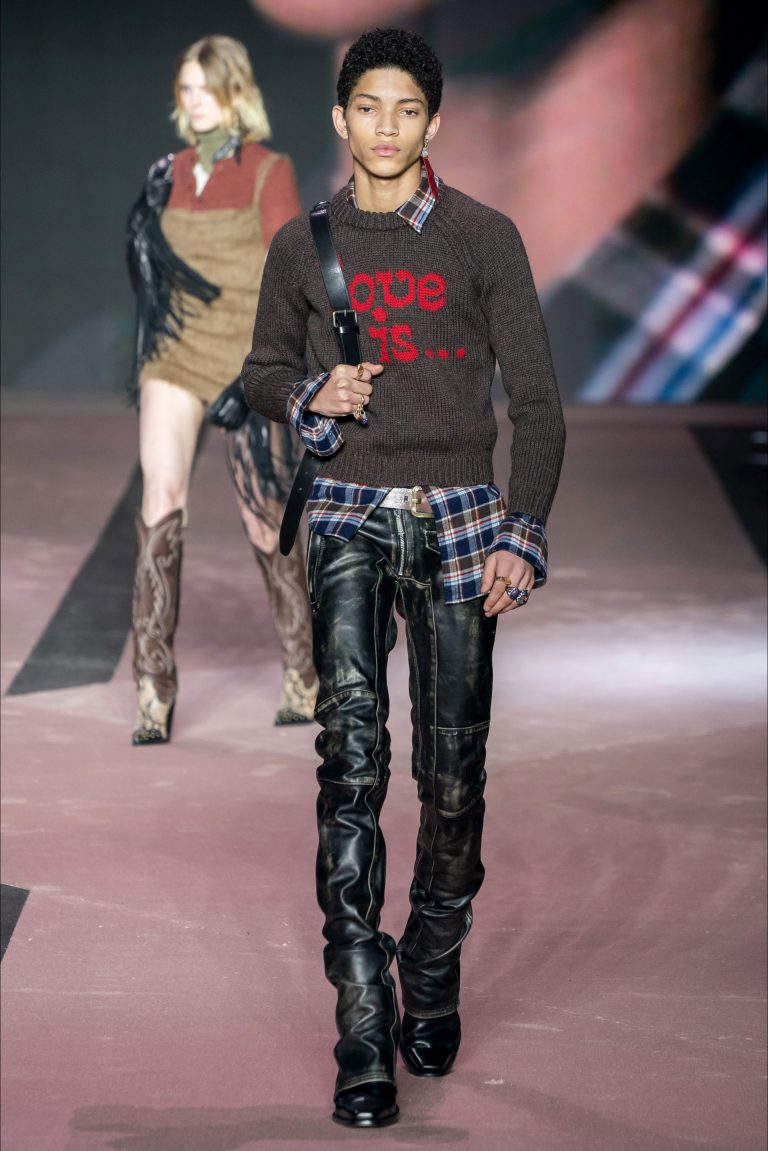 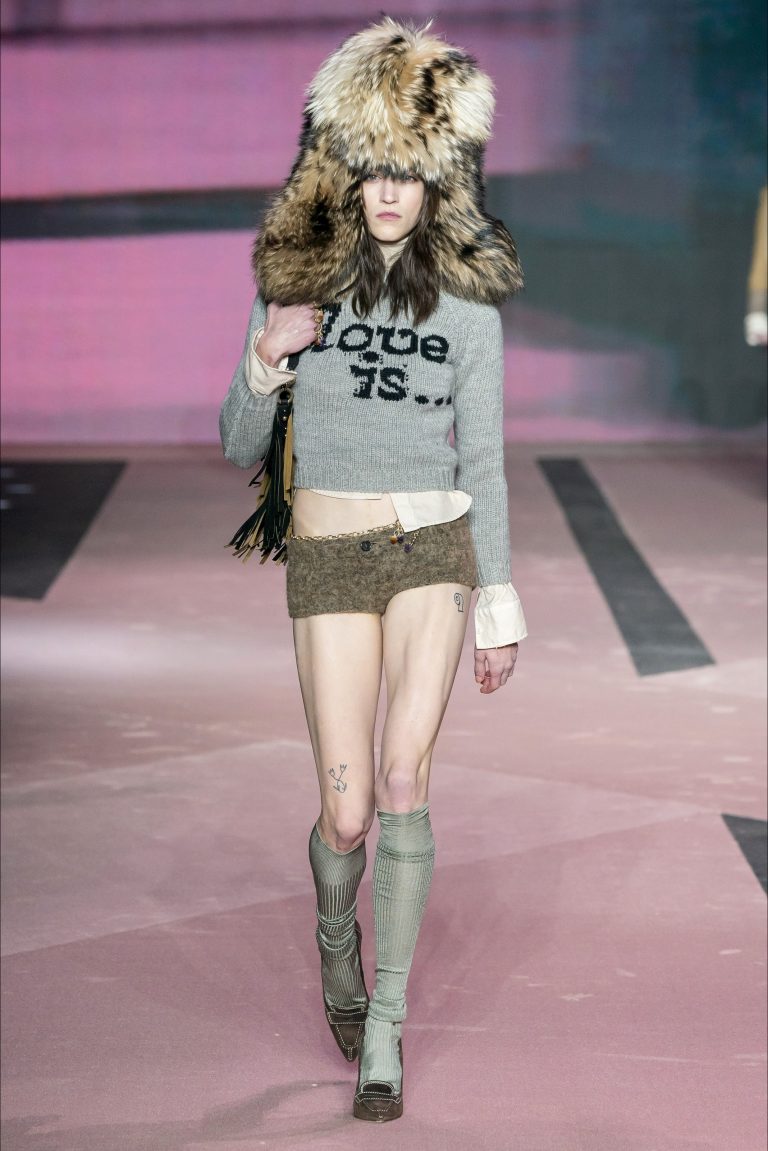 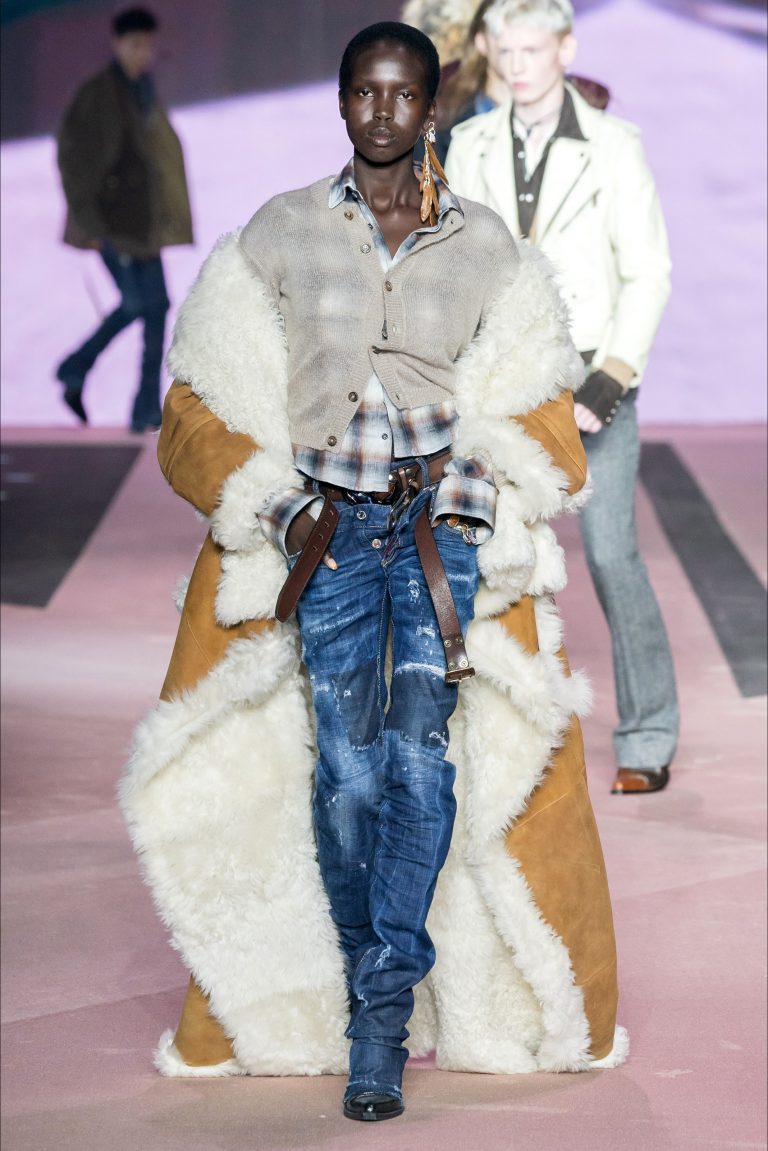 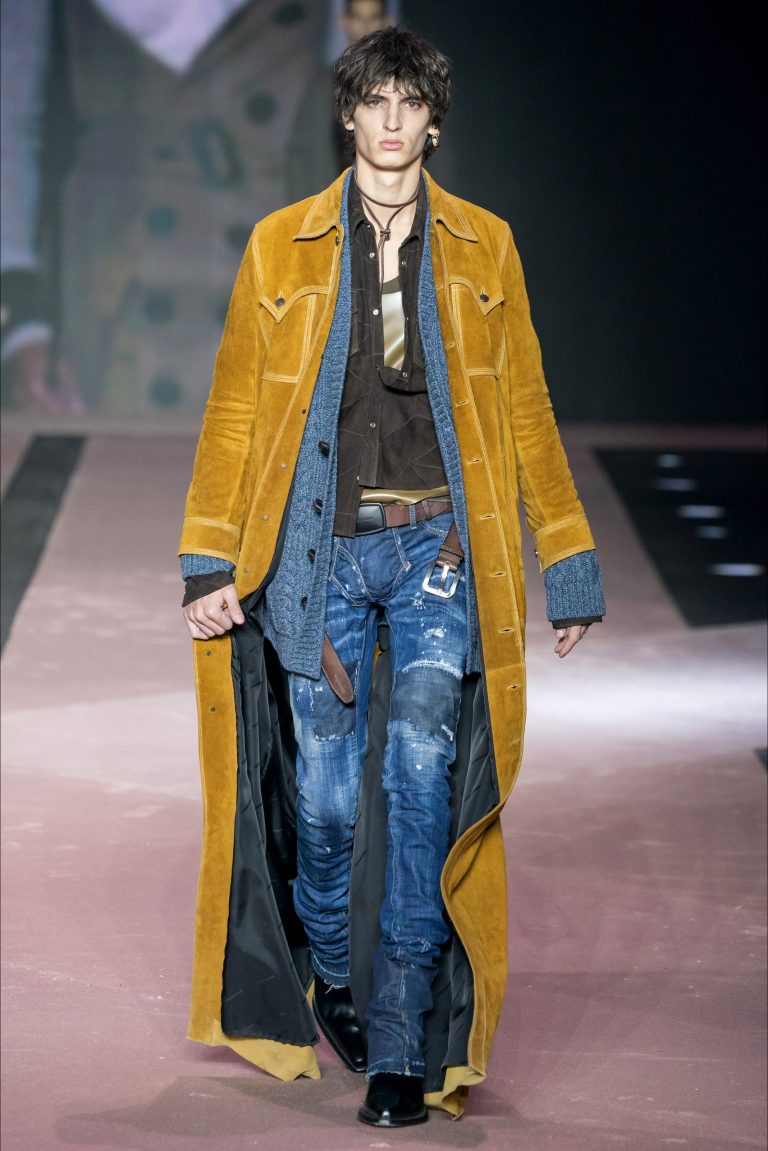 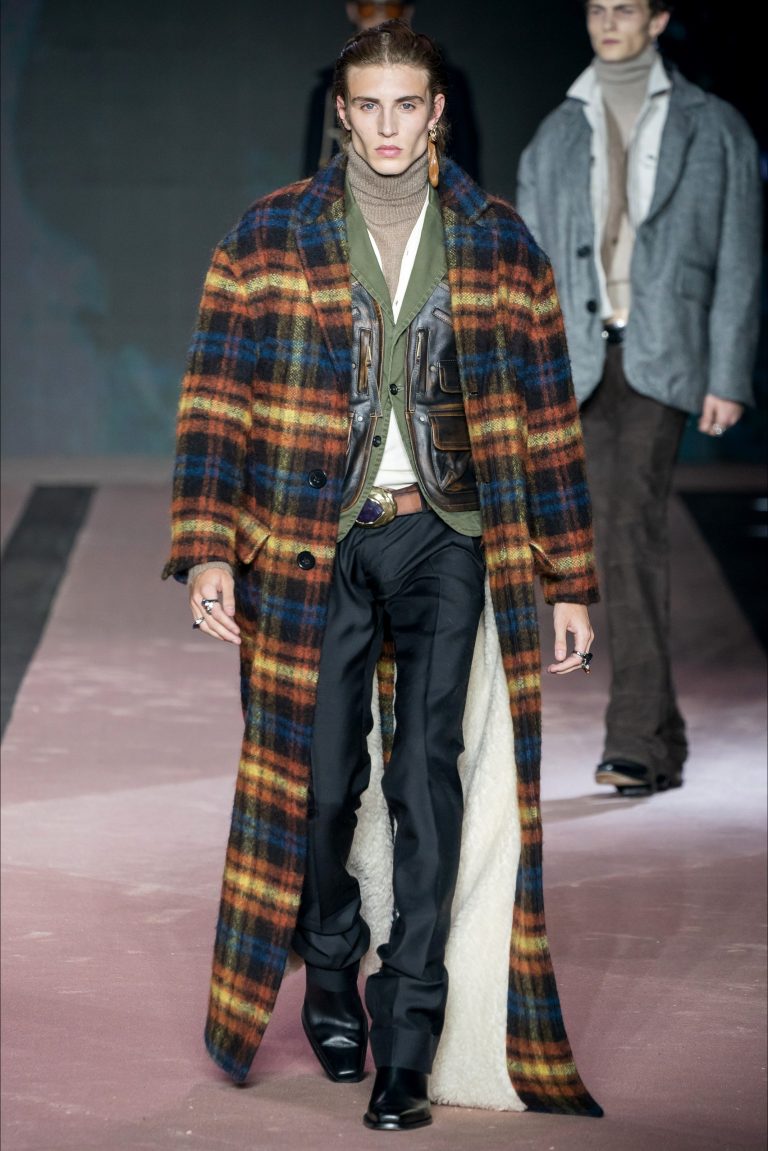 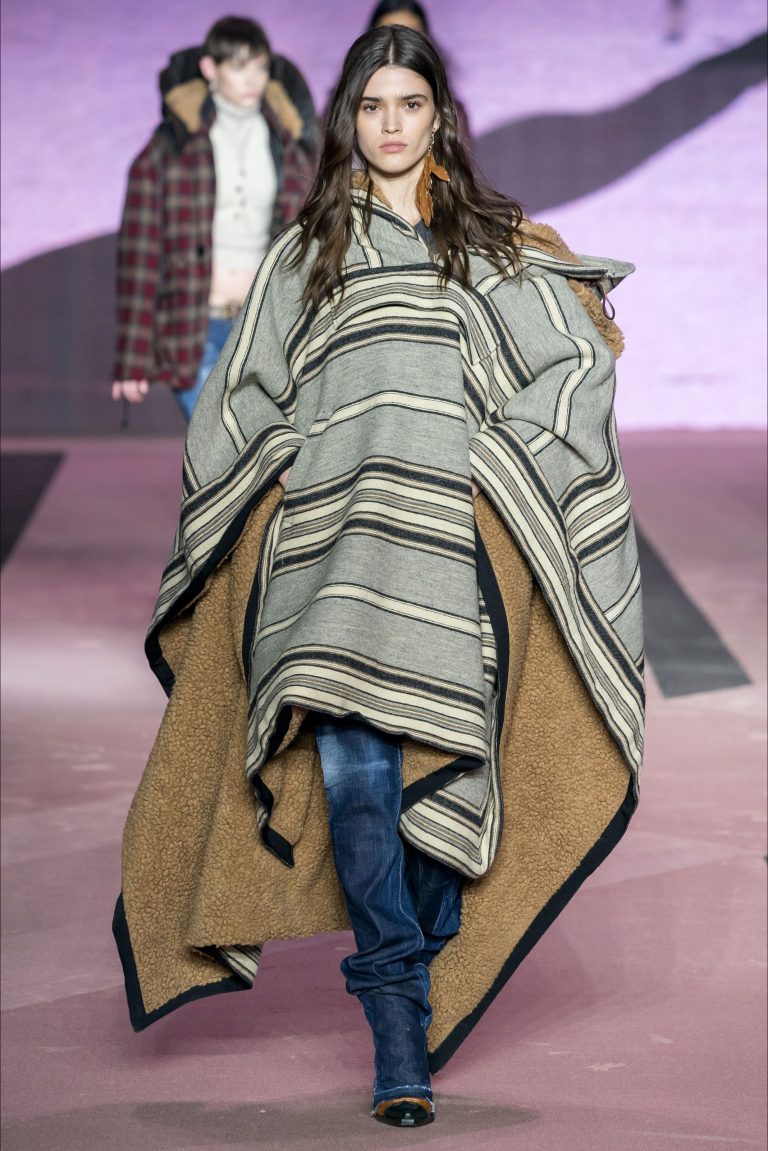 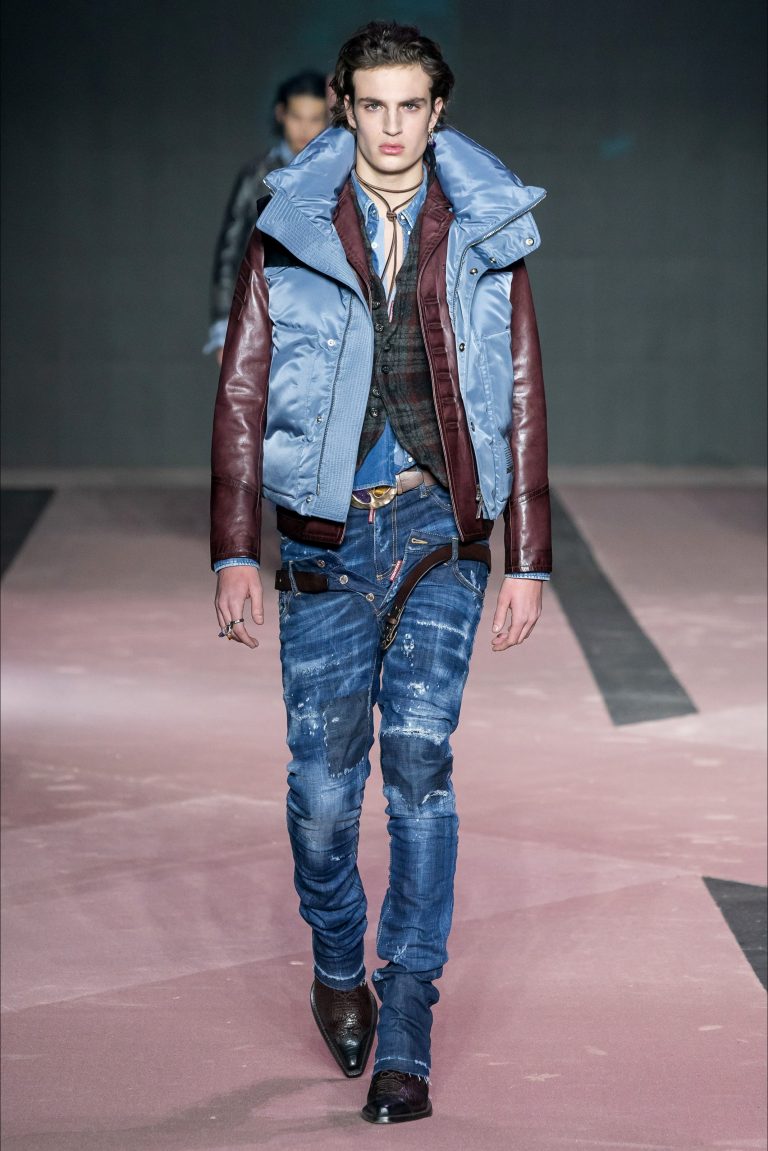 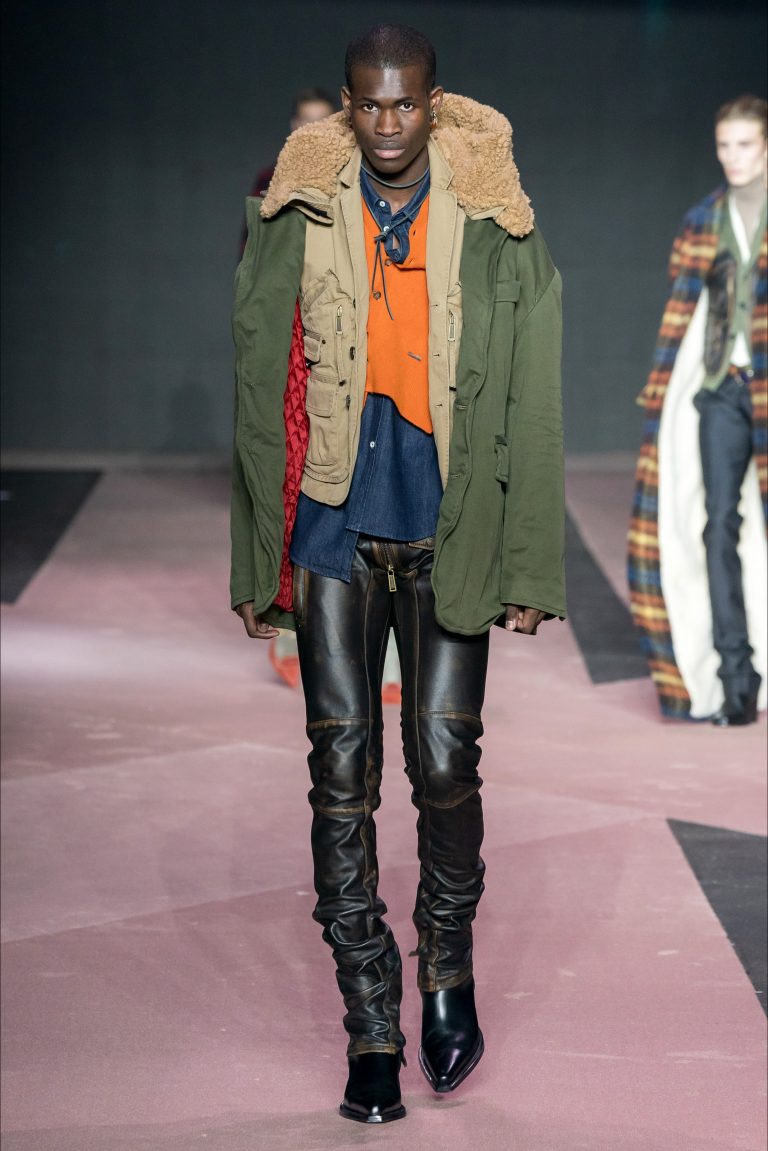 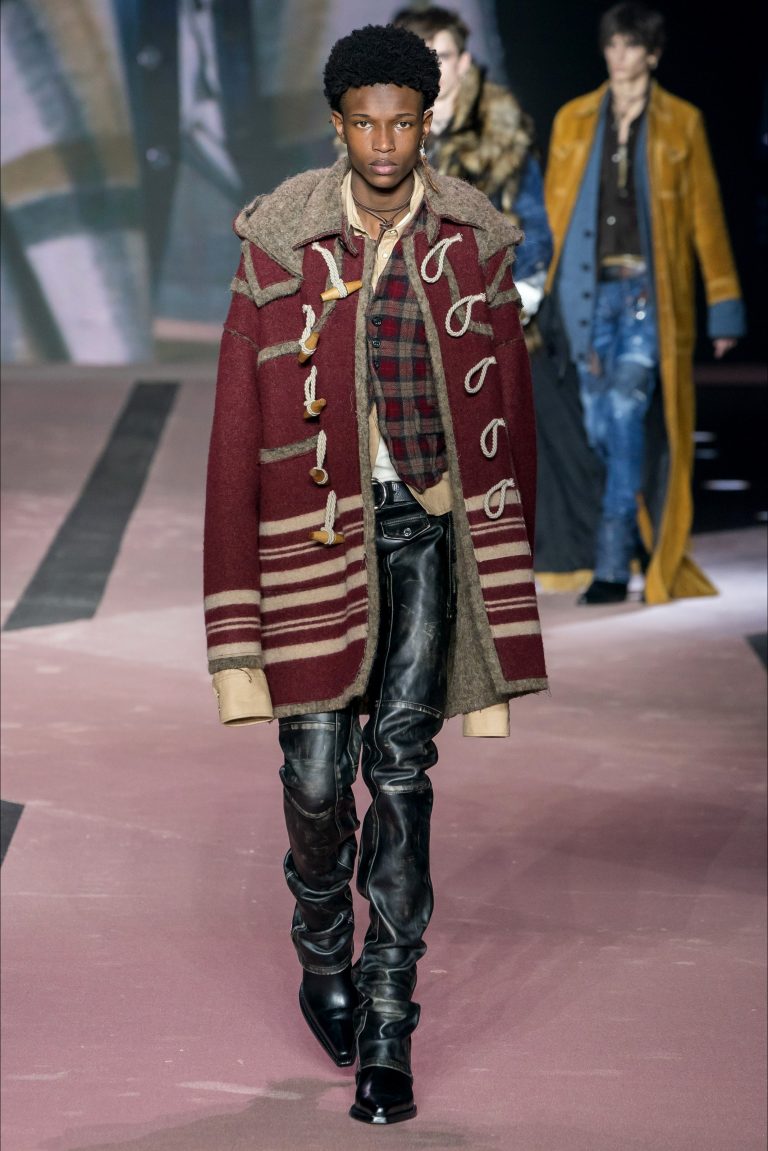 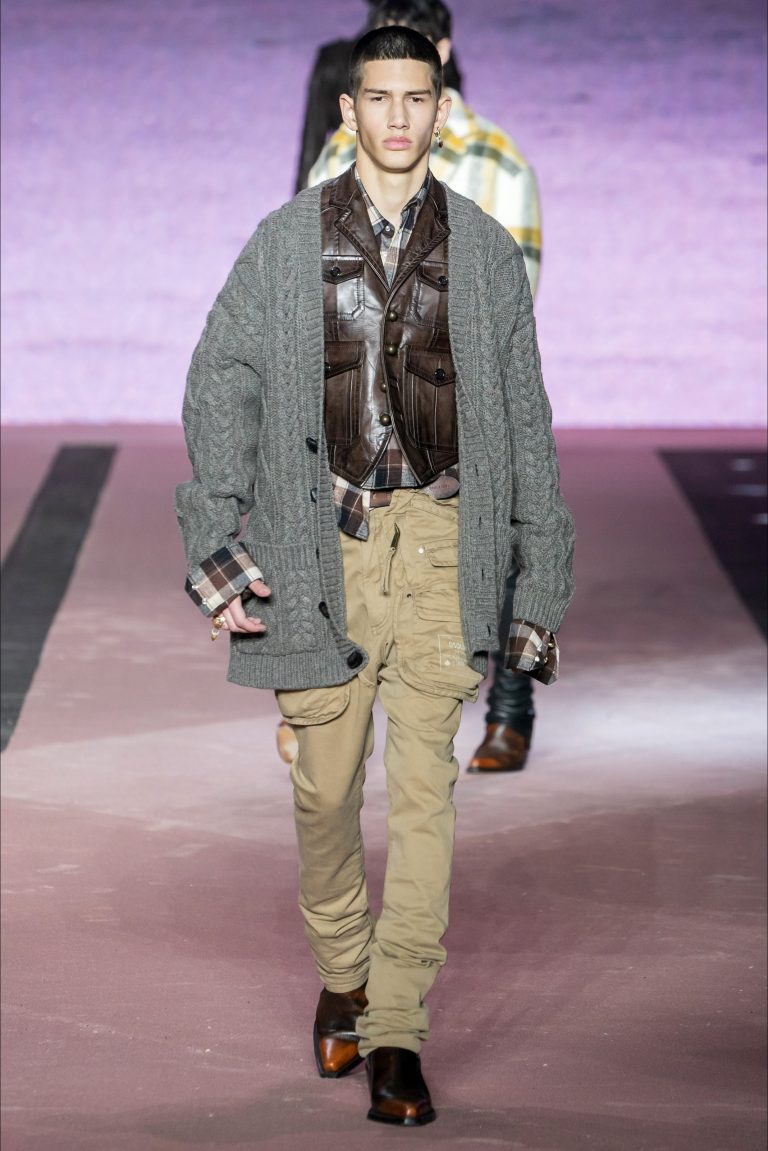 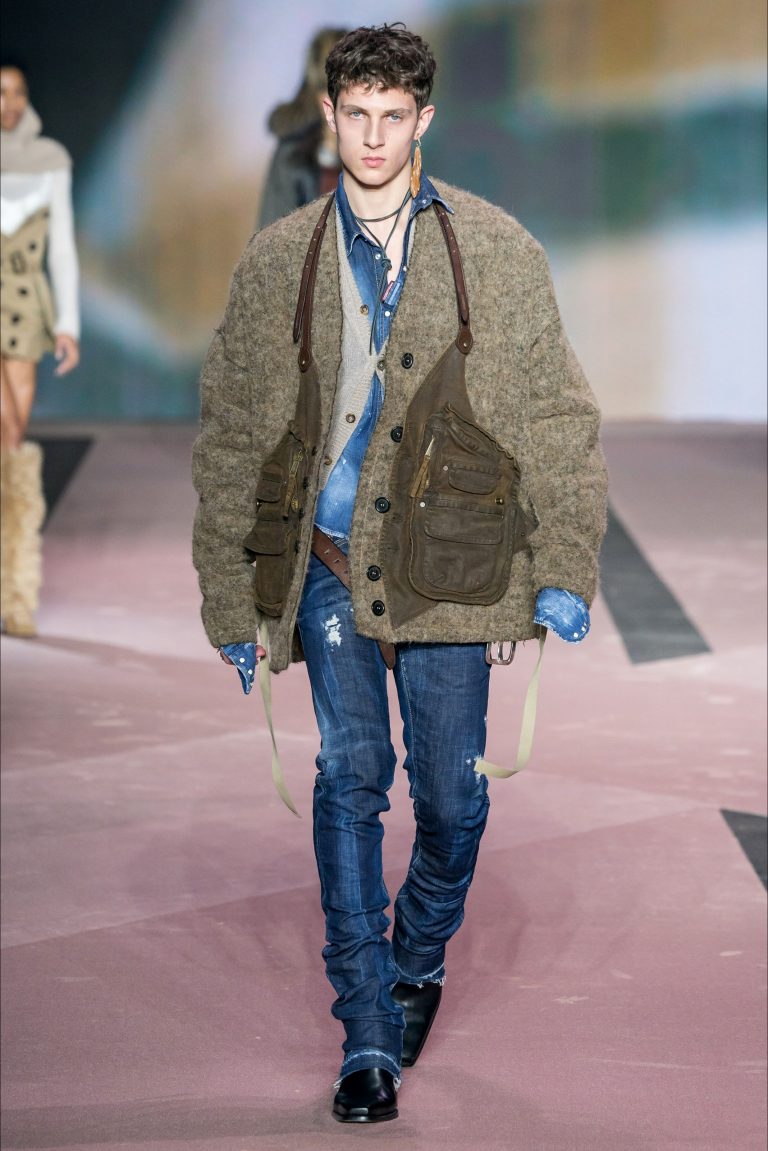 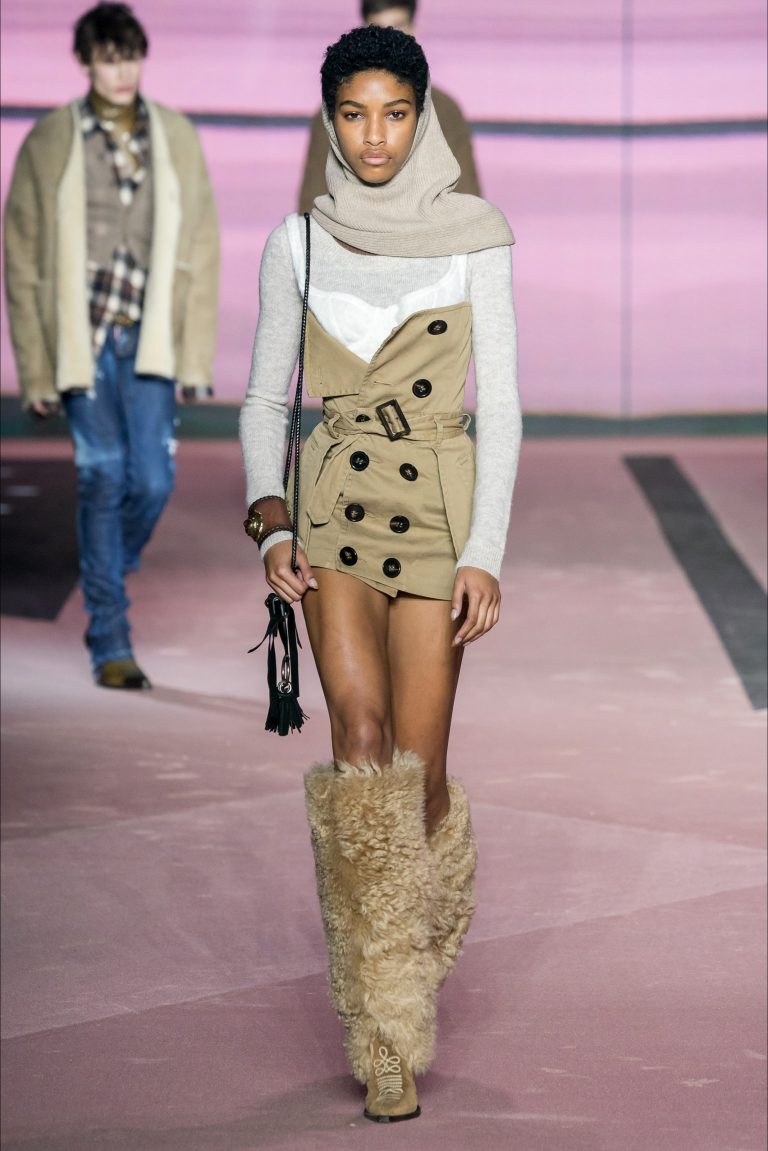 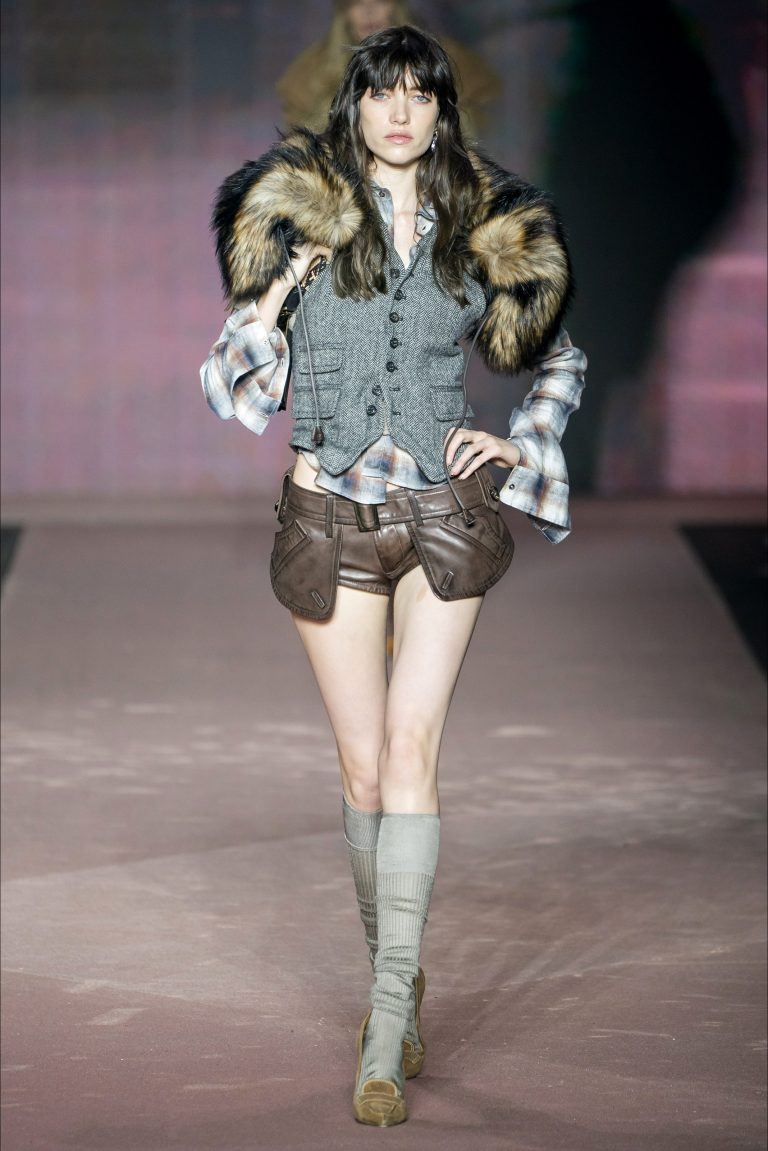 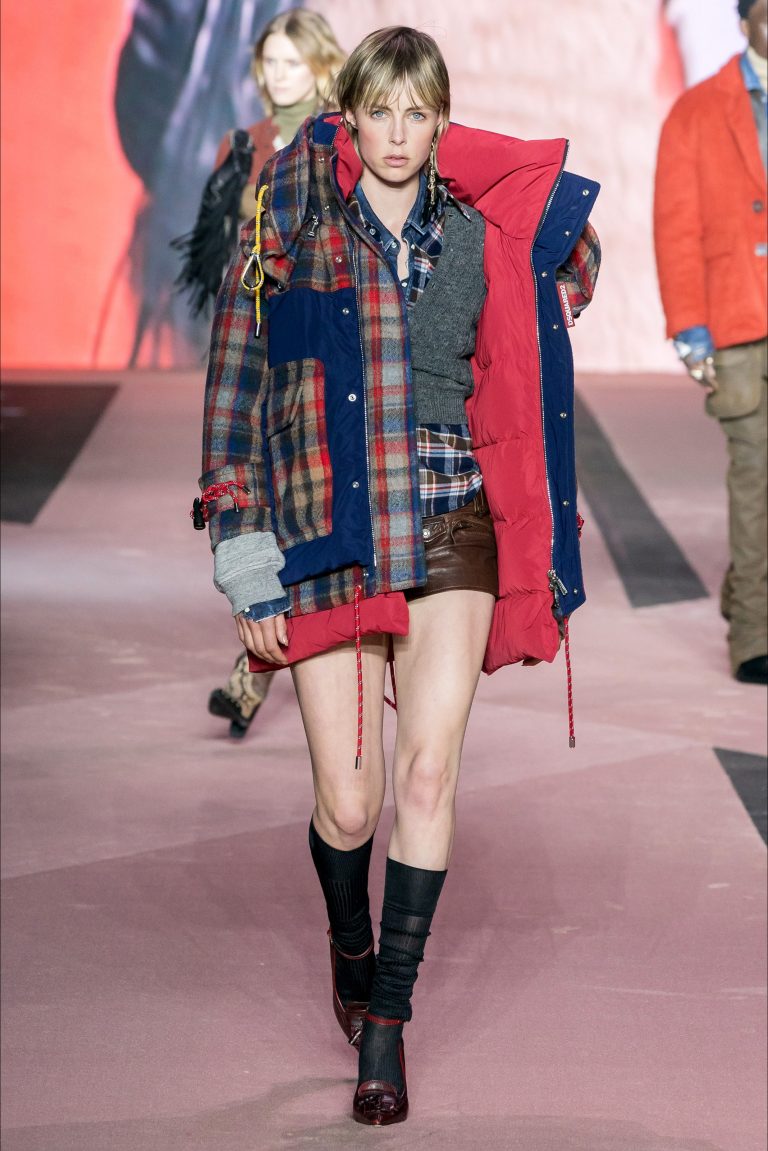 HOT was also the invitation for the party at 22.30 in via Lorenzini. A space with DJ sets and a huge digital wall on which this time photos of their Instagram profile flowed, as if to thank everyone for the moments of shared love in these 25 years of career. The characters of the show were countless. From Valentina Ferragni and boyfriend Luca Vezil, to Spanish actor and model Jon Kortajarena, from supermodel Barbara Palvin to boyfriend Dylan Sprouse. Our publisher Maria Vittoria Cusumano could not miss the event.
As on the notes of the song “Love is in the air” by John Paul Young, so was the unique and memorable event signed by Dsquared2, where the love of the two designers has certainly triumphed and conquered our hearts.
Share this
Tags: