One of the accessories we will hear more about this year is the Fendi Baguette. And we’re not referring to the historic model that has become an icon of the brand in its various versions, but to the one that recently stole the scene during the Fendi menswear FW 2023 collection show. What could be better than a Fendi baguette, if not an even more actual Fendi baguette?

It was only last year when, at New York Fashion Week, the fashion house celebrated the 25th anniversary of its famous accessory and it was no coincidence that it chose the city of New York as its scenic stage. The Fendi baguette has always had a special bond with this city, also fueled by prominent personalities who reflected its cosmopolitan and glamorous style, such as Sarah Jessica Parker , star of Sex & The City, the TV series that contributed to the transformation of the purse in an icon.

In fact, if you remember correctly, the actress was also the protagonist of some campaigns of the maison, reciting the phrase “It’s not a bag, it’s a Baguette”.

Returning to the present, one of the main concepts of this Milano Fashion Week is the one-shoulder garment and Silvia Venturini Fendi took the opportunity to present the well-known “Baguette” model from another perspective, which paradoxically is the most exemplifying, rethinking the brand’s iconic accessory in a form that truly depicts the loaf of French bread in its original size, with the classic cuts on the surface that bakers make for its creation. 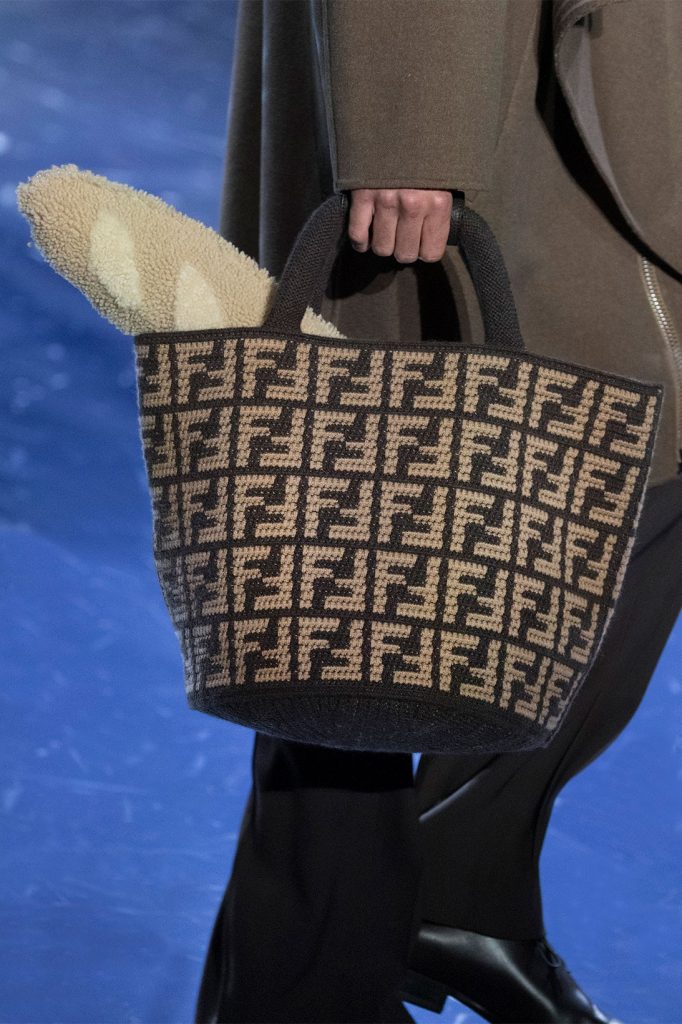 Marking one of the strongest collections of the week, Fendi brought cozy yet sophisticated looks to the catwalk, with oversized outerwear, off-the-shoulder sweaters featuring soft, thick fabrics and a mix of trompe l’oeil details that play with textures and colours. And it is among these comfortable and at the same time cool outfits that the accessories of the collection stand out in their unexpected and irreverent design.

While the original Fendi Baguette has been reinvented many times over the years, for the winter of 2023 the designer has taken her reinterpretation of the bag to very new levels, declining it in various ways and with multiple uses: as a soft clutch, elongated shaped with zip closure, as a design umbrella holder to wear over the shoulder or inside woven FF cashmere bucket bags, just like real loaves of bread but in a fuzzy version. 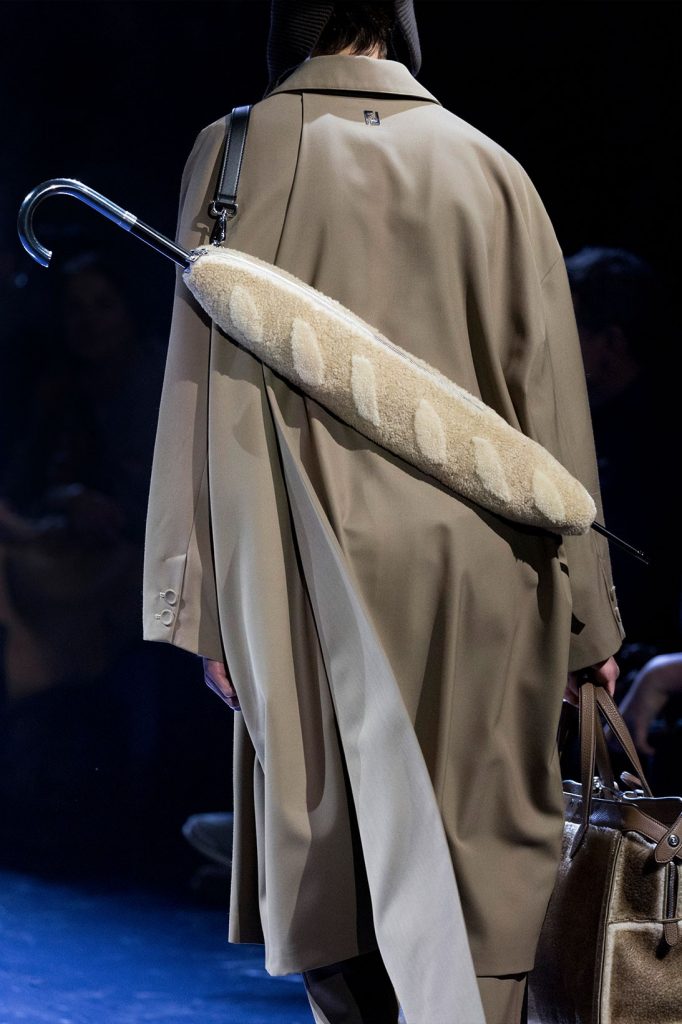 These fantastic accessories will  probably launch later this year in the autumn 2023.

To paraphrase Silvia Venturini’s thought, the baguette bag has never been just a bag, but an instance of creativity that evolves over time, keeping the essence of the brand itself alive.

Given fashion’s love of the quirky and whimsical, Fendi‘s literal baguettes will be one of this year’s most signature trends and will undoubtedly take over our Instagram feeds.