A Bathing Ape was founded in the heart of Harajuku, Japan, in 1993. Considered for the last three years a trendsetter for Japanese streetwear and collaborated with the most important brands in the industry on a global scale. Already in 2016, the brands BAPE collaborated with CocaCola for a capsule collection that included hoodies and t-shirts that resold for crazy prices. Now, the two brands come back, with a new collaboration of two different series of limited edition bottles, of the most popular drink in the world. The two Coca-Cola bottles 250ml will have their classic aluminium cover, decorated with the classic  BAPE Camo pattern and a Baby Milo which, unlike the previous one, will not feature the logo that contributed to the history of the Italian brand, but the BAPE logo positioned in the lower end of the bottle. 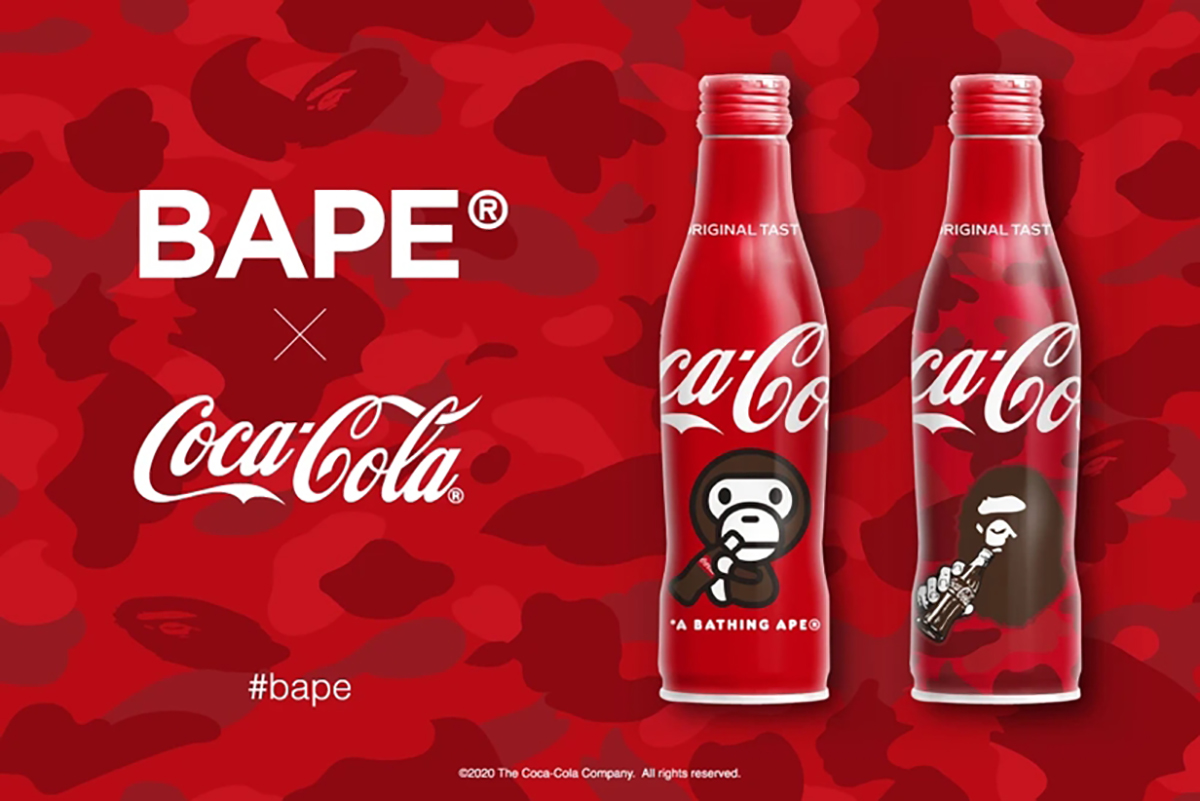 The two bottles will be available for now only in Japan, May 15th on Amazon Japan. For the American and European fans, we’ll have to wait for the reselling market. Recently BAPE released their new pattern “Neon Tokyo”, that quickly became a must-have.

ELODIE AND MARRACASH SOON TO BE MARRIED

BAPE has officially announced its entry into the NFT space with