We never addressed the issue of resell sites during this coronavirus period, and we asked ourselves, what difficulties and what restrictions are they facing? Unlike the songs like Nike and Adidas, they keep the shutters closed of their shops all over the world, as you can read from social posts, the web world has not encountered any difficulties and, for better or for now, not even the resell market . Indeed the sites that deal with the resell of sneakers, such as StockX and Stadium Goods, but have not recorded significant collapses in terms of sales as reported by a spokesman for StockX. 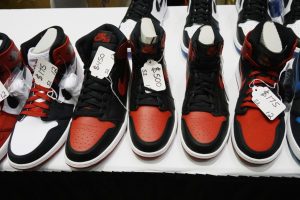 This is not affirmed by independent resells who apparently are the most affected figure in this market. You will wonder why? Simple their secondhand business is based on the existence of physical stores and in-store drops, but the closure of retailers has led to a slight difficulty in earning. Even if the latter has not stopped completely as for the more traditional business, we should wait to say it. After all, it is all a vicious round and a crisis that is more prolonged than the primary one, can also drag the secondary world of the “secondhand”.