As usual, news of the last few days, following the conditions of coronavirus emergencies born all over the world, the leaders of the Fédération de la haute couture et de la Mode (the institution in charge of the Paris fashion weeks) have deliberated the definitive cancellation of Paris Men’s Fashion Week (scheduled between 23-28 June) and for the Haute Couture 2020 week (initially scheduled between 5-9 July).
But not only Paris, the example has also been followed by our country, the National Chamber of Italian Fashion has decided the fashion shows of the Men’s Fashion Week (scheduled for June 19-23) will be held during the #MFW in September, or in concomitance of the Women’s fashion shows for the SS 21 season. And even London, which should have been held respectively in the days preceding that of Milan. 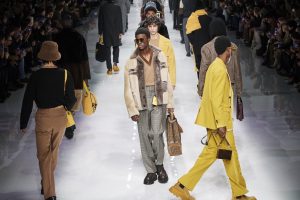 While Shanghai Fashion Week and Rakuten Fashion Week in Tokyo are preparing to become the first entirely digital fashion weeks. In collaboration with the e-commerce platform Tmall, owned by the Alibaba group, all the fashion shows will be streamed live on the Taobao Live channel, between 24 and 30 March 2020. An event to remember over time for having transmitted the the first weeks of fashion in the world in digital format.

DOES OLIVIER ROUSTEING HAVE A TWIN?

THE RETURN TO TOM HANKS AND RITA WILSON'S HOME