What do they have in common, Pharrell Williams, Kendall Jenner, Travis Scott, and the Twentieth-century knights? Simple, and a Hermès bag! But not anyone, nor the Kelly or the Birkin, but the Haut à courroies. It is the largest of the bags of the house, affectionately called “the eldest daughter of the family”, born even before the car, at the beginning of the 1900’s. 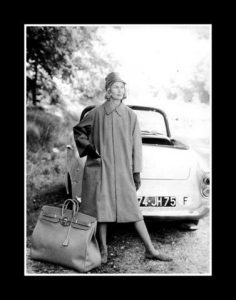 Initially conceived for carrying the saddles and riding boots, this bag is ingenious, and functional put us too much time to conquer the most demanding travelers. Due to its generous opening, the trapezoidal shape, the basic design, the practices straps, and, above all, the voluminous capacity. It now represents a real grail, which is extremely rare to own, and with a price on the secondary market is around $23.000. An undisputed symbol of exclusivity and luxury.
Obtaining this status has become the object of the desires of many stars, including Travis Scott, a character who certainly did not go unnoticed to her style, always original. In his last appearance in New York City, the rapper was, in fact, paparazzato with an eye-catching pattern of the Haut à courroies in crocodile leather with brown in measure 50, the largest, capable of transporting virtually everything you need for the weekend. 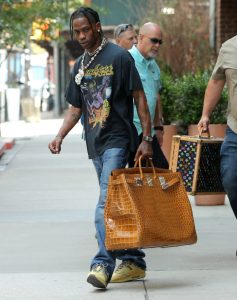 Rather curious, is then the outfit with which the artist wanted to match the it-bag, consisting of a vintage t-shirts of the Band, the maxi chain “Melted Utopia Dream” commissioned to Eliantte & Co., with the collaboration of Takashi Murakami, a pair of jeans and a new version of his Nike Air Max 1 “Cactus Jack”. In addition to the rare suitcase Alzer 80 of Louis Vuitton x Takashi Murakami dating back to 2003.
Share this
Tags: