Take ten people who have never touched a soccer ball and invite them to play. What you will see will be a clumsy attempt to try to follow the ball and make goals. Now ask four guys who don’t know what the padel to try to make a match. What will be on the scene will not be a show aesthetically satisfying, but those four guys will likely play, giving life to a challenge. Could this experiment explain the reason for the success of this strange sport called padel.
According to Mr. Padel, there are currently 400,000 players of padel in Italy: 620% more than in 2018. A surge of players connected to the boom of the game structures enhanced by 60% compared to 2018, with more than 2000 fields used in the early months of 2021. As reported by the Corriere dello Sport, padel has become the most popular sports of all other athletic activities grew during 2020 in Italy. Ex-football players like Totti, Cassano, Marchegiani, Di Canio, and many others are often seen in the fields padel. 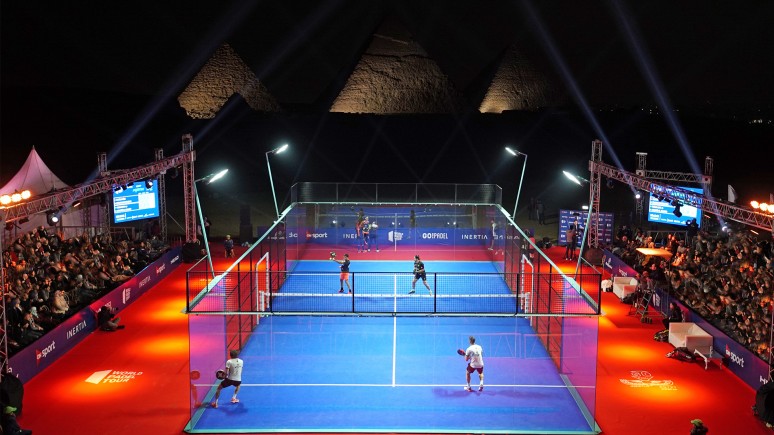 But obviously, we do not only earn the sport itself, even the brand manufacturers. For some brands like Head, Wilson, Babolat, or adidas, the padel has started to register an increase in sales, so much so that according to some data, drew the revenue from tennis. With numbers, so it is logical to think that this is a sport, after the pandemic, it will grow further, to the detriment of tennis or soccer activities, at risk of losing popularity and sales. At this point, the question arises. Because everyone has suddenly started playing padel?
Some of the reasons for them explained Demetrio Albertini Will Ita, focusing on the game’s features. The padel is a sport that is easy to do, doesn’t have to be particularly fit, you don’t need years to refine the technique, and, above all, is fun. And especially this business does not have age limits. For the most part, they are over 40 years old. On the one hand, there is the competition of the points and the challenge. The other is social. You play for the strength to couples in different contexts, such as sports clubs, which, in addition to the sport, offer changing rooms, lounges, and bars. In the latter part of the pre or post-game, they weave connections, close business, shake hands.
A comparison that has emerged recently is the one with football. In the space of a single field from the futsal can be built three fields padel. Economically speaking, a one-hour paddle results in three times the revenue. How do you explain Superpadel, a padel coast game (on average) ten euros per person? For an hour of the game, three tennis padel bring a total of $ 120. A soccer field has spent (on average) six euros per person. Revenue equal to one-half. With an economic, hypothetically, more fruitful flow, many entrepreneurs sports are investing on the tennis padel, whose average growth in the uk, four new units per day.
Prev
Next
Paradoxically, the success of the padel is also increased due to the pandemic. In Italy, in the orange zone, and in the yellow zone, is the only sport you can practice in the company. Different matter if it is in the red area. Is possible only for the members of the Fit.
Share this
Tags:

FROM ARMANI TO GUCCI. THE FASHION HOUSES IN THE FIRST ROW FOR THE VACCINATION ANTI-COVID-19

CARDI B, FROM MUSIC TO HAIRCARE