Roman dolce vita 2.0 takes place in via degli Avignonesi 73. It is not a common disco: it is a way of living nightlife and it’s called Toy Room. Many of you may know it because it has already become one of the trendiest places in Rome. Actually, all over the world. Everything began in London, thanks to a group of friends, with many ideas and very dedicated to them: Luca Maggiora, Corrado Mozzillo, Gennaro Salerno and Jordan Rocca, “smart and Italian”. People call them The Italians. 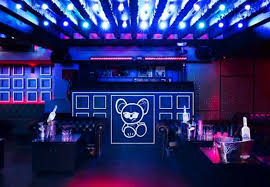 The starting idea is simple: creating in London a hip hop-rock club, funny, fashionable and that can make anybody dance. The club soon became huge. And in just a few years, The Italians opened clubs anywhere: Dubai, Mykonos, Istanbul, Athene, Manchester, Sao Paulo, New Delhi. Today we also have our own Toy Room in Rome and it is all thanks to Giorgio Rajani: friend and colleague of the Italians, very well known in the world of party planning due to his several successes as manager of the coolest clubs in Rome (just think of Raspuntin). 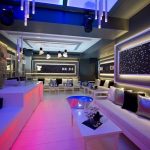 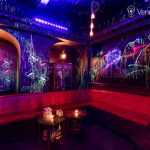 After creating Mykonos’ Toy Room, Rajani convinced the Italians to open a Toy Room in Rome. And Rome is still thanking him. There are several ingredients making this club unique: a lot of fun, many celebrities (such as Fedez, the Dark Polo Gang, Maneskin, Irama, Alessio Romagnoli or Francesco Totti), a wonderful style, thanks to designer Antonio Tadrissi, a super fashionable dress code (mostly athleisure and camouflage trend) and the iconic mascotte, Frank the bear, a stuffed animal (today a brand known worldwide) that walks among the club dancing with you.

On Instagram, a picture with Frank is a must-have: just ask Maradona, Paris Hilton, Rihanna, Leonardo Di Caprio, Bradley Cooper, Justin Bieber… and the names could never end. For the happy few, Toy Room threw a huge party for Giorgio Rajani’s birthday, taking place on Sunday the 24th. We can’t reveal all the details, just some: Rajani has gathered some young Roman entrepreneurs who will make the party unique with their brands (get ready for thousands of crazy gifts). The music, the atmosphere and VIFs (very important friends) invited to the event will do the rest. Special guest: Mattia Briga, who sang with Patty Pravo during the Festival di Sanremo, and who is Rajani’s close friend.

SCAPA: BRITISH STYLE HAS NEVER BEEN SO GLAMOROUS

The Guide For A Perfect Hair Routine