People, the American weekly dedicated to celebrities, this week goes the extra mile. With the second People of the Year Issue of the year, the magazine comes out with four covers. A quartet of celebrities very different from each other, but with a common characteristic. While continuing to do their “job”, each in their own field, they distinguished themselves for their precious contribution to society in a very special year. And so they won this award Selena Gomez, George Clooney,  dr. Anthony Fauci and Regina King. 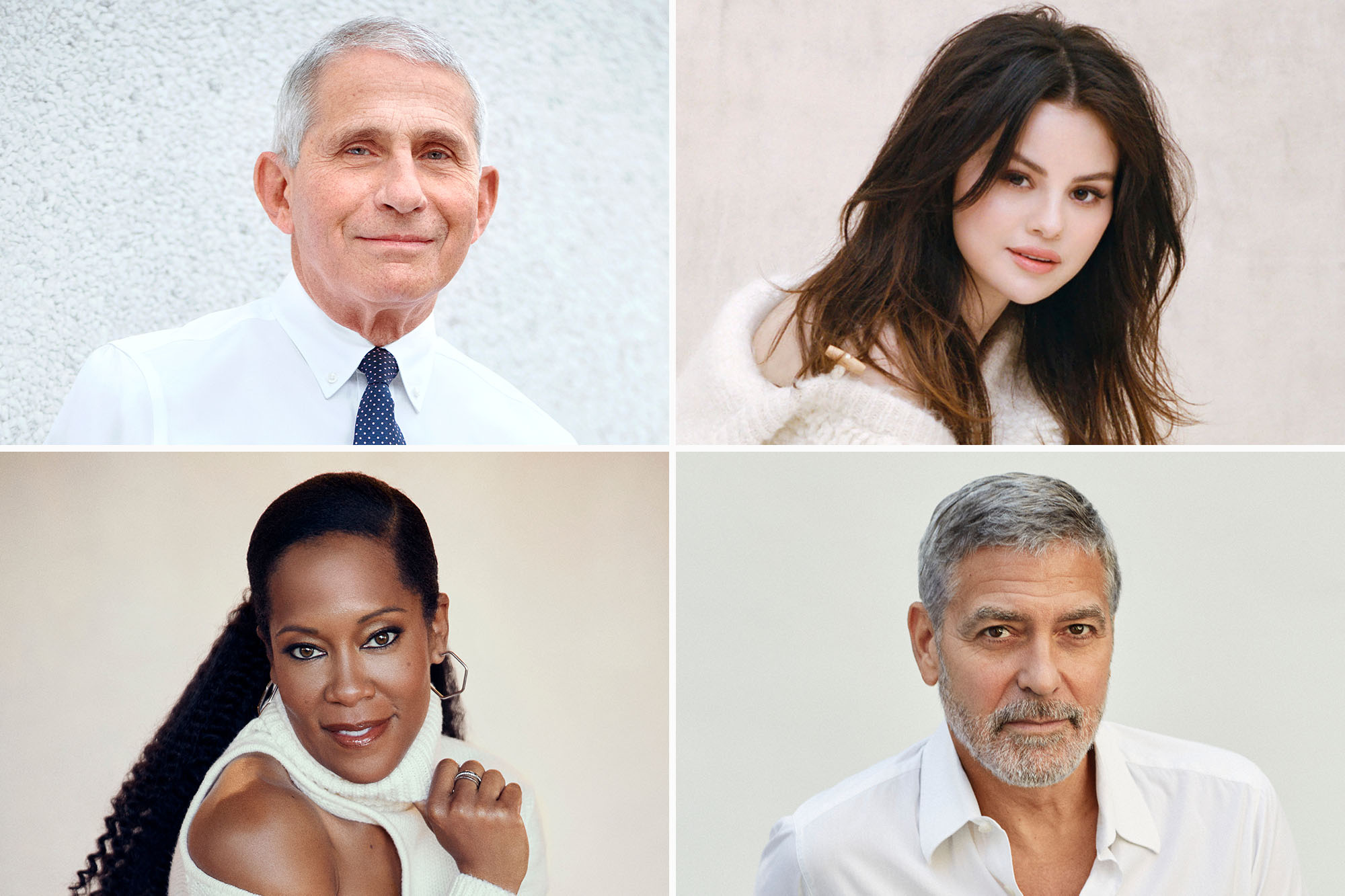 SELENA GOMEZ. The singer came out with a new album, Rare, the same name she later gave to her first inclusive makeup line, Rare Beauty, with a specific goal. Raise $ 100 million over 10 years to help those with mental health problems and no access to treatment. Moreover, thanks to the impressive number of her followers on Instagram, the singer has “lent” her social platform to the protest of black activists. And not only that, even against police brutality in the United States.

GEORGE CLOONEY. An actor known all over the world, he has always been at the forefront in defense of human and civil rights with his Clooney Foundation for Justice. The actor donated $ 500,000 to the Equal Justice Initiative following the police killing of George Floyd in May. He helped COVID-19 relief efforts in Italy, London and Los Angeles and some Lebanese charities in the aftermath of the deadly explosion in Beirut in August with $ 1 million.

ANTONY FAUCI. “Dr. Anthony Fauci stepped forward to become the physician America needed in 2020, providing constant guidance during the pandemic.” The words of People’s chief editor, Dan Wakeford. “Even though he and his family were receiving death threats, he continued to be at the forefront, reassuring us during turbulent times with his devoted public service, unflappable common sense and life-saving leadership.”

REGINA KING. Even for Oscar-winning actress King, the past two years have also been quite eventful. This year she won her fourth Emmy for Watchmen, and in 2019 she won the Oscar for her supporting role in “If Beale Street Could Talk.” Regina has also been exposed in first person to give a voice to the most fragile communities in times of pandemic. She called on Americans to go and vote, and called for an end to injustice and violence by the police.

According to People Michael B. Jordan is the sexiest man of

Jennifer Lopez enters the beauty world. The actress and singer confirmed on