For those who missed the US rapper Travis Scott’s concert on Fortnite tonight at 1a.m., no problem, fix it and attend one until Sunday 26 April. A nice find in this period that we are all at home.
This is one of the novelties of Season 2 Chapter 2 of Fortnite reserved for users of Epic Games: for some days on the island, in fact, the stage where Travis Scott has performed and will perform in a series of concerts open to all users. Surely it is to be expected that all five concert dates will be crowded by the players, after all there is talk of the only concert of one of the most famous singers who can be seen in the world given the current situation.
The partnership between the rapper and the game is not limited only to concerts, but Epic Games has foreseen ad hoc challenges within Fortnite and other surprises to be discovered inside the store. Among the new icons that users can choose from, there is also Travis Scott. Astronomical is the name given to the event and the show that the US rapper is preparing for Fornite and among the songs sung there will also be an unpublished song. 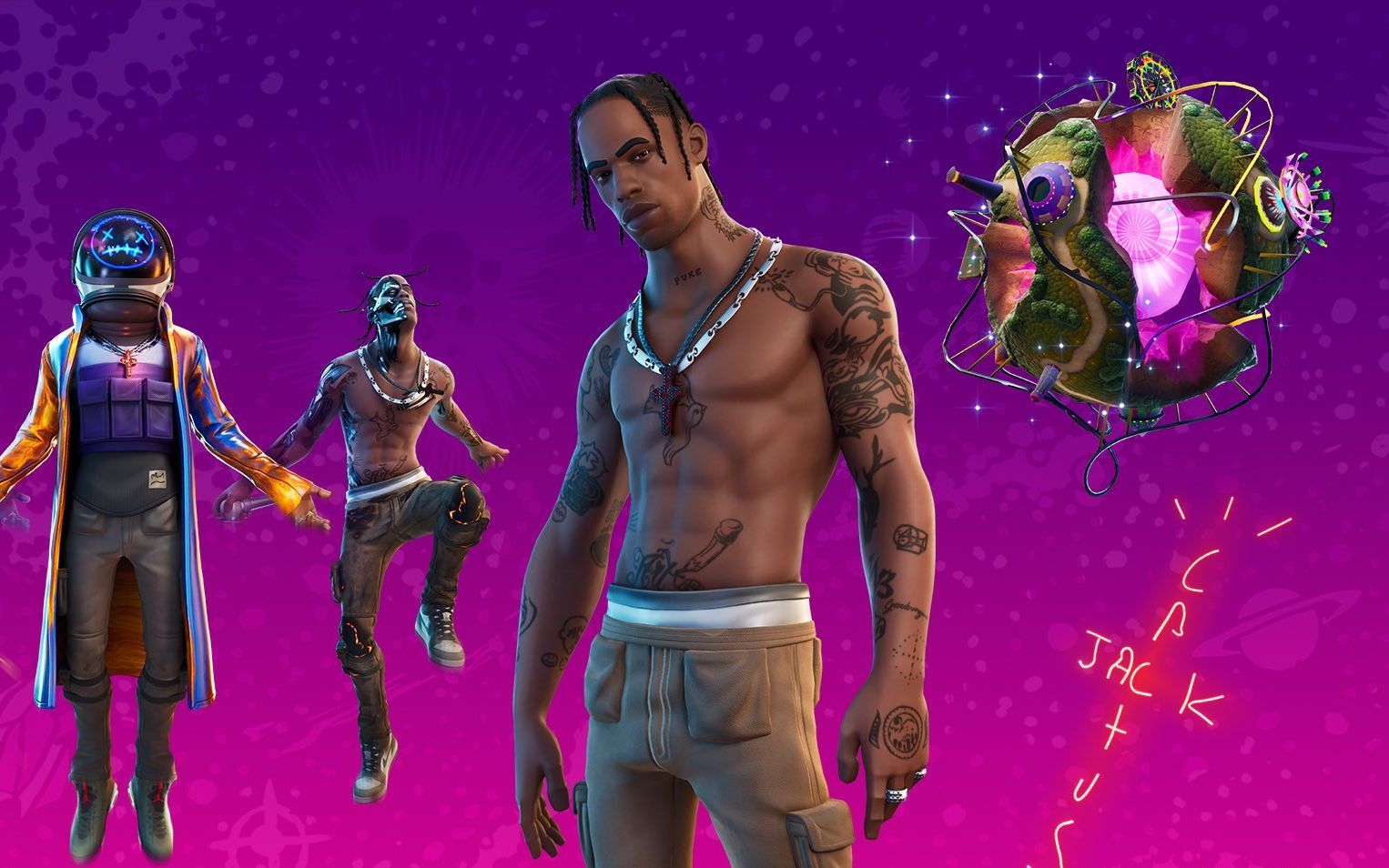 How to participate in the concert for those who have not yet done so? The concert is free and no entrance fee must be paid. It is necessary, however, to meet some requirements: download Fortnite in case you are not yet registered, be sure to have version 12.41 of Fortnite (available from April 21) and get in line in front of the stage to take place when the virtual gates. Travis Scott’s concert and challenges come at a particular time for the game, which is seeing a slight decline and, after the Chapter 2 release of the second season: at the end of 2019, the game’s revenue had dropped by 25% compared the previous year, from $ 2.4 billion in 2018 to $ 1.8 billion.

For those attending the Travis Scott concert there will also be gifts: the Astroworld Cyclone hang glider and two free loading screens. To get the Travis Scott skin, however, you must complete all the Astronimical challenges foreseen for this special event:
-Dance for ten seconds on the Yatck dance floor or at Après-ski.
– Jump over the giant Astro heads.
-Visit the stage north of Sweaty Sands.

THE NEW JEWELS OF THE LOUIS VUITTON HOUSE