Here we are. The golden ticket has been officially detached. Timothée Chalamet shared on social networks the first official photo that sees him in the role of the young Willy Wonka. The apocryphal prequel about the founder of “The Chocolate Factory.” Filming “Wonka”, an original film based on the character created by Roald Dahl, they left a few days ago in London. The release date is set for March 17, 2023.

Top hat, burgundy jacket, and pashmina around the neck. Here is what Chalamet looks like in the photo she spread, accompanied by the message: “The suspense is terrible! I hope it ends!”.

Paul King directs the film, and we see the young Timothée Chalamet flanked by a very high-profile cast. Olivia Colman, Rowan Atkinson, Jim Carter, Sally Hawkins, Paterson Joseph, Keegan Michael Key, and Simon Farnaby. Warner Bros. described him as a “lively, mythical beginning of the imaginative young invented before becoming the renowned and handsome Mozart of chocolate. “Apart from the look of the main character, all the other details on this new story centered on the nature of Willy Wonka are still unknown.

Chalamet, according to what has emerged in recent months, will also be engaged for the first time in a performance that will see him act and dance and sing. Meanwhile, audiences will discover more details about Willy Wonka’s childhood and youth, hitherto only hinted at in films but never explored in detail. 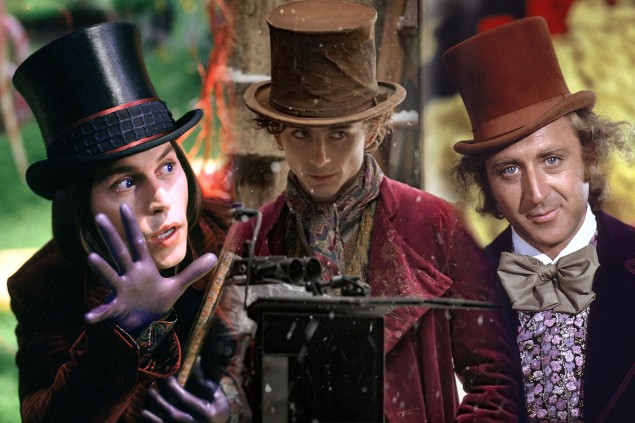 BALENCIAGA AND THE NEW SIMPSON COLLECTION

Thanks to an A-list cast, which includes Gen Z favourites like Timothée