Ireland has given birth to some of the fascinating legends in history, a land of charm and magic. One including that of the Claddagh ring. Symbol of eternal and boundless love, the jewel has become famous worldwide thanks to its particular shape, composed of three characters. Each of which represents the essential values of a relationship. The two hands identify friendship; the central heart is the image of sincere love; the crown is the emblem of loyalty. 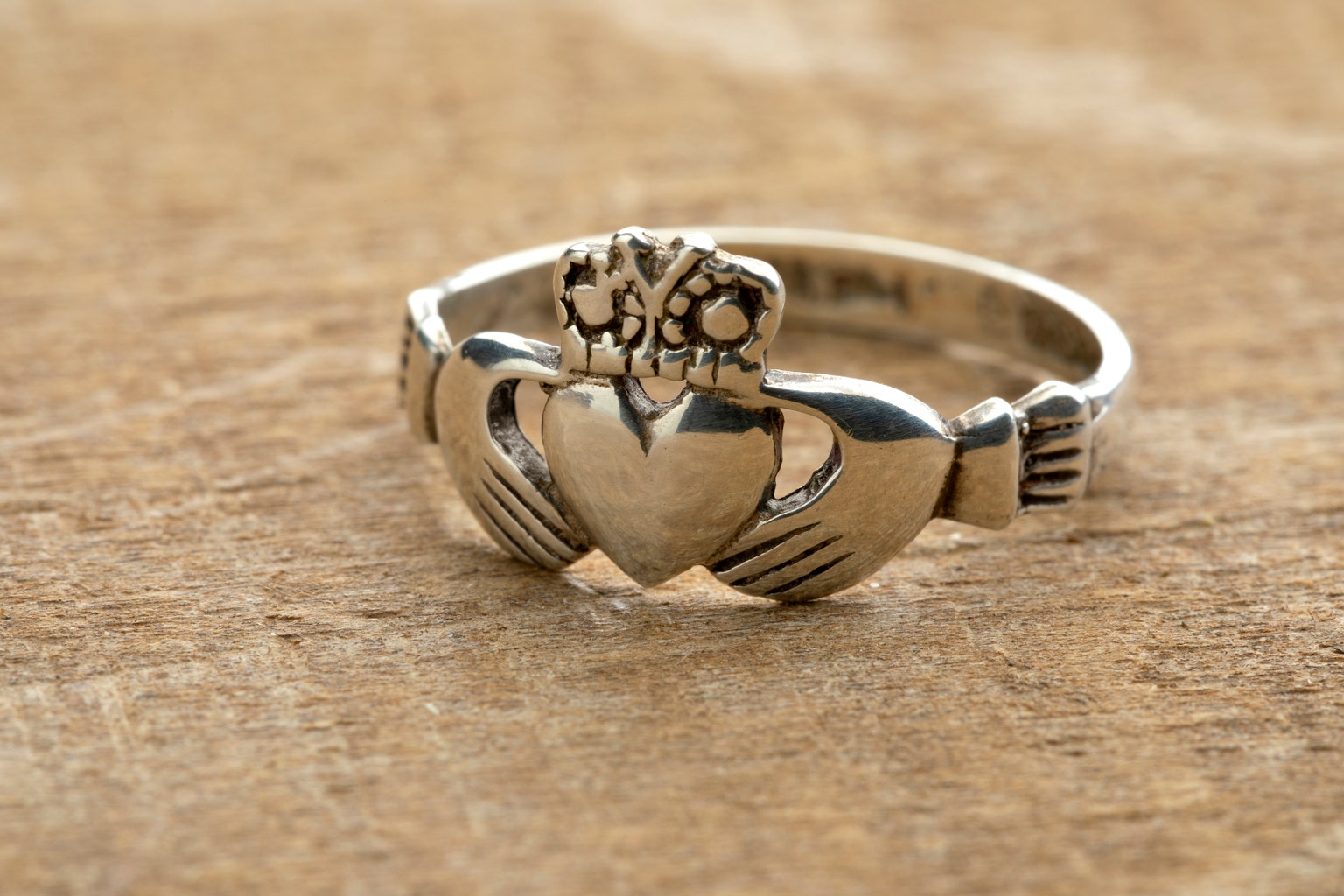 The legend originates in the city of Galway between the 16th and 17th centuries. The birth of the jewel is linked to numerous stories, all starring the local Joyce family. The first version is not characterized by romanticism but tells the story of Margaret Joyce, widow of the city, who, following her second marriage, chooses to donate her huge wealth to charity. The first Claddagh ring was born as a divine gift, a reward for the generosity of the woman who receives it from a flying eagle.

The second version has a male protagonist, Richard Joyce, a young man captured by pirates and then sold as a slave to an Arab goldsmith from whom he learns the trade. Once back home, following the liberation of the English slaves by William III of England, he managed to make a fortune thanks to working precious metals. The Claddagh ring was also born here as a symbol of gratitude and gratitude. It is said that Joyce made the first version to pay homage to the sovereign who had freed him.

Finally, Richard Joyce is also at the center of a third and romantic legend. This says that once freed from slavery and returned to Ireland. He creates the jewel for a local couple. The two boyfriends not only waited faithfully for long years for the distance, but they remained together and happy until the last day.

But how should it be worn? According to an ancient tradition but still in force, the Claddagh is worn differently depending on one’s sentimental situation.

Today, the Claddagh is today the best-selling jewel in the country and is an object of gift among young people to perpetuate the national tradition. Simultaneously, it is an irresistible magnet that attracts the passing patrons of the Emerald Isle. Full of magic and timeless love, the ring is the symbol of unique and special love. The perfect gift to give to those you love on Valentine’s Day.

There are only three weeks left to the most-awaited party

One of the most well-known and discussed anniversaries of Western