Game of Thrones has been for every actor that starred in it a true turning point, as demonstrated by the many homages made by the cast. For example, Emilia Clarke got a tattoo dedicated to her dragons, Sophie Turner, Sansa Stark, Queen of the North, that decided to bring home with her a special prop from the set: Sansa’s throne. 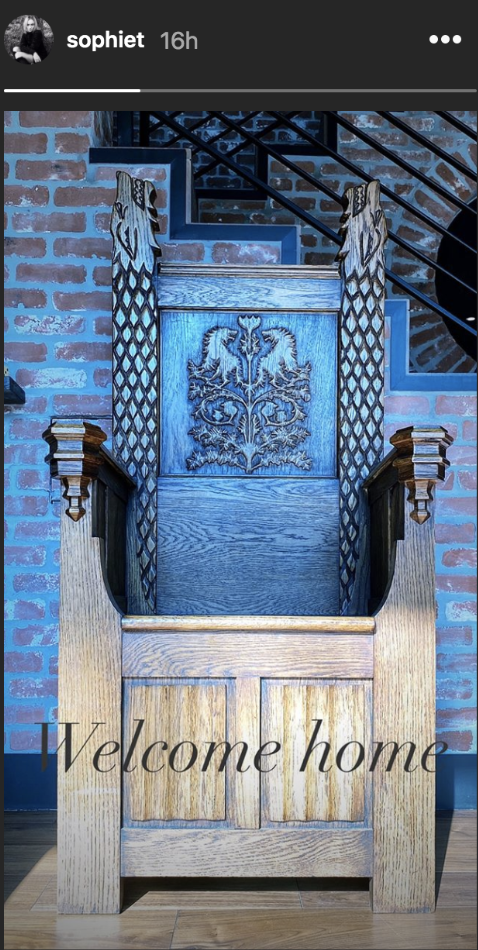 In sculpted wooden, and scenographic, the throne was featured in the last season of Game of Thrones is officially part of Sophie Turner, Joe Jonas and the little Willa’s home. But this is not the first homage that Sophie Turner dedicated to Game of Thrones, she already got a tattoo featuring a wolf and the quote “The pack survives”.

CONFIRMED THE COLLAB BETWEEN MCDONALD’S AND TRAVIS SCOTT

A FABERGÉ EGG FOR GAME OF THRONES

GAME OF THRONES IS COMING BACK

For all the fans of fantasy, Game of Thrones is coming back. Entertainment