Banksy ‘s “Game Changer”, which portrays a child who abandons his superheroes to raise a superheroine nurse with a Wonder Woman mask and cape to the sky, was sold by Chrieste’s for 16.7 million pounds. The nearly twenty million euros, they will go to the fight against Covid in Great Britain. The most famous street artist had created this design to celebrate the National Health Service and had given it to the Southampton hospital.
“Game Changer” made a fine show in a corridor, and many health workers said it had the power to cheer them up. It has now been replaced with a copy to allow the original canvas to be sold at Christie’s auction. When it first appeared in Southampton, ‘Game Changer’ had a note that said: ” Thank you for all you are doing. I hope this makes this place brighter, even if it’s only black and white. “
Prev
Next
The auction house had valued it just 2.5-3.5 million pounds. But the selling price rose rapidly, between online and telephone offers, to the figure of 14.4 million and, finally, 16.7 million. However, for Banksy, one of the most famous artists globally but not the most popular, it is an actual record. Previously, a painting entitled “Devolved Parliament“, in which many chimpanzees were seen as deputies in a parliamentary chamber had been sold for 9.9 million pounds. About 11 million euros in 2019. 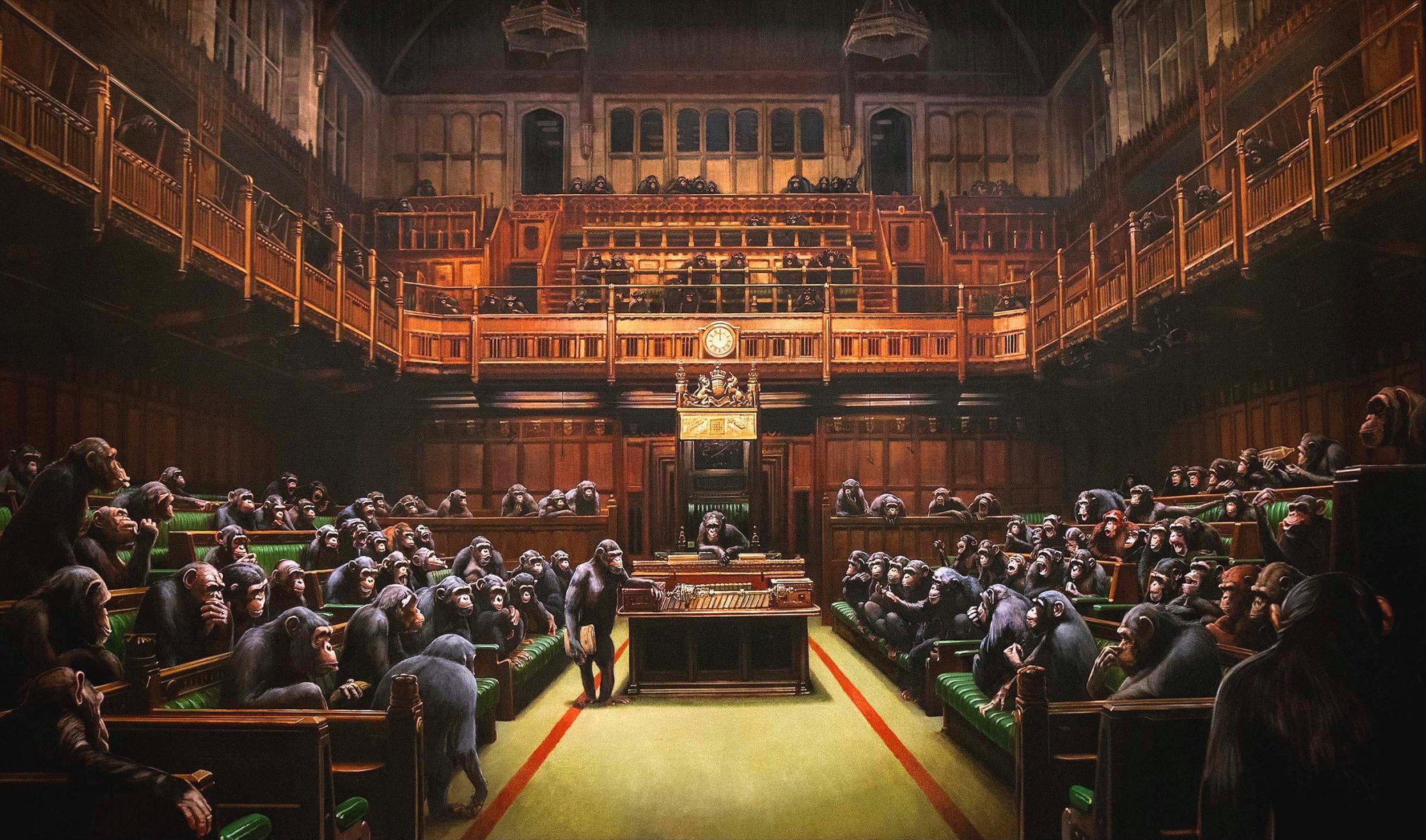 David French, the head of the University Hospital Southampton Trust said: “It was an incredible gift of inestimable value. It has helped us promote and protect the well-being of our staff and recover from the past year. We will decide together with our health professionals to whom to concretely allocate this money, for the benefit of our staff, patients, and the community.”
Share this
Tags:

At Miami Art Basel, one of the most important American exhibitions