At Miami Art Basel, one of the most important American exhibitions dedicated to art, the Charlie Brown signed Banksy was sold for a record amount. More precisely, the mysterious buyer took him away at a figure equal to 4 million $.  Another piece sold at a record price. 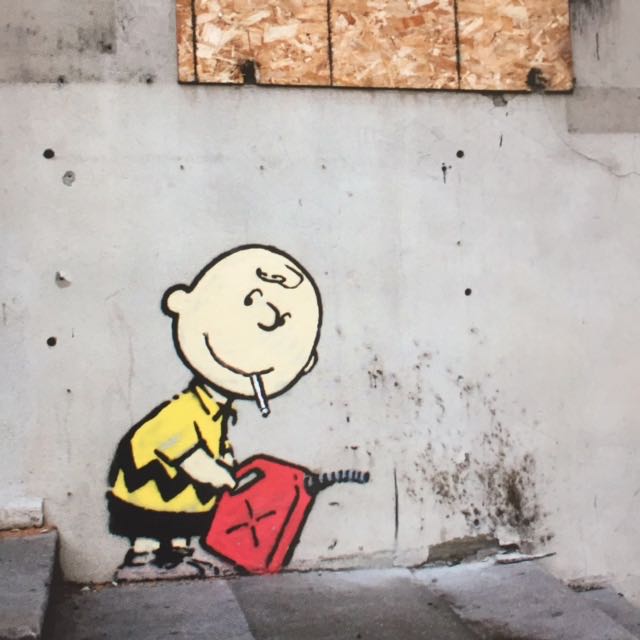 The piece was spray-painted in 2011 by Banksy along a wall in Los Angeles. It depicts the popular Peanuts frontman with a cigarette in his mouth, ready to pour gasoline on the building on which he is depicted.

Charisma, personality, black humor are the characteristics of the street artist. The same ones that have brought him to the public’s attention since, in the 90s, just eighteen years old, he made quick night raids on the streets of Bristol with his crew of writers to make his ideas speak through stencils. And the same that we find in his art, as evidenced by his irreverent Charlie Brown.

Countless hypotheses have been put forward about her true identity over the years:

The mystery seems destined not to melt away and is part of the popularity and desirability that surrounds the artist. Indeed, for now, there is only his date of birth in 1973 and his hometown, Bristol, and the works that denounce distortions, injustices that celebrate true heroes and demonize false myths in every part of the world.

Banksy ‘s “Game Changer”, which portrays a child who abandons