Omen pronomen could be paraphrased the saying in Latin, which explains how to name, or, in this case, a pronoun, is a perfect mirror of the element to which it refers. The news came on May 11, from the Twitter account of Instagram: “Add pronouns to your profile. The new field is available in a few countries, with a plan to extend it to others.” Goal? To stem the phenomenon of misgendering. That is the act of wrongly define the gender of a person without the assessment in advance the sensitivity. The choice of Instagram doesn’t come, however, from anything. The use of pronouns (he/him, she/her, they/ them) in the bio, was and is a widespread practice, especially in English-speaking countries and between the members of Gen Z. it is Also a sign of inclusion and support for the community LGBTQ*. 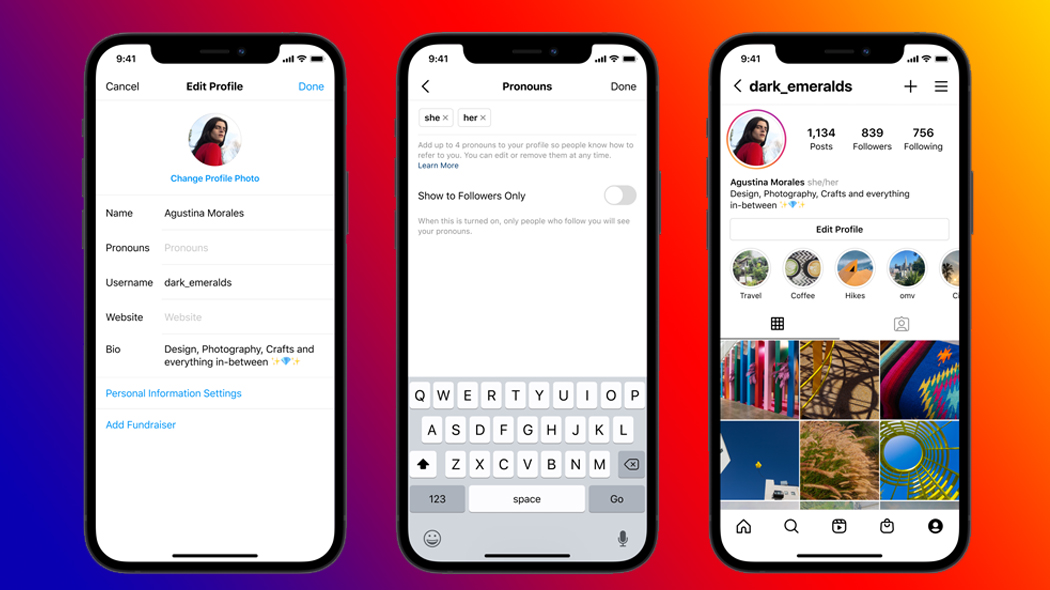 A search of 2019, the University, St. Louis, Missouri, shows how neutral pronouns increase and stimulate a harmonious relationship with the community transgender. Not surprisingly, the philosopher Ludwig Wittgenstein had this to say: “The limits of language are the limits of my world”. The study was conducted on 3000 swedes, the inhabitants of a country in which linguists instilled the gender-neutral in the Sixties.
For these reasons, Instagram has decided to take a step forward, making this phenomenon a programmed function. How to do? By going to the ‘edit profile’ and choose up to four pronouns with which you identify. Also, you can choose to make it visible only to followers or everyone. In this way, the account holders can publicly declare their desire to be connected, avoiding unpleasant short-circuit-proof communication. For now, Instagram states that the function is available only in some countries, including the USA and the UK.
Prev
Next
In addition, the platform in April this year has added new functions, anti-harassment, which protect more users from the accusations of homophobic and transfobic. One of these is the possibility of locking the DM deemed abusive and developing an algorithm that recognizes and then automatically deletes comments/posts that are racist, sexist, or violent. There is, however, one wonders which is the real direction of the ethics of the social. Just think of the fact that the algorithm, according to a study carried out by AlgorithmWatch, is more likely to show users scantily clad women than I do with the males. But at the same time, the social face of the female nipples are practically equal to those of men), is unable to withstand the blow, and automatically delete the post in which they are present.
Share this
Tags:

TRAVIS SCOTT WILL BE HONORED FOR HIS CONTRIBUTION IN THE FASHION

The idea is that of a version of Instagram explicitly