The theme of one of the most anticipated and followed annual fashion events has been officially announced.

The annual Met Gala– which takes place on the first Monday in May and is often described as the “Oscar of fashion” – is known to be the quintessential event in which the world of fashion and that of celebrities merge, gathering at the Metropolitan Museum of Art in New York for the Costume Institute’s spring exhibition. Last year the exhibition was titled Camp: Notes on Fashion and represented an exploration of ‘camp’ in fashion, framed around Susan Sontag’s 1964 essay Notes on Camp.

This year the Metropolitan Museum will hold its costume institute exhibition starting on May 7th but it will be inaugurated with the unmissable Gala on the evening of May 4th.

2020 is an important year for the Metropolitan which in fact will celebrate its 150th anniversary, and could not do so except by celebrating the value of time.

It’s that time! ?️ ? Thrilled to announce the @metcostumeinstitute spring 2020 exhibition, “About Time: Fashion and Duration,” opening ‪May 7 with the #MetGala ‪on May 4. #MetAboutTime will trace fashion from 1870 to today along a disruptive timeline, as part of The Met’s 150th anniversary celebration. ⁣ ⁣⁣⁣ ⁣⁣ Employing philosopher Henri Bergson’s concept of la durée—time that flows, accumulates, and is indivisible—the show will explore how clothes generate temporal associations that conflate the past, present, and future. The concept will also be examined through the writings of Virginia Woolf, who will serve as the “ghost narrator” of the exhibition. ? Learn more at the link in bio.⁣ ⁣⁣⁣ ⁣ This exhibition is made possible by @LouisVuitton. Additional support is provided by @CondeNast. ⁣ ⁣ ? David Bailey (British, born 1938). Surreal, 1980. © David Bailey. #TheMet #CostumeInstitute #Met150

Therefore the theme of this year’s spring exhibition – and also of the Met Gala – will be “About Time: Fashion and Duration”.

Andrew Bolton, curator in charge of the Costume Institute described the concept conceived for this edition as “a review of the history of fashion as fragmented, discontinuous and heterogeneous”.

The focus will be on a century and a half of fashion creations selected from the immense archive of the institute, and presented according to a timeline defined as “disruptive”.

“Fashion is indelibly connected to time. It not only reflects and represents the spirit of the times, but it also changes and develops with the times, serving as an especially sensitive and accurate timepiece. Through a series of chronologies, the exhibition will use the concept of duration to analyse the temporal twists and turns of fashion.” with these words Andrew Bolton tells the meaning of this year’s theme, adding also that he took inspiration from the 1992 film Orlando by Sally Porter, based on the namesake novel by Virginia Woolf and from the philosophical approach of Henri Bergson, which summarizes time in the term “durée” as something that flows, that does not fade in nothingness, but accumulates and is indivisible. 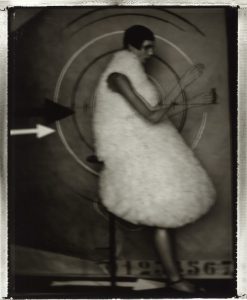 But going back to the part of celebrations, you will be interested to know that the co-chairs of the Met Ball 2020 have also been announced: the artistic director of Louis Vuitton Nicolas Ghesquière, Lin-Manuel Miranda, Emma Stone, Anna Wintour and the splendid new entry Maryl Streep, at her first Met Gala ever!