The “In Persona Tour” of the Italian rapper, Marracash, was supposed to be one of the most awaited live tours of 2020, that in a short amount of time sold out four dates in Milan. Instead, the tour will now start during the Spring of 2021, to respect the social distancing measures ordered by the government. Marracash’s tour was supposed to start on March 28th at the PalaInvent of Jesolo, but now will officially start, still in Jesolo, on the 3rd of April 2021 with the first date. 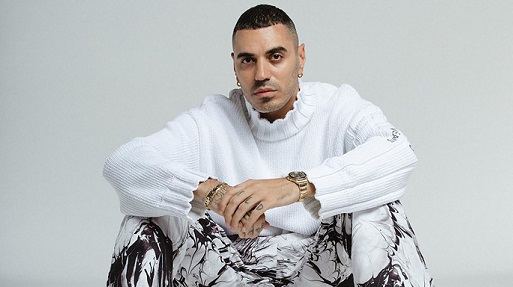 Marracash’s debut in the music scene was in 2005 when he was featured in the mixtape Roccia Music Vol. 1. Marracash is the tile of his first album in 2008 for the label Universal and it’s an instant success: certified gold thanks to its record sales. Followed by King del Rap released in 2010 (Marracash defined himself like this since then). In 2015 the rapper release Status which gains the attention of the public thanks to the cover, where Marracash is almost imprisoned in a gold mask. It’s a metaphor for the finding balance within success and wealth, that sometimes tend to feel like a prison. In 2016 he published his 5th album, Santeria with his friend and colleague Gué Pequeno.

For a few years, he was the testimonial for the videogame, Pokèmon, an offer that he couldn’t decline. Last year, in the show hosted by Daria Bignardi, Marracash talked about his bipolar disorder: “Now saying that you’re bipolar seems trendy. It’s something that at first, my girlfriends used to tell me as well as my friends, then after the release of my third album, King of Rap, I had the confirmation. I lived a moment of extreme euphoria, I couldn’t sleep anymore because I had a lot of energy, then it suddenly stopped. I went to a psychiatrist and a psychologist, and both of them told me that I was affected by this disorder.”

At the moment, Marracash is dating the singer Elodie, and the two of them have a lot of projects stored for the future.

GUCCI IN SUPPORT OF THE PLANET

Elodie tells her story through make-up and, to do so, relies

For the release of his new album, Sfera Ebbasta announce a documentary