2020 had just begun when there was rumor that in the plans of the French brand Louis Vuitton there was the possibility of starting a collaboration with the NBA and just yesterday we had confirmation. Not only will the partnership be made, but the very first images have also been revealed.

The LV x NBA collection bears the name of “Victory Travels in Louis Vuitton”, of which the protagonist is a travel trunk for trophies of which the first images have been revealed, let’s see it in detail. 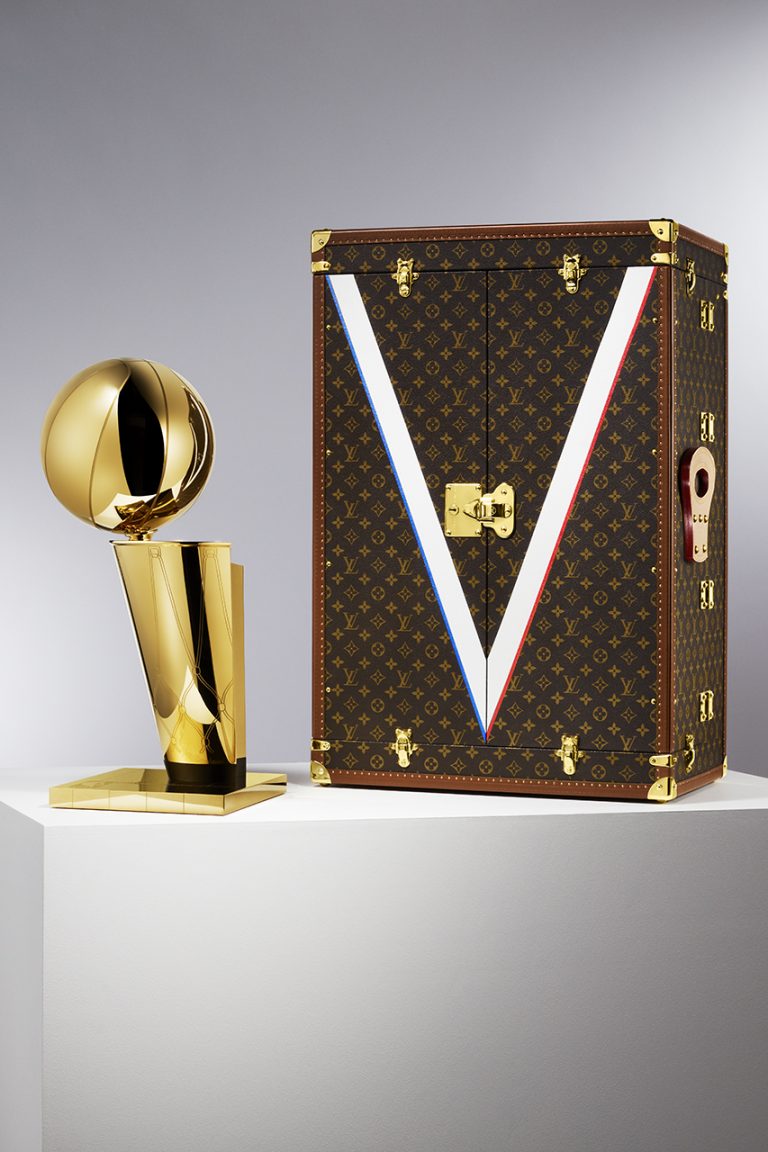 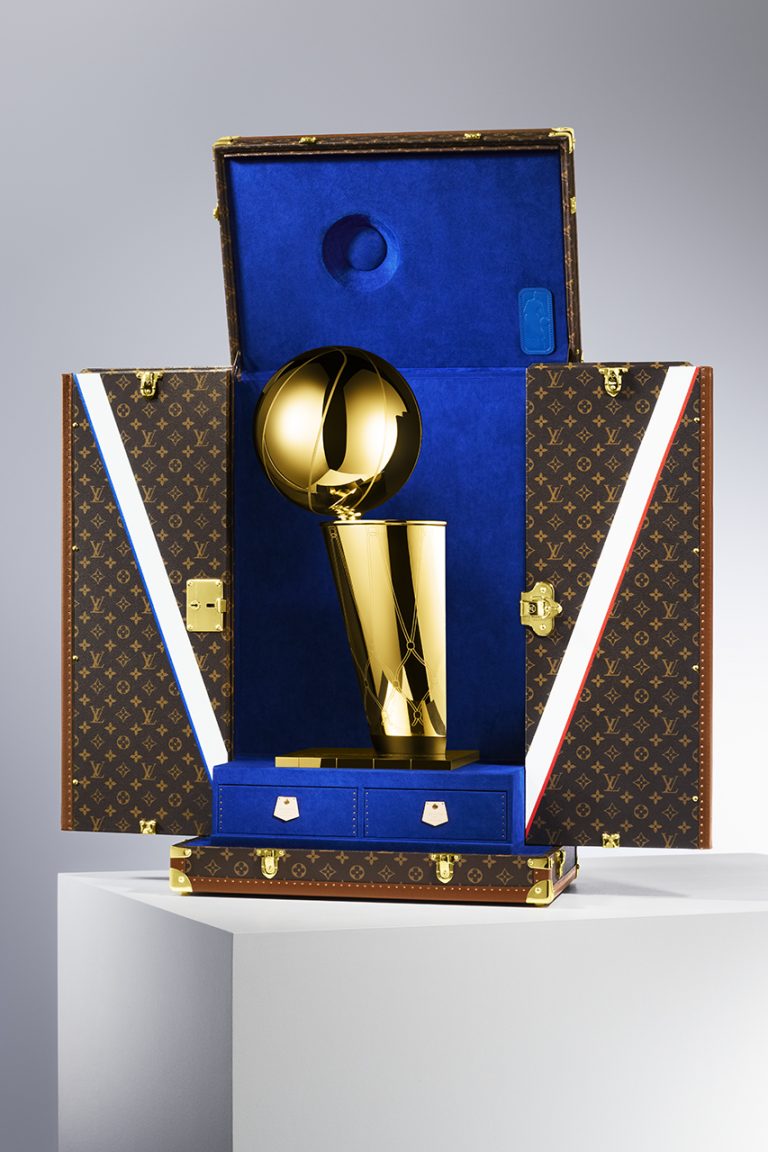 It is a trophy case designed specifically to host the “The Larry O’Brien” trophy, which is awarded to the winner of the NBA finals in June. It was made entirely by hand, is made in Paris and features the print with the all-over LV logo, in the center and superimposed on the doors an oversized V that recalls the colors of the NBA (white, blue and red), while the the interior is a beautiful electric blue that contrasts perfectly with the external appearance of the trunk. The design is completed by traditional brass hardware reminiscent of vintage Louis Vuitton trunks.

It is a multi-year co-lab, which makes the French maison in all respects the first official supplier of travel suitcases for trophies for a professional sports league. Regarding this partnership, Michael Burke, president and CEO of the maison says: “Louis Vuitton has long been associated with the most coveted trophies in the world, and with this iconic partnership the legacy continues: victory really travels with Louis Vuitton”.

The “Victory Travels in Louis Vuitton” collection will be followed by a limited edition clothing and accessories capsule designed by creative director Virgil Abloh. Both the travel case and the capsule collection will be unveiled during an exclusive event at the Louis Vuitton flagship in Paris. The announcement will come before the NBA game in Paris on January 24, where the Charlotte Hornets will play against the Milwaukee Bucks.

ALBERTA FERRETTI BRINGS THE RESORT 2021 TO HER LOVED LAND

DIOR GOES TO PUGLIA. THE CRUISE 2021'S FASHION SHOW WILL BE IN LECCE.