Not a concert, not a show but not even a real movie. Dua Lipa has reinvented the concept of concert film with “Studio 2054“, an event that went live on Friday 27 November around the world. In just over an hour of show, the pop star presented her most important successes within a narrative enriched by continuous changes of sets and costumes and interventions by prestigious guests.

Broadcasted by the LiveNow platform, a new content distribution network, which aims to entertain, engage and educate by offering sports, concerts, fitness, stand-up comedy and much more, the one of  Dua Lipa was yet another attempt to overcome the blockade of live events that has brought the record industry to its knees due to pandemic. 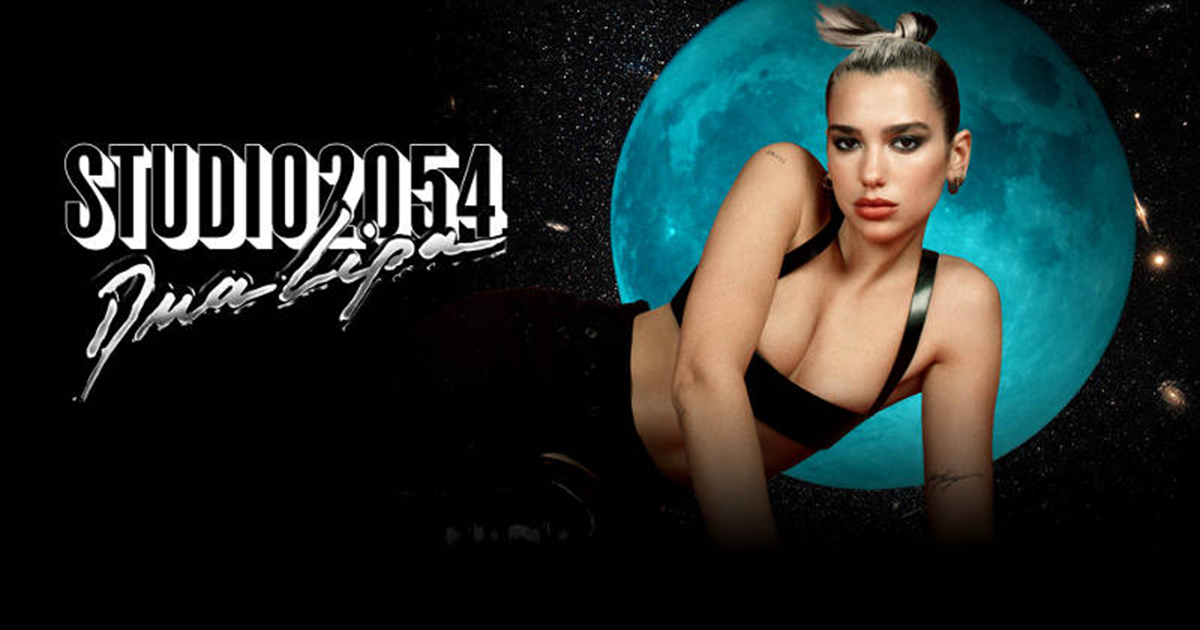 If already a few weeks ago Billie Eilish had shown a different use of streaming from the simple shooting of a live performance by offering a show strongly set on special effects and augmented reality, the one created by the English pop star was a step back in time. In line with her latest work, “Future Nostalgia”, and above all on her remix version, “Club Future Nostalgia”, she offered a “new” reinterpretation of the concert films in vogue in the 1980s. The narration, the shots and the nuanced photography also refer to 80’s productions.

Over 70 minutes of musical experience (plus rehearsal footage, backstage and aftershow with DJ The Blessed Madonna) and many guests such as Kylie Minogue (idol of the singer), Elton John (featured in video for a performance in Rocketman, piano and vocals), FKA Twigs, Miley Cyrus (in new video version of Prisoner), Angele, Bad Bunny, J Balvin, Tainy and Buck Betty. “Being in a very safe space all together with the dancers and the band is the closest thing to a live performance you can have right now,” explained Dua Lipa during rehearsals. “If we can create something extraordinary and fun that is exciting for those at home to see, we will have done our job well.”

Therefore we can say that the singer and her team have achieved their goal.

It is a period of great movement within the fashion

LVMH Italia changes headquarters and gets married via Ripamonti 99.

One thousand six hundred years from the foundation of Venice.

Sfera Ebbasta, with three other productions from more than 70,000

The new Versace campaign will undoubtedly have an echo globally,