The release of the new iPhone 13 is scheduled for September. According to rumors iPhone 13 Pro and iPhone 13 Pro Max will have three storage options: 128 GB, 512 GB and 1 TB. It is said that the 256 GB model of earlier versions has been removed for this launch. 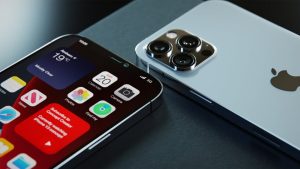 The innovative expansion of the storage space to 1 TB could lead to an increase in the price, proposed for retail sale between $2,055 and $2,179 USD. The reported price is 56% more expensive than the most expensive iPhone model available: the iPhone 12 Pro Max for $1,399 USD with a capacity of 512 GB.

Apple has not yet announced official price and details, but it is assumed that it may be the most expensive iPhone ever.
In a note to investors, Apple’s business analyst, Ming-Chi Kuo, said that the new iPhone will be the company’s first smartphone with satellite connection. According to Kuo, the next model will be able to connect directly to satellites in low Earth orbit (LEO) thanks to a custom Qualcomm chip.
Rumors about the new iPhone had already come out in February 2021