On Sunday the 16th, the unstoppable Dean and Dean Caten presented the spring-summer 2020 collection on the catwalks of the Milano Fashion week.

Like most of the other brands, they are also joyned the revolution of traditional fashion shows, presenting men and women collection alla together during the fashion week dedicated to manswear. 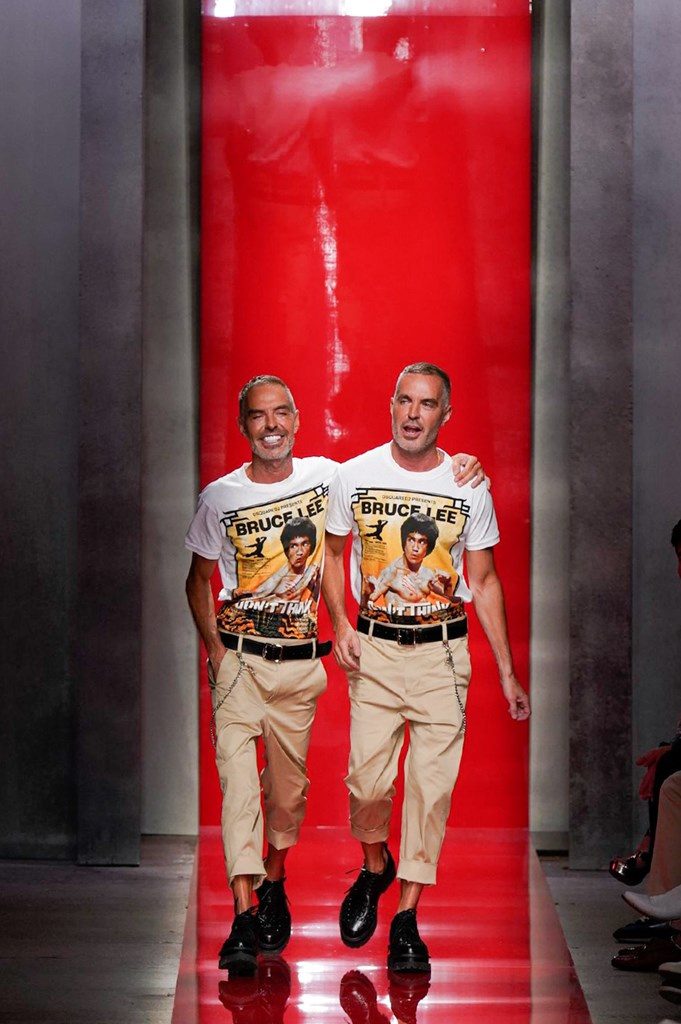 For this season, Dsquared take inspiration from the oriental world, especially from China and kung fu action movies of the 70’s: opulent satin fabrics, embroidery and print with flowers and other symbolic figure of chinese culture such as the tiger and male and female clothing that suggests kimono structure and style. Twins Caten’s works could be considered then, an impressive meeting point between the latest streewear reality and the oriental costume’s heritage, not to mention the slight pop tone given by the t-shirts with Bruce Lee printed image. 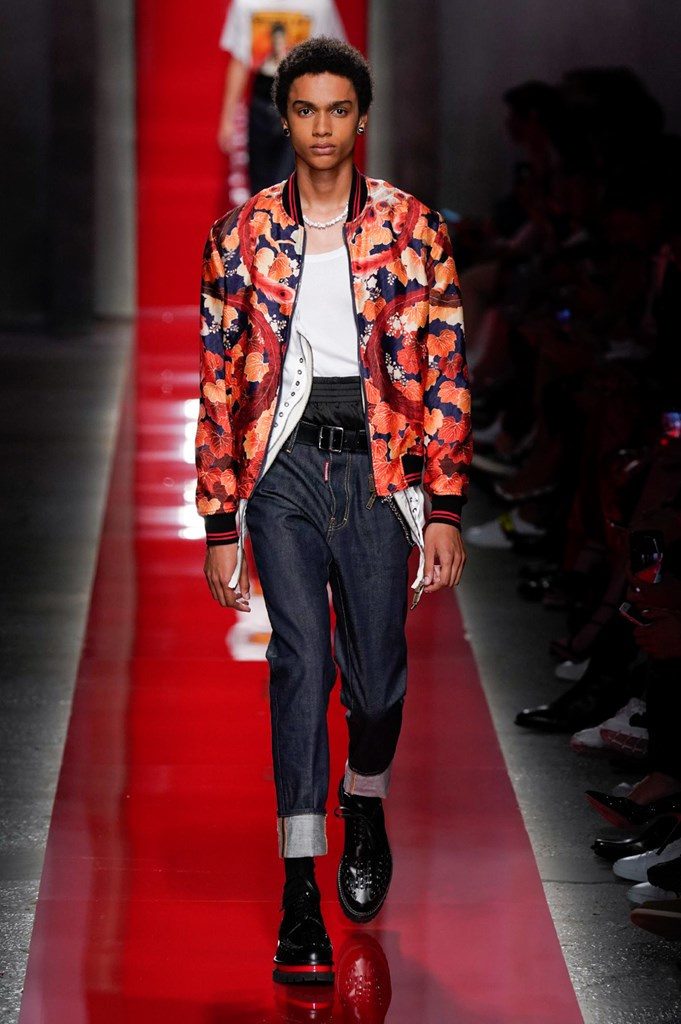 These theme, together with other little references put into the collection, reflects perfectly Dsquared’s bold and provocative style.

In fact, the two canadian designers claimed to be in love with orientalism and China, in particular, “because it’s sexy! And there’s something reach about it.” 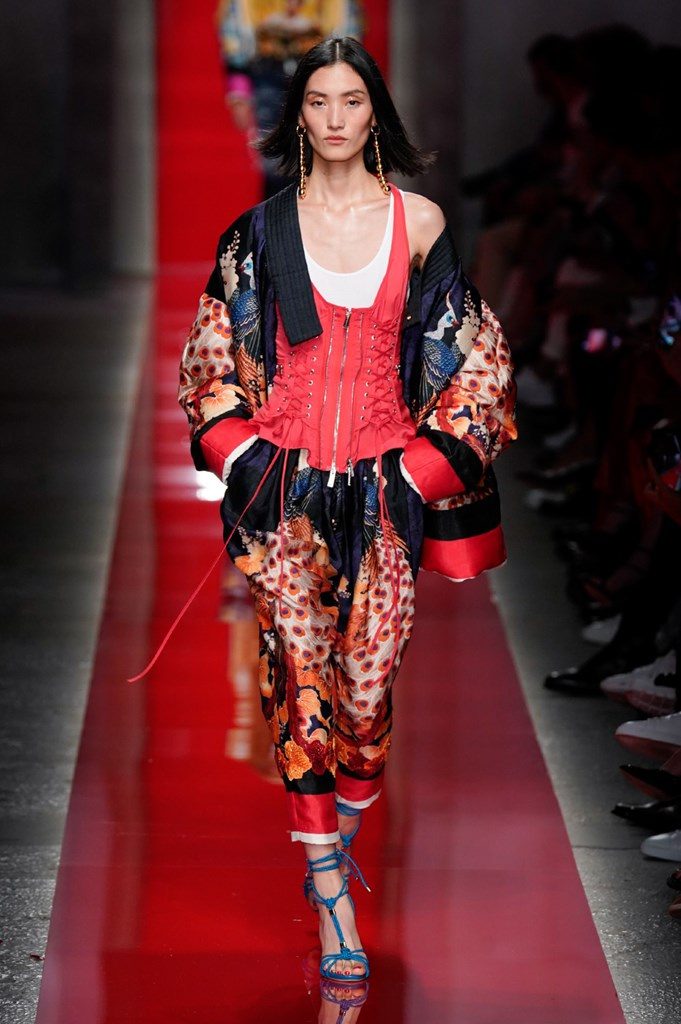 Also the exclusive after-party was a tribute to oriental culture.  Red lanterns, colorful neon lights and asian fingerfood made up the right atmosphere in order to suggest the typical chinese metropoly, animated by drinks and DJset.

Various international guests, like Maluma, Chase Crawford, Saha Luss, Katherine Mc Namara e luke Baines, showed up at this event ( fashion show and after-party). Of course, a lot of web celebrities, bloggers and influencers were present too and, among them, there was also Maria Vittoria Cusumano.

The main color of the night was out of doubt the red. That’s why #RED2 was the official hashtag of the event. Well kown for its symbolic value in asian culture and for its undeniable visual impact in fashion communication, this color characterized the mood and the location of this last Dsquared2’s event.

SICILIANITY AT THE TABLE WITH I MORI

IN MILAN THE CATWALK IS BACK

One year after the onset of the pandemic, Milan is