“Of all the songs I’ve written, this is one of my favorite songs.” With these words, Billie Eilish launched her latest video of Your Power, the new excerpt from the Happier Than Ever album released on July 30. The video is directed by Eilish, produced entirely by her brother FINNEAS and shot in Simi Valley, California.
The melody itself is dark, vulnerable, and metaphorical. All rolled into one. The track features an essential instrumental of raw acoustic guitar and is coupled with a weak synth towards the second half. The song’s name is the symbol of all men who abuse their power in the music industry, especially younger women.
The captivating music video begins with an aerial view of a mountain rage in Simi Valley, California. It gradually zooms in on Eilish and her new blonde hair, where she is spotted dressed in earthy tones and overlapping lace-up boots. But around 1:24, something unexpected happens. A 36-pound real anaconda begins to slide onto his knees. As the song progresses, the giant creature begins to wrap itself around her body until she finally “silences” her voice. A cinematic visual that perfectly encapsulates the theme of the song. 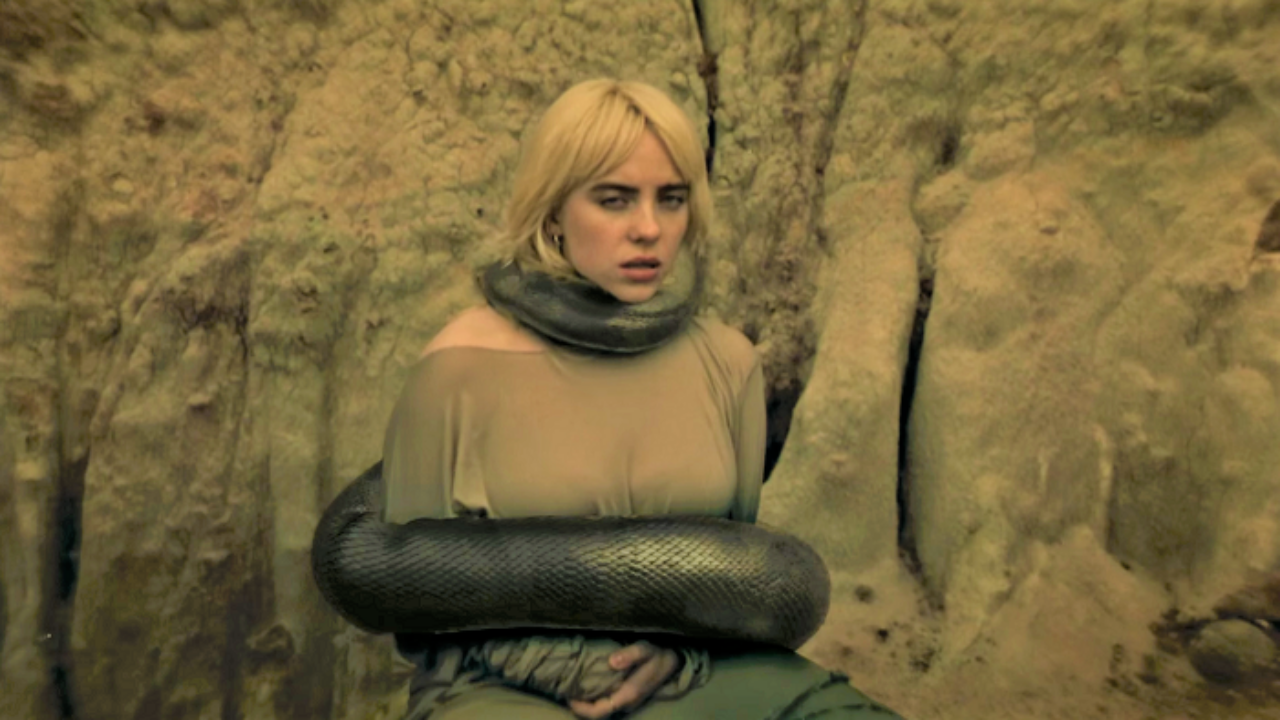 When the song came out, the 19-year-old singer posted a post on Instagram, writing: «I feel vulnerable to publish this song because it is very dear to me. It has to do with various situations that we have all witnessed or experienced firsthand. I hope it can inspire a change. Try not to abuse your power ».
However, this isn’t the first time Billie has used her music to highlight society’s problems. In November, the Therefore I am video, shot entirely in a deserted mall, the Glendale Galleria Shopping Mall, showed the singer running and eating whatever she wanted. A clear response from the pop star to the various criticisms he received about his body a few months ago from his haters on social media.
For their music, Billie Eilish and her brother Finneas (23) received six gold gramophones at the 2020 Grammy Awards. Not only was she the only 18-year-old in the competition. but she was the first woman in history to win all four major awards: best new artist, best record of the year, song of the year and album of the year. While in December 2020, Spotify crowned the singer as the most streamed artist of 2020.
Share this
Tags:

Billie Eilish collaborates once again with Nike and, in particular,

“Warm, sweet, and makes you feel at home wherever you