When the dress went up for auction in 2013, Kerry Taylor described it as «probably one of the most decorated and romantic of all Princess Diana’s dresses».  It would therefore not be surprising if this was the reason why he was chosen for the poster of the long-awaited Spencer. The film of director Pablo Larraìn in competition at the Venice Film Festival and presented tomorrow 3 September. The image is dramatic. Kirsten Stewart as Diana entrusts her pain and despair to an ivory cloud of tulle and taffeta with golden leaves and flowers and shimmering applications. 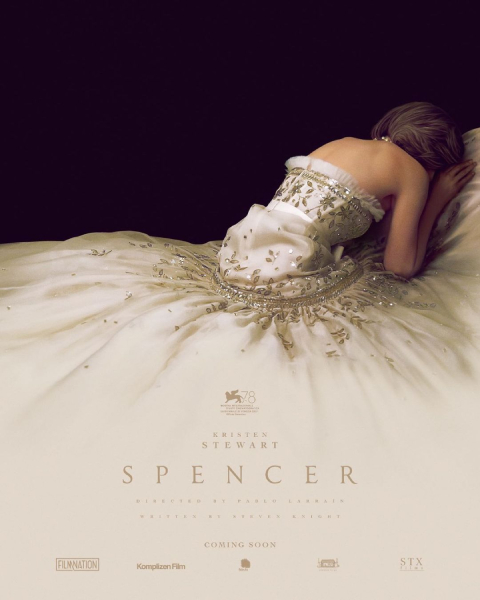 But what is hidden behind the dress that bears the signature of Chanel? The house has decided to reveal it through some very evocative images. The dress is the reproduction of a look from the Haute Couture Spring Summer 1988 collection of the brand. A total of 1034 hours of work were needed to see it realized. Of these only 700 hours for embroidery. The company also required five full-time seamstresses.

It is an evening dress in beige organza embellished with golden sequins and silvery round, oval or leaf-shaped that form floral branches. This strapless dress has a straight neckline finished with a delicate pleated tulle flounce. Finally a satin belt with bow is applied on the front. The skirt, fitted on the sides and longer on the back, is characterized by multiple tulle flounces mounted on a petticoat organza. It is decorated with Lesage embroidery and Lognon pleats.

The movie’s trailer showed the Chanel dress also in motion, revealing its magic in one of the most dramatic scenes of the film. All of Spencer’s happenings take place in Sandringham, within the time span of a single weekend, during the Christmas holidays of 1991. This is where Princess Diana decided to end her marriage to Prince Charles.

Diana’s story, Princess of Wales (also told in the last

WHAT IF MARILYN MONROE GOT BOTOX?