“There are times when paths part ways because of the different perspectives each one of us may have. Today an extraordinary journey ends for me, lasting more than twenty years, within a company to which I have tirelessly dedicated all my love and creative passion. During this long period Gucci has been my home, my adopted family. To this extended family, to all the individuals, who have looked after and supported it, I send my most sincere thanks, my biggest and most heartfelt embrace. Together with them I have wished, dreamed, imagined. Without them, none of what I have built would have been possible. To them goes my most sincerest wish: may you continue to cultivate your dreams, the subtle and intangible matter that makes life worth living. May you continue to nourish yourselves with poetic and inclusive imagery, remaining faithful to your values. May you always live by your passions, propelled by the wind of freedom”

With these words, delicately authentic even if virtual, Alessandro Michele has decided to make public the news of his goodbye to the creative direction of Gucci, in parallel with a press release published by the Kering group to formalize the intention of a change of course and the end of a great chapter for the label.

As a matter of fact, with the decision to terminate his relationship with the historic Maison, the now former creative director marked the closing and reopening of important chapters not only for the company itself, but for the entire history of modern and contemporary fashion too. 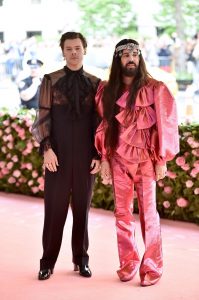 Alessandro Michele’s vision and creative work have revolutionized and brought the Gucci universe to the top in the last 7 (almost 8) years with genius and avant-garde. That is why the news of the designer’s farewell to the brand has created a shock, to not say concern, in just a few hours, bouncing from one publication to another and then multiplying in infinitesimal quantities with posts and social contents, confirming what until a few hours before had been considered only rumors.

Various sources, more or less reliable, have reported that the designer was asked to initiate a major change in his creative process to transform the brand image again and arouse renewed interest. It therefore seems that the designer has failed to come to terms with this request and for this reason both parties have come to the conclusion of breaking off the working relations. 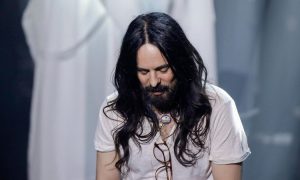 The great unknown at the moment obviously concerns his potential “successor” within Gucci and the possible next career direction for Alessandro, whose contribution to the fashion scene is absolutely not to be considered already at its end.

Balmain X Stranger Things is the limited-edition collection that we cannot do without.