If we thought for one second that with the decline of streetwear Supreme would have lost their appeal, we were wrong. Now more than ever the brand reached such high popularity as shown by the constant sold out and the prices on the resell market. Not even two months ago a Box Logo Tee designed by Virgil Abloh was sold for 10.000 dollars, another t-shirt was recently sold for a record price. Recently Max Miller put up for auction on hyp_ a one of a kind Tie-Dye Box Logo Tee produced between 2006 and 2008 exclusively for a friend of James Jebbia. 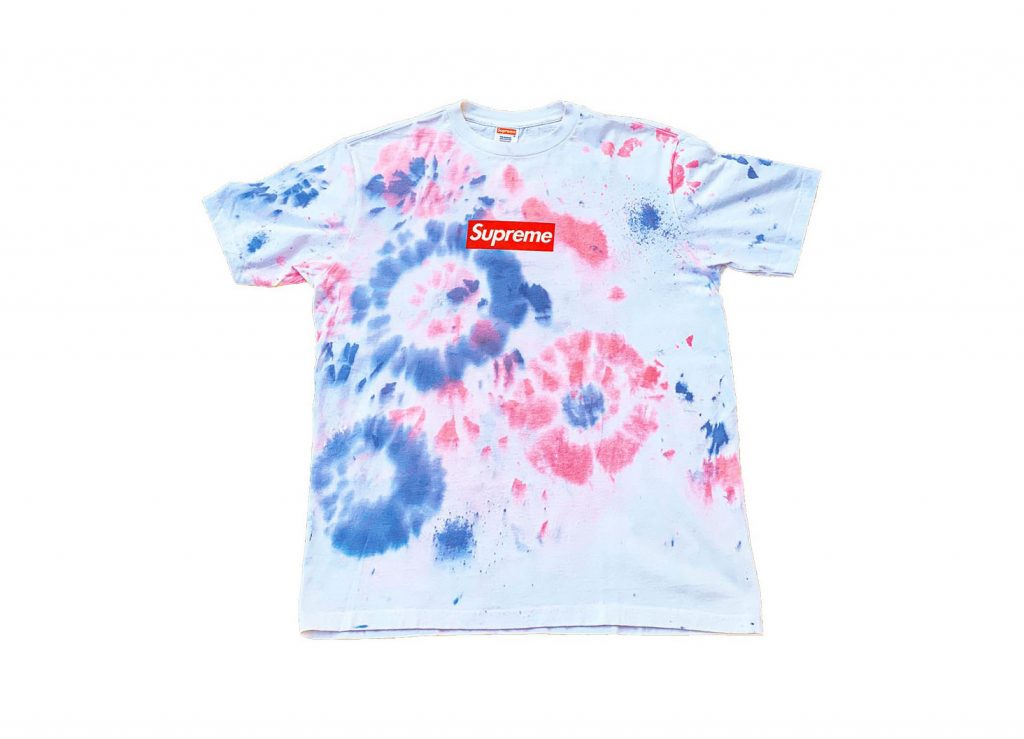 The new owner of this special Supreme t-shirt is a collector under the name supgrails, that got it after a long bid that was even joined by the rapper Lil Keed for 52.000 dollars, a new record.