Halloween is coming and the fashion house Moschino has not been long in coming to propose its special collection for this holiday. Starting from hats to bags and accessories, everything was designed to be impeccable for the evening of October 31st.
Founded in 1983 by Franco Moschino in Milan, the maison has always made itself known for its eccentric and bizarre style, cool and provocative at the same time. 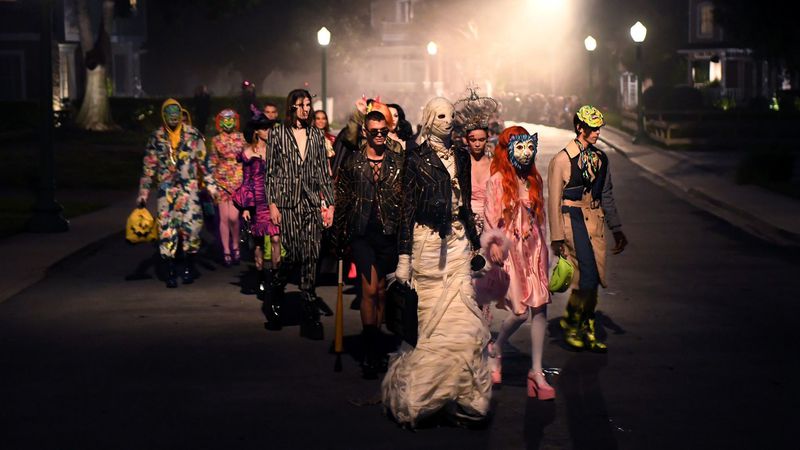 We had had a first anticipation already in June when the designer of the fashion house Jeremy Schott had flown to Hollywood in Universal Studios transforming them for the occasion into a real movie set of a horror film. The models / actors present were dressed as zombies, corpse brides, witches, vampires. Blood-red PVC trench coats and trousers, spider-web dresses, men’s and women’s suits in total white with bandages to reproduce the mummy effect and many ghostly accessories including jewelery and bags could not miss.
Based on the “monsters“, Moschino’s collection mentions classic horror films such as The Shining, Us up to Scream.
Jeremy Scott’s is a creepy collection that could easily be seen in some Hollywood horror movie. 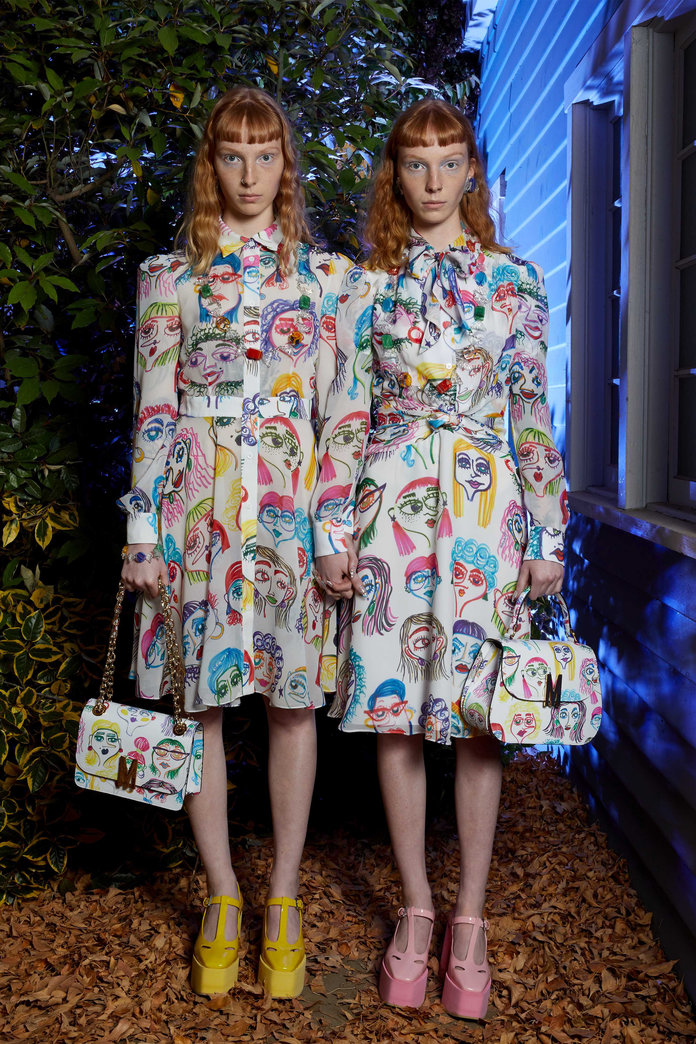 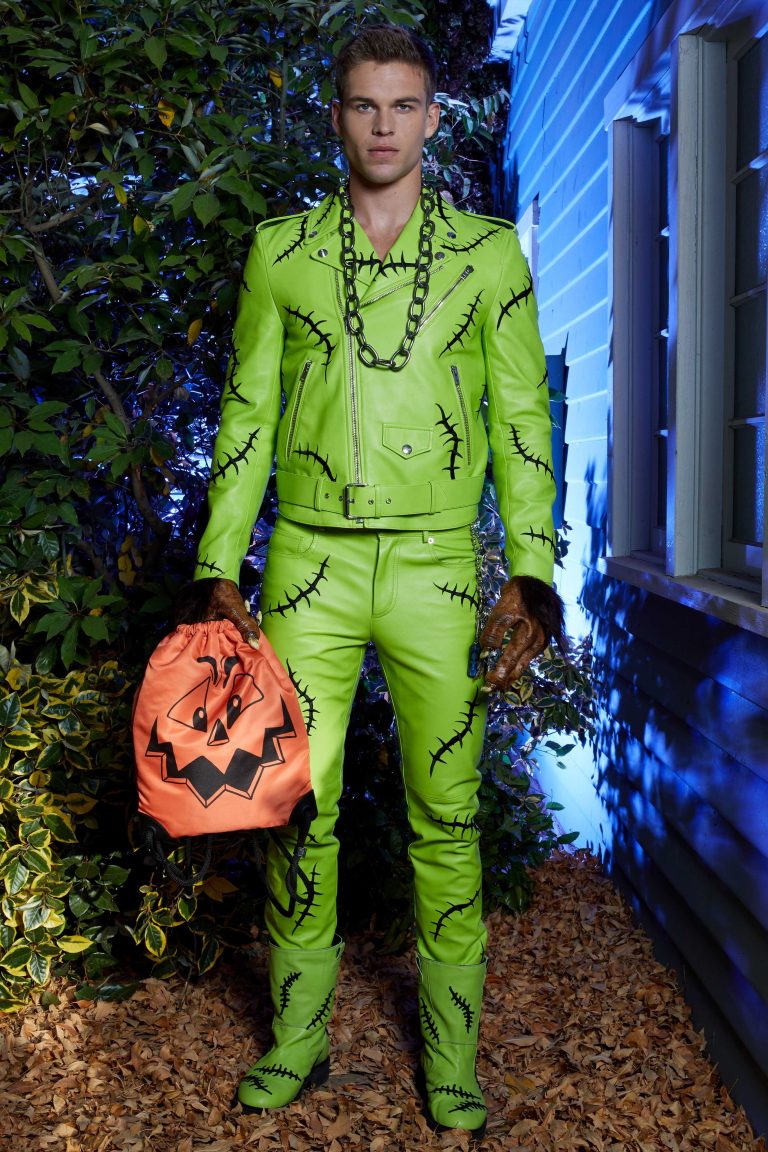 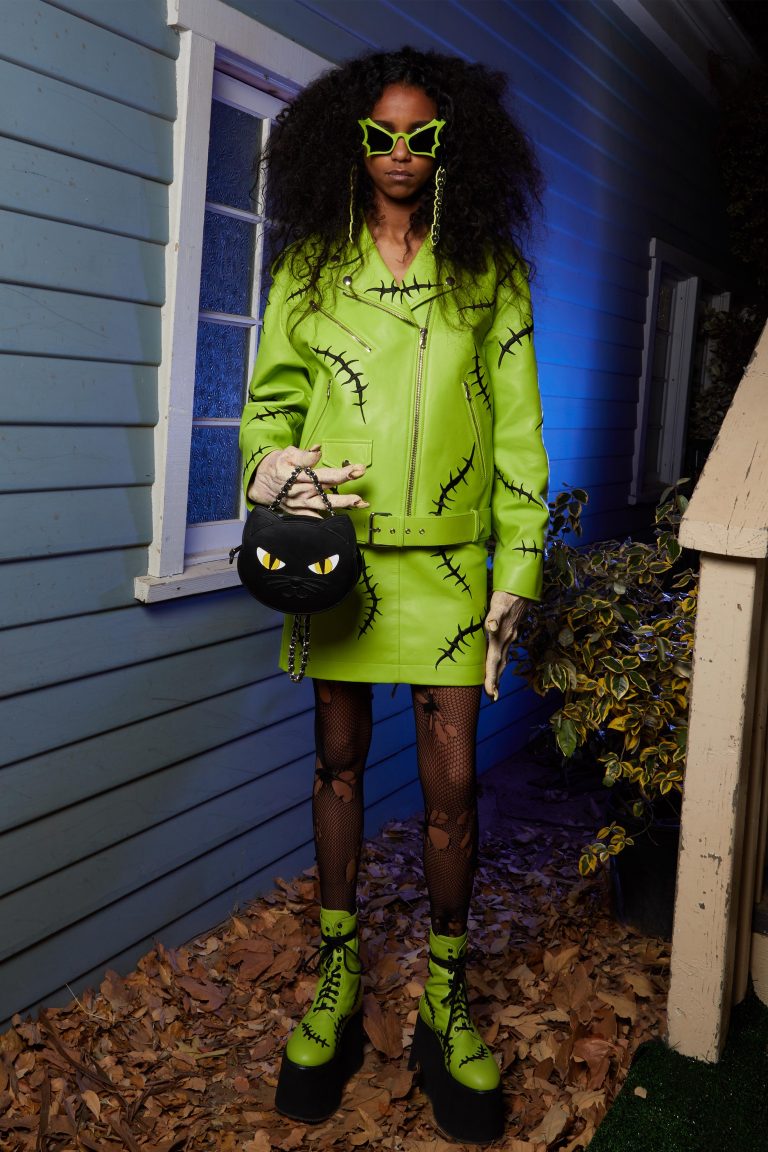 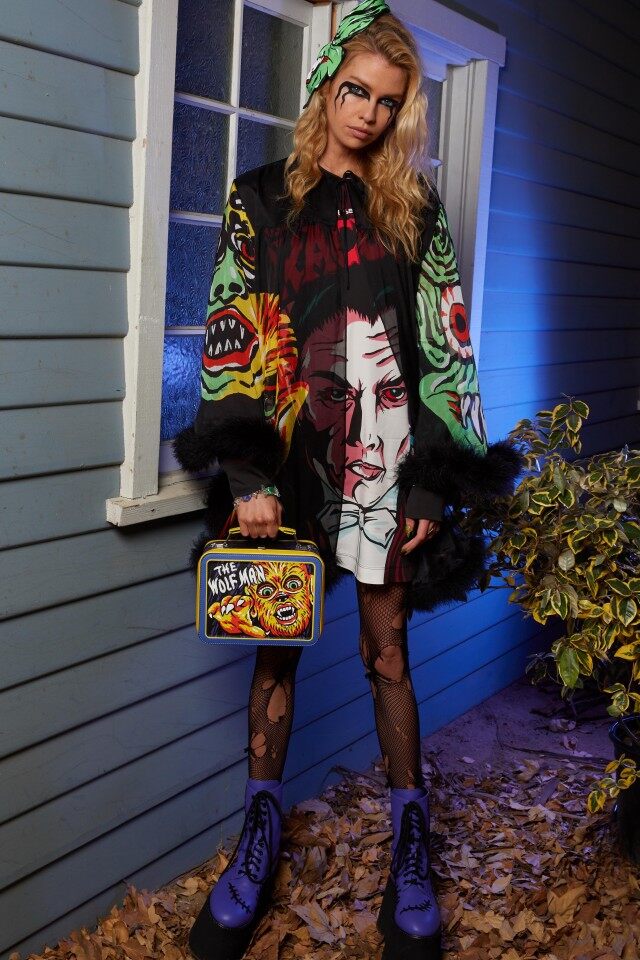 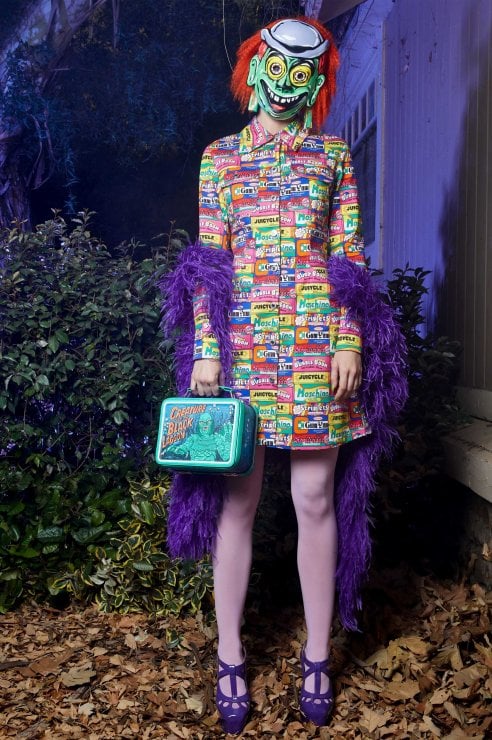 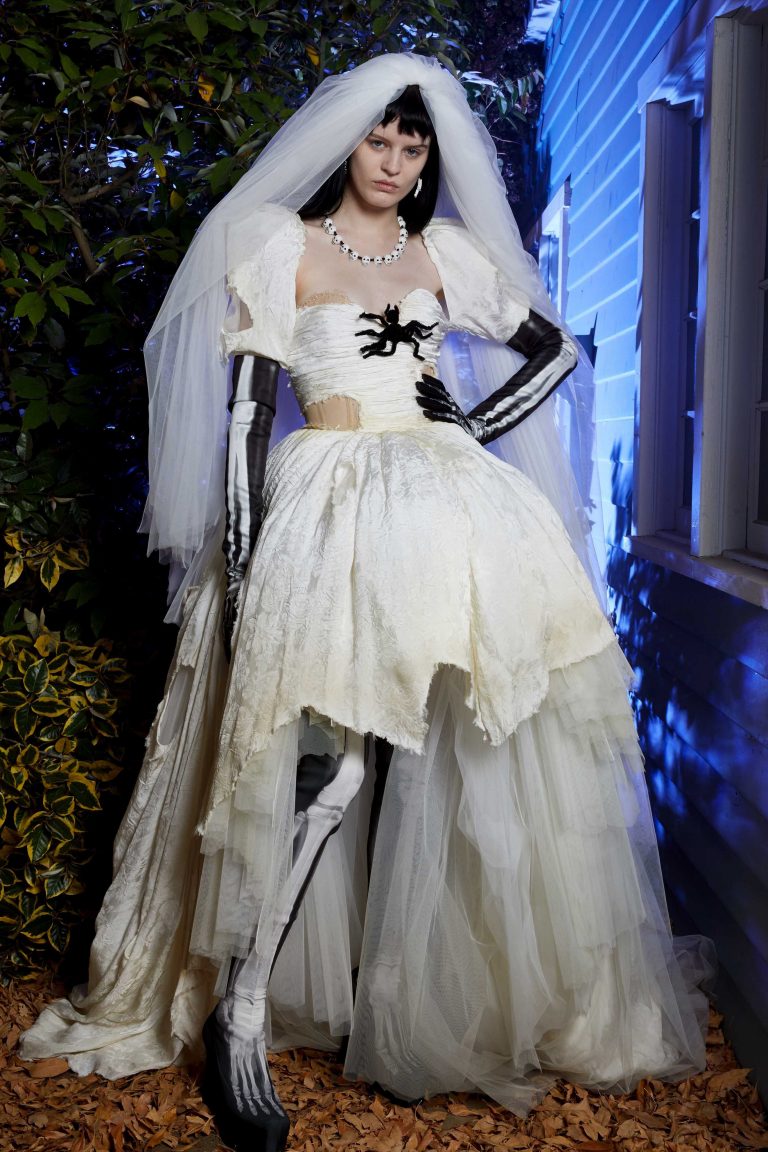 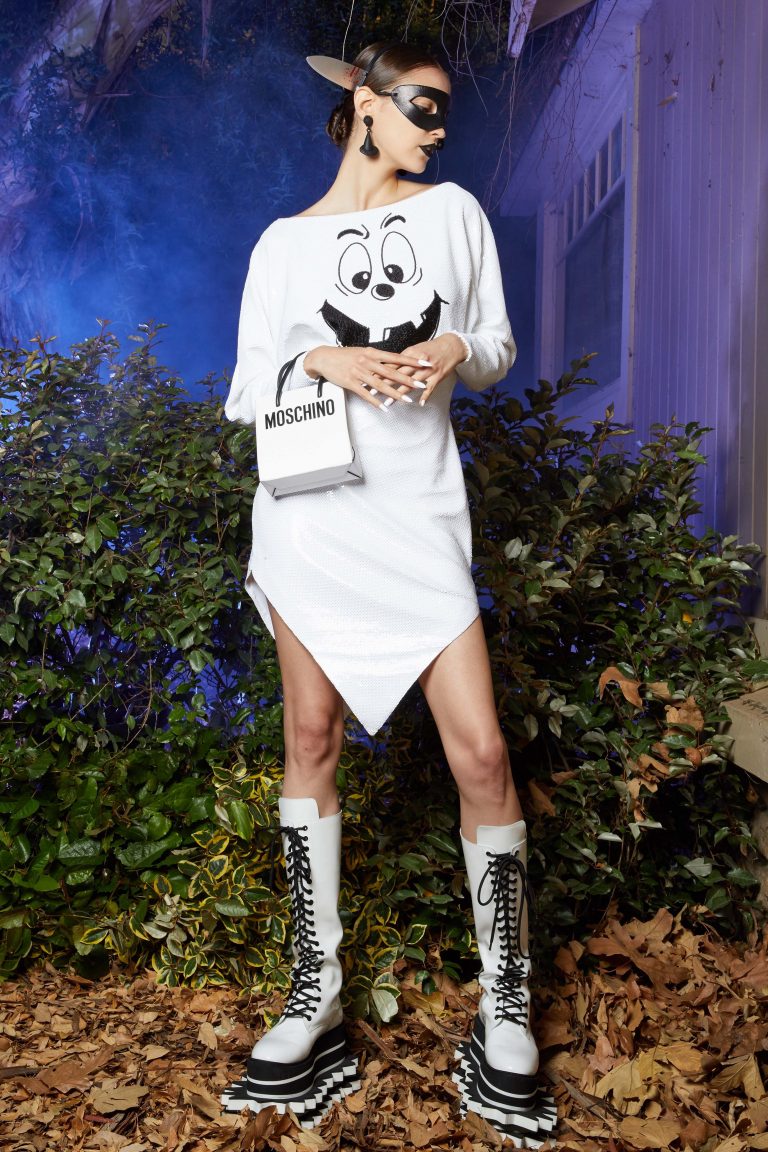 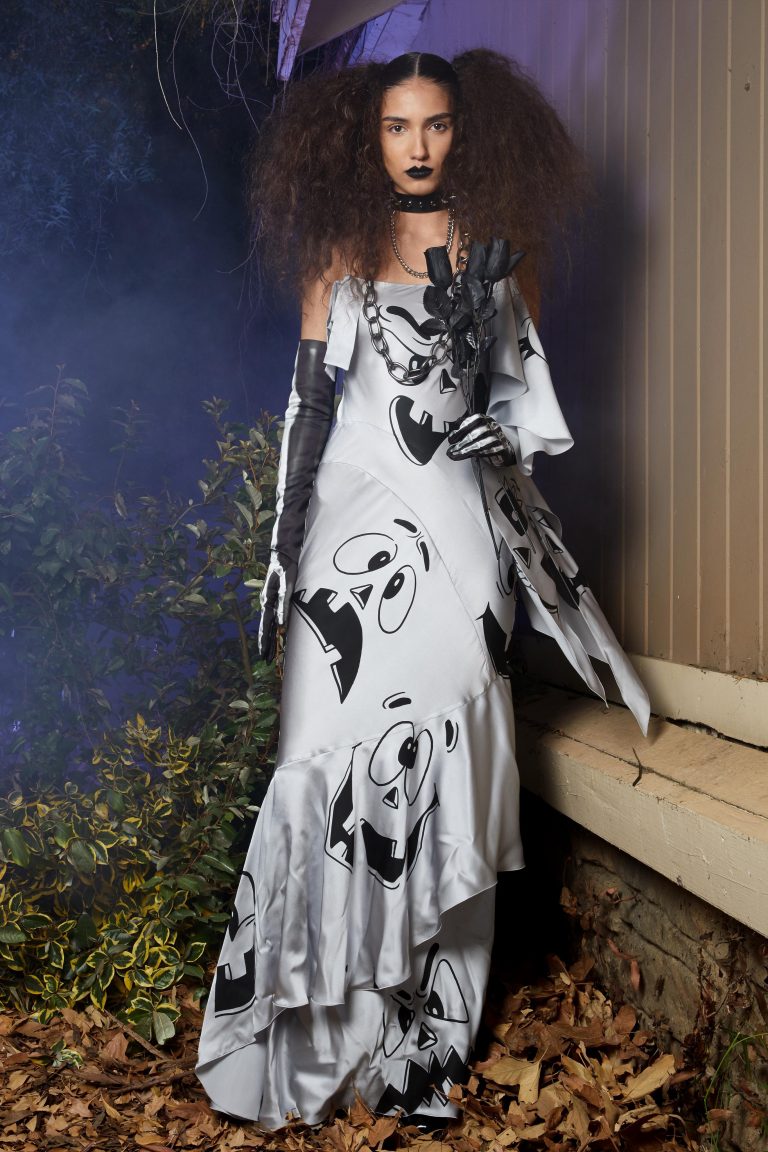 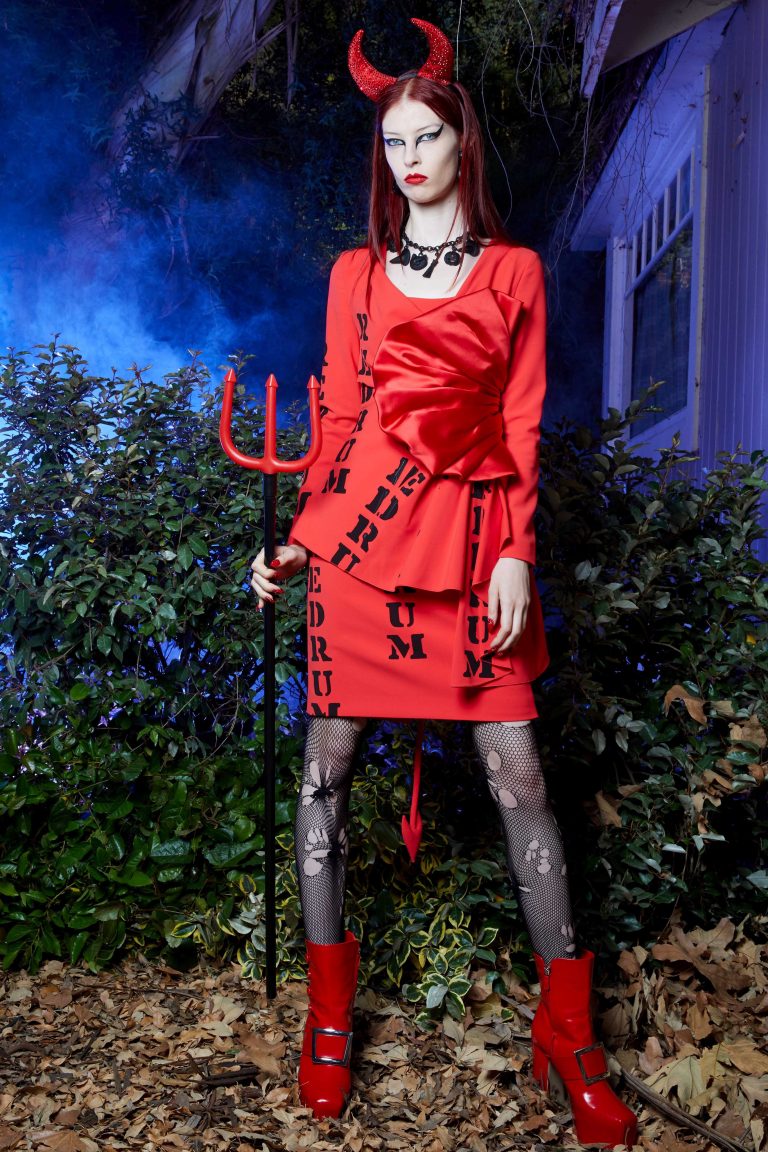 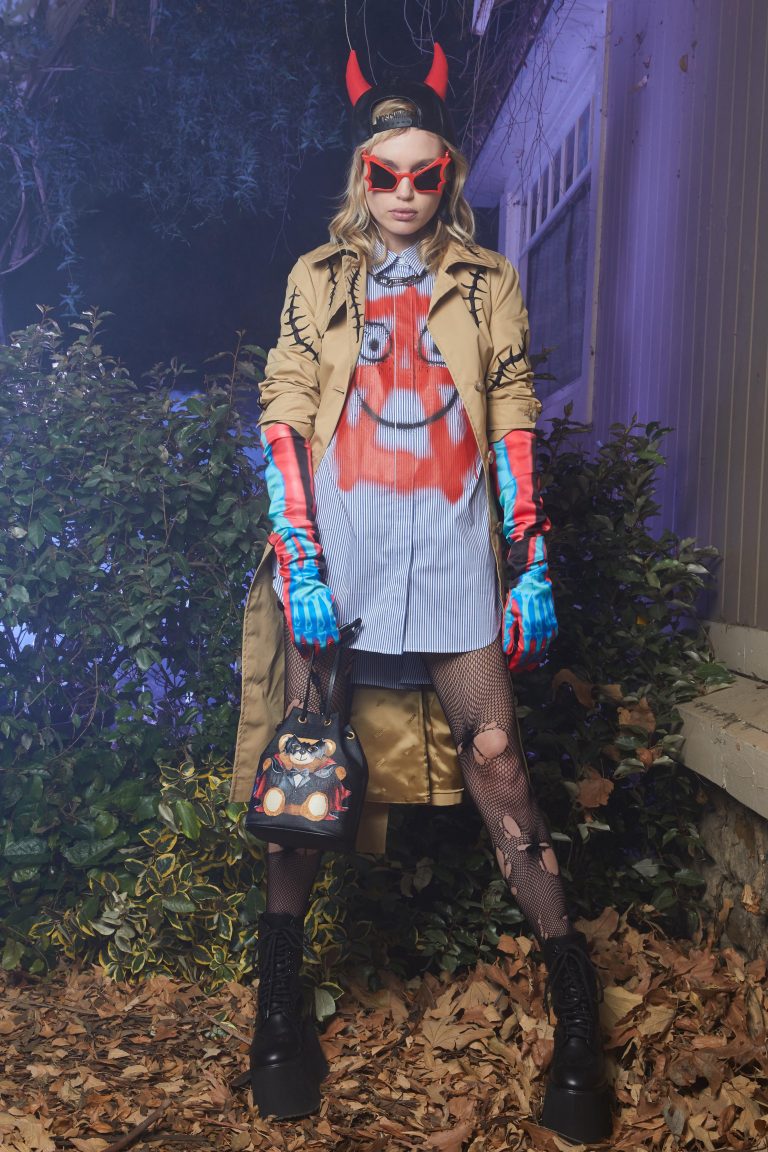 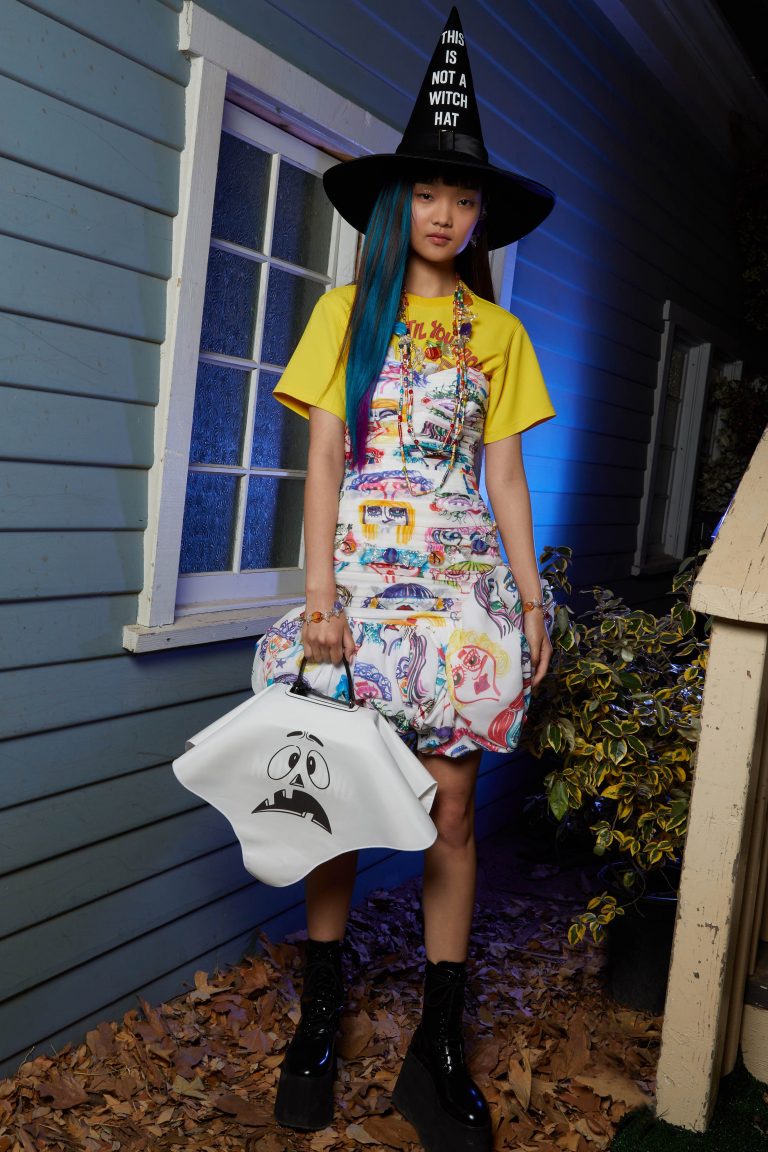 The thrill has been served. In October Netflix offers a series of