The tie is undoubtedly a must for the season, as Louis Vuitton had anticipated in the March fashion show. It had sent on the catwalk a beautiful Hoyeon Jung dressed super cool with wide striped trousers, oversized leather jacket, and floral style tie.

But the tie has always been a symbol of a career woman. So the musician-turned-actress Alana Haim and the star of The Worst Person in the World Renate Reinsve participated in the BAFTA and Oscar events of 2022 wearing Vuitton ties.

But that’s not all. Zendaya attended vanity fair’s  Oscar afterparty in Sportmax’s FW22 double-breasted suit and tie. The sartorial look called to mind the sensual power of Marlene Dietrich, another tie supporter. 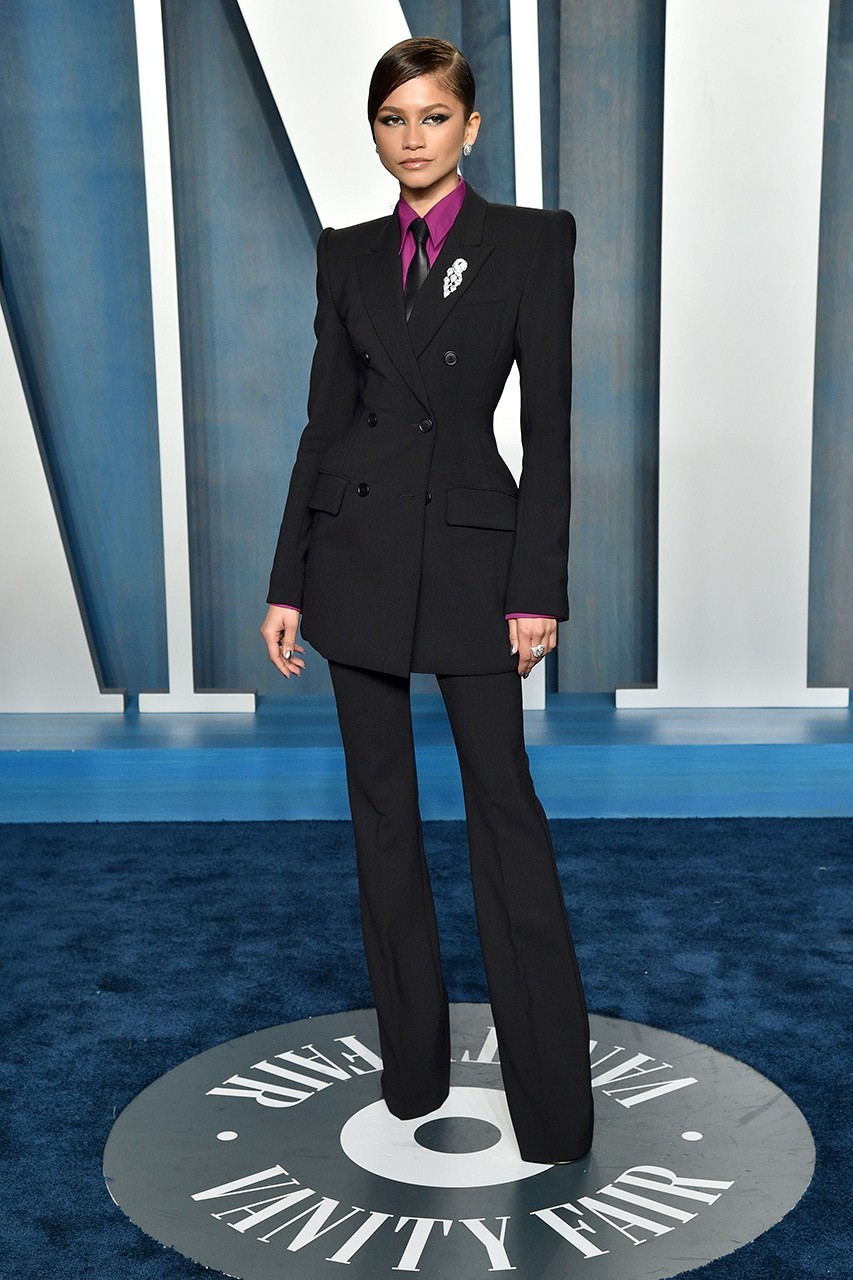 But let’s go back in time.

The relationship between women and the tie dates back to the sixteenth century, when the Duchess of La Vallière, to imitate the sovereign Louis XIV, artfully knotted a ribbon of precious silk around the neck, wearing for the first time an accessory until then reserved for men.

It is precisely in 1661, during the reign of the Sun King, that it was consecrated, so much so that it was the sovereign who entrusted the task of the king’s tie to a tailor of the country, with the precise task of arranging the accessory perfectly.

During the 30 Years’ War (from 1618 to 1648) the tie is introduced into the uniform of the Croatian military, which at that time were employed in France.

It was there that King Louis XIV fell in love with it and immediately began to wear it, spreading the fashion first in France and later all over the world. However, depictions date back to the early fourteenth century that portrays Chinese warriors and soldiers of the Roman Empire wearing a handkerchief around their necks.