For sneakerheads, the Nike SB Dunk Low “Paris” needs no introduction. Still, for those who do not know, it is a super limited series sneaker, with about 150-200 pairs in the world, made by Nike SB for 2002 traveling exhibition “White Dunk” on the occasion of the arrival in Paris. The shoe is made with the works of art of the expressionist artist French Bernard Buffet, and no two pairs are the same pairs of the same sneaker, which makes this shoe unique and precious. 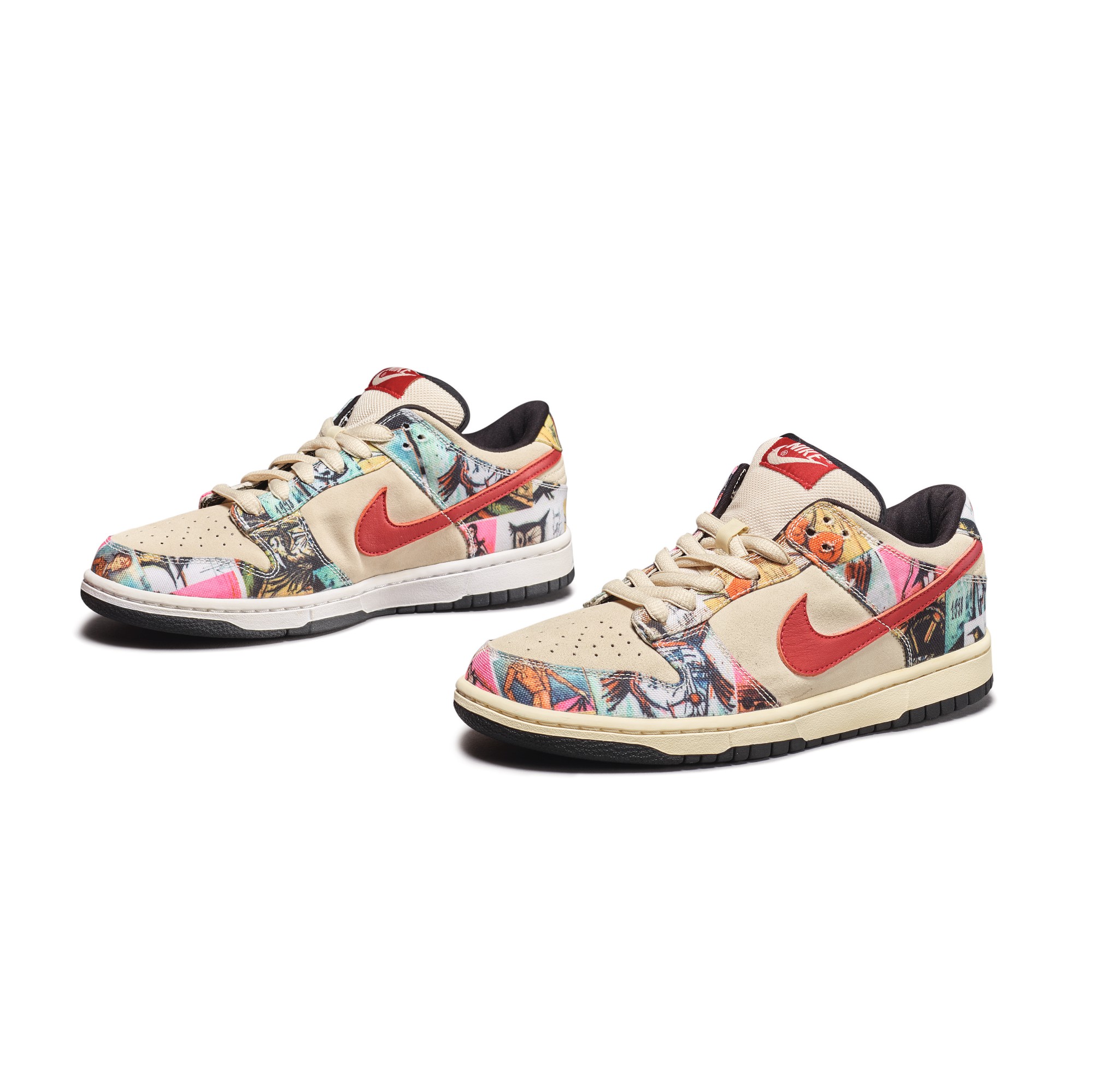 Paired with a few other shoes (definitely exclusive and valuable), the mystery customer’s total bill came in at £112,300 ($150,000). In short, this particular Nike SB Dunk Low “Paris” is believed to be, according to Proxyeed owner Ryan Thomas Symes, “the most expensive private shoe sale in the world ever, excluding the Jordan worn during basketball games.”